Ahead of the Delta State Principal’s Cup competition sponsored by Zenith Bank Plc, with the kick-off date slated for January 23rd, Comrade Sheriff Mulade, has called on Ijaw youths of Delta extraction to embrace sports as one of the keys to unlocking their God-given talents.

Mulade stated this in a chat with GbaramatuVoice correspondent on Monday January 22, 2018 in Warri, Delta State.

According to him, the annual Principal Cup competition has become a sporting event of international repute that every youth in the secondary school age bracket should make efforts to partake.

According to Sheriff, sports has become one of the major keys to unlocking talents among our youths as well as provide a stable means of livelihood to many. That informed the reason why we are not treating sports development here in Gbaramatu kingdom with levity.

Mulade explained that he recently organized a football competition as a way of providing windows of opportunity for the teeming youths to discover as well as develop their career in football.

Mulade, who was the immediate past chairman of Kokodiagbene community in the Gbaramatu Kingdom, Warri South West Local Government Area while stressing on the need to embrace sports activities opined that, it is no longer logical to say that I am a graduate and hence cannot be involved in a sporting activity.

He added that very recently, sports has become a leveler of the sort as it now provides both career and sustainable means to all that get involved.

Reacting to the participation of the Kokodiagbene Secondary School in this year’s Principal Cup, as the school representing Warri South West in the Delta Principal’s Cup competition, he expressed no surprise as he explained that he saw it coming, a development he attributed to his early involvement in talent hunt and football development in the local council.

While wishing the school a very fruitful participation, the National Coordinator, Centre for Peace and Environmental Justice, CEPEJ, in the same vein reiterated that sport has become a viable avenue of molding the young generation because the government and the multinationals within these areas cannot do it alone.

So people need to adapt and diversify their opportunities possibly in sporting activities. People need to discover their talents and make frantic effort to improve on it, he added.

Lamenting the dearth of sports in the state, he explained that; “before, in every national team, the community used to produce one or two persons but these days, you find it hard to see one Ijaw youth in the national team.”

That, he stated, informed his decision to embark on what he is currently doing in the area of sports development. 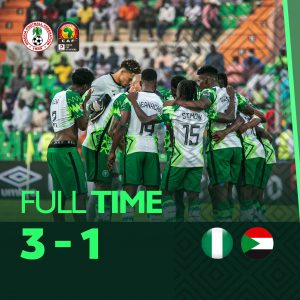 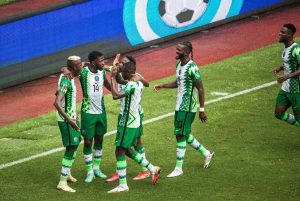