It was George Washington, a onetime President of the United State of America (USA), who once said that, “The willingness with which our young people are likely to serve in any war, no matter how justified, shall be directly proportional to how they perceive veterans of earlier wars were treated and appreciated by our nation.”

Likewise, Yahaya Adoza Bello, a Nigerian politician, businessman and the current Governor of Kogi State, has through his actions in the past six years, demonstrated that his love for his people, his home state-Kogi and most importantly shown willingness that as a young Nigerian leader, that he is laced with the capacity to take the nation’s socio-economic sector out of the woods while arresting the nagging security challenge that has currently defiled all solutions.

This opinion of mine gained its root from three different but related sources.

First was my conversation with a Kogi-based taxi driver during one of my visits to Abuja, the nation’s Federal Capital Territory (FCT) in preparation for the GbaramatuVoice Newspaper’s 6th Anniversary Lecture/Niger Delta Award.

The secondly was the global commentary about the Governor’s current efforts in the state, while the third and very key came a few days ago from the revelation by the Kogi State Deputy Governor, Chief Edward David Onoja, during a private chat at Lagos EKO Hotel’s venue of the Newspaper’s 6th Anniversary celebration.

He said in part; “Kogi State shares boundaries with about eight to nine states, a case which could have made it easy for the influx of criminals, yet, such cannot be recorded in the state because of the creative leadership daily provided by the Yahaya Bello led state government.”

Can this claim be true? Finding answers to this nagging question via objective analysis is the purpose of this piece.

First, a few months ago, precisely in April 2021, I took a train ride from Warri, Delta State to Itakpe, Kogi State. Arriving at the Itakpe train terminal at noon, I took yet another taxi to connect Abuja. Two minutes into that journey in the taxi, the journalistic instinct in me prompted a topic and the following conversation ensued between the cab operator and me. This taxi looks neat and healthy, I commented. The taxi driver; thank you, sir. Help me thank Oga Yahaya Bello, our state Governor. Why? I probed.

Let’s listen to the driver; he (referring to the Governor) gave us the vehicle as a way of getting us empowered. I am a graduate and for so many years, I have been without a job. Even to feed my family was difficult but upon assuming office, he (the Governor) bought thousands of these cabs and gave them out to the youth/men. Since then, things have changed. I am now a full-fledged man alive to his family duties. Through this cab, I have been able to establish a thriving business for my wife and feeding/my children school fees are no longer giving sleepless nights as I now meet up with those demands effortlessly.
Kogi youths, men and women are happy with our amiable Governor and that is more reason we want him as the president come 2023.

On the Governor’s effort in the areas of security, the taxi driver has this to say; “if it were to be before, we cannot pass through this road because of armed robbers and kidnappers. But Governor Yahaya mobilized/stationed on this road many personnel from the Nigerian Army, police and an uncountable number of well-trained and well-equipped local/civilian vigilante groups. Since then, normalcy has returned. Again, the governor has systematically and strategically engaged all hands in the state in different skills and endeavours, criminal activities have drastically reduced in the state.”

Indeed, while this taxi driver praised the Governor all through the journey from Kogi to Abuja, there are in my view signs that he may not be alone in this belief about Yahaya Bello’s ability to fight insecurity in the state.

In a statement made available to Vanguard, Odijie Irabor, General Coordinator of the group said the group had jointly selected Bello following thorough research.
The group noted that the attention of the International Community was however caught on Bello following his achievements of fighting insecurity, youth and women inclusion in governance, education development among others.

“We embarked on a massive consultation with our people in the diaspora through our various networks of social-cultural organizations, political organizations, media, religious bodies and many.

“This leads to the constitution of a high-powered committee to carry out a search for a young, viable, formidable, energetic, vibrant and result oriented presidential candidate for the 2023 presidential election in Nigeria.”

“Clamour for a youth president; Nigerians are condemning the preponderance of over-aged candidates for the exalted position of presidency.

“In this current political dispensation, Governor Yahaya Bello is known to be the youngest governor in Nigeria with the desired physical and mental capacity to meet the growing complexity and diversity in our political environment.

“High-security index in Kogi state; the most important function of a responsible government is the provision of security for lives and property.

“Notwithstanding the total collapse of the security architecture in Nigeria, Kogi state under the leadership of Governor Yahaya Bello has recorded a very stable security atmosphere across the state.

The situation says something else. This time around let’s cast a glance at how Olujonwo Obasanjo, son of former president Olusegun Obasanjo, added his voice to the relentless calls on Governor Yahaya Bello of Kogi to vie for the office of Nigeria’s president come 2023 as timely.

Olujonwo, who described Bello as a beacon of hope, urged the governor to step up his aspirations in order to create leadership space for the youths.

Obasanjo made the statement while paying a courtesy call on the governor in Abuja added that Nigerian youths have been neglected for too long despite the numerical strength and huge contributions in electioneering processes, have been denied the space to manifest their aspirations in political decisions making.

He said the energy and patriotism of the youths can never be in doubt – noting that at 35-45 of age, current elder statesmen like General Muhammadu Buhari, Gen T. Y. Danjuma, Yakubu Gowon and of course his father, Olusegun Obasanjo were at their best in nation-building and leadership. Envisaging a Yahaya Bello presidency, he harped on the total inclusion of youths in governance – a catalyst for fruitful, timely and productive governance templates for the people.
With a Bello presidency, there is no doubt that youths of competence and patriotic valour under the age of 27-30 can be ministers,’ he stressed.

While applauding the governor for his watertight fight against insecurity, infrastructural development drive and his wise decision and proactive leadership thrust in resolving the food blockade crises, Obasanjo tasked Bello to remain resolute and unshaken in his audacious push of occupying the seat of power come 2023.

Before the dust raised by this excitement created by Olujonwo’s kind words could settle, a heavier one created by that of his father was up as it was again reported that Mr Olusegun Obasanjo also urged the governor to sustain his effort in providing security for his state, noting that Kogi is central to the nation’s peace and development”.

“Former President Obasanjo noted that the fight against insecurity should have everybody on board, stressing that governors should involve everyone to ensure insecurity is curtailed in Nigeria.”

“While appreciating the governor for his developmental effort in the state especially in the areas of youth and women inclusion in politics and governance, infrastructure, health and education, Obasanjo charged Governor Bello to continue to be an advocate for youth involvement in governance.”

The North East Youths Coalition was not left out for the Yahaya 2023 Presidency as they have, going by reports, called on Mr Bello to run for the 2023 presidential election. The coalition which comprises groups of youths from the six states of the region that includes Adamawa, Bauchi, Borno, Gombe, Taraba and Yobe State made the call at a press conference at Zaranda hotel Bauchi.

Led by its chairman Mr Salihu Magaji, the group opined that Yahaya Bello is a youth and energetic who is full of ideas to turn things around for the better in the country.

He said the Kogi state governor as a charismatic leader has a vision of addressing all socio-economic and political challenges facing the country in order to have peace, unity and stability in Nigeria.

He said their declaration of support for Bello is not for selfish interest but to encourage the young Nigerians to occupy the presidential seat.

“The leadership of the Arewa youths coalition who are agitating for the overall development of the region has commended the leadership style of Governor Yahaya Bello for his tireless efforts for coming out to address national issues to end nepotism, colonialism, power-drunk and old method of holding future of our great Nigerian youths to ransom.

Looking at this volume of supports, it is obvious in my view that Governor Yahaya Bello deserves our support.

Jacob Abai is the Publisher/Editor-In-Chief of the Warri, Delta State-based GbaramatuVoice Newspaper. He could be reached via gbaramatuvoice@gmail.com 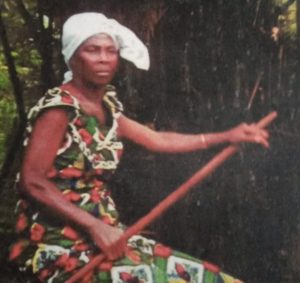