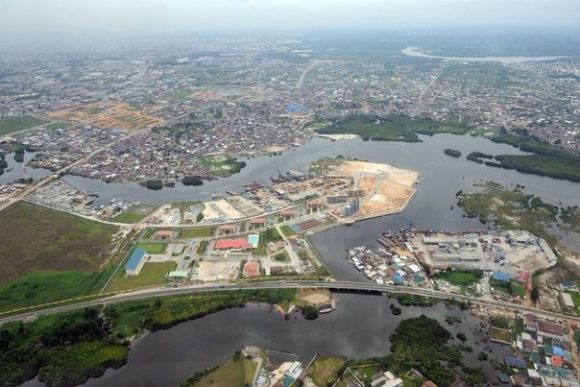 They called him Lewis, Viscount Harcourt, Secretary of State for the Colonies of Britain. Harcourt was said to have founded a port in the year 1912 now known and called Port Harcourt, which is the capital city of the present day Rivers State, Nigeria. But Rivers State was created, as a state in Nigeria, in the year1967.

But how did the rapacious Harcourt found the now called Port Harcourt whereas there were people (blacks) who were living in this port before the alleged discovery, and they called it Igwe Ocha? The population of Port Harcourt is estimated at 1,320,214 as of the year 2007, of which no lineage of Harcourt was included. Igwe Ocha lies along the Bonny River and is located in the Niger Delta. We were meant to understand that the initial purpose of the Port Harcourt founded was for him to export the coal which geologist Albert Ernest Kitson had discovered in Enugu. That in earnest means that there was a particular place, a small place, where this greedy Harcourt was using as his port, and should not mean the whole of Igwe Ocha, now called Port Harcourt. Still using the name Port Harcourt reminds one of what happened in the days of colonialism and the name Harcourt, in Igwe Ocha, showcases the hand of colonialism still intact in Nigeria.

However, after the equivocal Harcourt may have died chasing the trade of coal, Nigerians were enlightened on what goes on in the present day Port Harcourt. We are meant to understand that the main city of Port Harcourt is the Port Harcourt City Local Government Area. In this council there is Azikiwe Road, Aggrey Road, Eastern Bye-Pass, the beginnings of PHC-Aba Express Road and Ikwere Road as its major roads. And the Port Harcourt Urban Area (Port Harcourt metropolis) is made up of the city itself and Obio/Akpor Local Government Area. Its major roads are the extensions of PHC-Aba Express Road and Ikwere Road, Olu Obasanjo Road, Airport Road, East-West Road, Refinery Road, Stadium Roads and amongs many others.

The University of Port Harcourt and the Rivers State University of Science and Technology are two universities within the city. According to accounts, the city has an international airport, Port Harcourt International Airport, two seaports (F.O.T Onne, Port Harcourt Wharf), two stadia (Sharks Stadium and Liberation Stadium) and two refineries. As at 1967 when Rivers State was created, there were fifteen Local Government Areas (LGAs) in the State and when Bayelsa State was carved out in 1996, additional LGAs were created such that the present Rivers State is made up of twenty three LGAs. The State has many communities that organise community development efforts aimed at mobilising the local resources and assisting the State government in the maintenance of law and order. And this is not done by Harcourt or his descendants, if there are any.

The Lower Niger (lgboid) comprises dialects such as Ekpeye, lkwerre, Ogba, Egbema, Ndoni, Etche, and lgbo. The Ogoni group includes a large number of dialects which can be grouped into four Khana, Gokana, Eleme and Tai. The Lower Cross group has only one member in Rivers State, with the rest being in Akwa lbom and Cross River States. The language, Obolo, in this group, is spoken in Andoni and Opobo Local Government Areas (Salawu.

Like in other world’s democracies, we are told that there are three arms of government in Rivers State. they include, The Executive Council; The Legislature; and The Judiciary. The State Executive Council is made up of the Governor, the Deputy Governor, and around 20 commissioners, special advisers and the Secretary to the State government. The commissioners are the overall heads of the ministries, while the permanent secretaries oversee the daily activities of the same ministries. The parastatals are organs of the government charged with the establishment and running of certain key economic areas of the State government. They are placed either under the supervision of the Governor or the Deputy Governor. The special advisers are assigned responsibilities in the following areas to enhance productivity and accountability: education, information, hotels and tourism etc.

We are also told that there is block called the Podium Block of Rivers State Secretariat, which is the icon of the city, an eighteen-storey building. It has the tallest building in the South/South and South/East Geopolitical zones combined. The city is sprawling in nature as building codes and zoning regulations are poorly enforced.

Igwe Ocha being a peace-loving town before the advent of Harcourt, the activities of several armed militant gangs have cast a huge shadow on life and commerce in the once peaceful town, in recent times. The gangs claim to fight for the interest of the indigenous people of Rivers State and the Niger Delta region of Nigeria, without going to fight Harcourt who exploited the land. These gangs are asking for a share of Nigeria’s oil wealth. They are however better noted and feared for violent conduct that includes random and targetted killings, arson, kidnappings of both foreign workers and indigenous people and bombings. After a spate of violence in 2007, a curfew was imposed on the town. This was however lifted by the Governor of Rivers State in the last days of 2007. On new year’s eve, 2007, Port Harcourt was once again rocked by violence which left at least sixteen people dead.

So, should we still continue to answer the name of this English man who looted us? What remembrance is there in answering Harcourt’s Port, instead of Igwe Ocha? Igwe Ocha is African, not Harcourt. We have to look into this and make amends. The same is applicable to those who bear the white man’s names. For what reason should the clergy prefer to baptize a child with the name of a white man instead of our local names? It is high time we began to look into most of these errors the white men caused us and begin to correct them; else we remain a people so confused forever.

Odimegwu Onwumere is a Port Harcourt-based journalist and poet.