How a single man has taken the initiative over a region normally regarded as one of the more intellectually endowed, and at the same time, revolutionary inclined regions, would underline the uncommon political sophistries of Senator Godswill Akpabio.

For more than two years, Senator Akpabio had his way at the Niger Delta Development Commission, NDDC, a platform that was more or less a shared bounty for the region’s political and militant warlords.

Established by an act of the National in 2000, it was President Olusegun Obasanjo’s answer to addressing the militancy that flowed from the region that was reignited by the Million Man March to foist Sanni Abacha as perpetual ruler in 1998.

Niger Delta activists after seeing the beauty of Abuja and the well laid bridges without rivers in the capital city returned home after the march to seek their own resources by breaking the pipelines.

One error that has taken root over time was the narrative that the NDDC was originally conceived as a sop to the goose that lays the golden egg.

The creation of the NDDC could have been the turning point for the development of the country given the popular acclaim it got from all sections of the country. Obasanjo had without prompting in his first days in office proposed the bill for the NDDC to the National Assembly.

In processing it, the National Assembly made fundamental alterations in funding and appointments that were unacceptable to the president.

Obasanjo apparently felt let down by the political activists in the National Assembly who he felt had not just taken the shine away from him, but were now portraying him as anti-Niger Delta for his refusal to sign the altered bill.

One of the defining moments of the Fourth Republic democracy was the time sometime in June 2000 when the two chambers of the National Assembly overrode the president’s veto on the bill.

In overriding the veto, it was interesting that all sections of the polity did not look at the fact that the Niger Delta was going to benefit at the expense of the rest of the country.

What they looked at that time was that the Niger Delta had been systematically diminished overtime in developing the rest of the country.

That defining act of the Chuba Okadigbo – Ghali Na‘abba led National Assembly in overriding the president was not the only defining point. After the override, the legislators got to understand their own helplessness as they were unable to bring the commission to exist. Hence, Obasanjo’s ego was massaged and he brought the commission to exist sometime in 2001 by appointing the officers of the NDDC.

It is easily said that since then that the agency for most part turned into a platform for political patronage for regional leaders and their northern godfathers in Abuja.

Even at that, the loot as it were, went round among a large section of the elite class with governors, National Assembly members, and many others profiting.

It is a truism that the masses who dwell in the creeks and other areas of the region continued to wallow in the dark.

From time to time there were also internal kicks among the ruling class leading to the dissolution of the board especially after Obasanjo left office. As with many issues of governance, Obasanjo was almost always prompt appointing new boards at due season.

ALSO READ: NDDC Forensic Audit Report: Have you read it?

However, the advent of the APC administration in 2015 turned things upside down. The first sign of disorder was the dissolution of the Senator Bassey Ewa-Henshaw led board that the Muhammadu Buhari administration inherited. No consideration was given to the Act that provided for the term of the board.

That was the beginning of the illegalities of Interim administrators. The Victor Ndoma-Egba led board that was inaugurated by the Buhari government did not last more than two years before another interim administrator was brought in.

Since his emergence as minister of Niger Delta, it is remarkable to observe how Akpabio has overseen a regime of illegalities and thrown off balance both saints and sinners that had profited from the Niger Delta sauce.

When Ms. Joi Nunieh, a Port-Harcourt lady known to be a Buhari family insider was appointed as head of another illegal management, it was believed that Akpabio would be in check. But no. He not only succeeded in pushing away ‘Buhari’s girl’ but consolidated on his powers. Even if one were to believe the lady’s unverified claim that she gave Akpabio an uncommon slap, it still does not change the narrative that he continues to supervise the reign of illegality in the prime development commission for the Niger Delta.

Beyond the claims of forensic audit and cleansing the Augean stable, many in the know trace the present grip of Akpabio over the NDDC to the squabble among APC leaders on the appointment of an executive director for finance in the Pius Odubu board that never came to be.

Those who thought they could take the position of Executive Director (Finance) from Akpabio must now be regretting as he has fully taken EVERYTHING! But the question is after all these, where will he go after 2023? 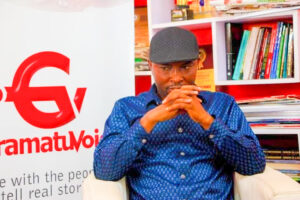 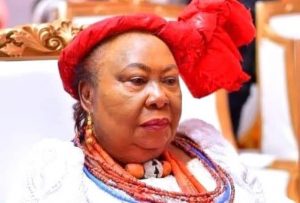