GbaramatuVoice reliably gathered from a serving councilor that the administration of the current local government chairman appears to be the worst the council has ever recorded.

Hon. Taiye Duke Tuoyo is the Chairman of Warri South West Local Government Area, Delta state Nigeria. He was first elected in January 2018. Upon expiration of his first tenure, he got re-elected in March 2021, through a process Warri-based commentator recently described as ‘’Kangaro local council election organized in the state by Senator Ifeanyi Okowa led administration.”

Essentially, when he was elected, the people going by commentaries concluded but hastily that his coming will, without doubt place the council and its people on a hypermodern path. Warri South West indigenes also dreamt, hoped and prayed that the elected chairman would provide social justice and guarantee social mobility for the residents.

However, little did they know that they have created more problems than solutions, voted liability than assert, and lamentably caught a big snake as against the hoped ‘big fish. Today, the relationship between the chairman and other stakeholders (councilors, workers in the local council and indigenes) have been dashed by Mr. Chairman’s non performance in the office. Also, the excitement that heralded his coming has equally gone with political winds.

A recent visit to the once booming local government secretariat in Ogbe-Ijoh by GbaramatuVoice team revealed a veiled agreement among civil servants, councilors and other critical stakeholders in the local government area, that the council chairman is shirking the traditional but universal responsibility of provision of economic and infrastructural succor to the indigenes of the council which the instrumentality of participatory democracy and election of leaders confers on him.

GbaramatuVoice reliably gathered from a serving councilor that the administration of the current local government chairman appears to be the worst the council has ever recorded.

He said in parts; “My brother, (referring to GbaramtuVoice correspondent) let me tell you. You see, let’s not deceive ourselves. For a couple of months now, the allocation accruable to the Council has improved. Currently, Warri South West Local Government Area receives a monthly allocation of over One Hundred Million Naira (N100,000,000) every month, from the Federal Government. This amount excludes the internally Generated Revenue (IGR).

“Yet, save for payment of councilors and workers’ salaries, the council chairman cannot account for these huge sums that come to the council. He has not executed any project. This is his second term and that is what the Council has suffered in his two terms of being in the saddle as the council boss.

“He is running the council as a one man show. He has no time for anybody. He believes that since he is close to the state Governor, Senator Ifeanyi Okowa, nobody can query him. He is not always in the Council to provide the missing leadership. He is always on transit. From Warri to Asaba, Asaba to Abuja, Lagos, Port Harcourt and back to Asaba.

“Everybody is complaining about his kind of leadership. You can go round and ask other Local Government workers and you will be shocked about the kind of responses you will receive.

Cat and rat relationship with councilors

When asked by GbaramatuVoice correspondent about his relationship with the lawmakers, the councilor again responded thus; “No relationship exists. Or better still. It is a cat and rat form of relationship. He feels that he is a ‘god’ that should be worshipped by all.

Continuing, he added; “You can imagine that a while ago, we (councilors) impeached our speaker/who is the leader of the House (legislative arm) because he was not leading us right and elected a new one. And to our chagrin, the Chairman openly told us that he cannot work with the new Speaker we independently elected. Maybe he was looking for a legislative arm that he would turn to a mere rubber stamp but we resisted such a move.

“Since then, we have been in court over the matter. The case in court was recently adjourned to sometime in October.

On why Councilors are not making an impact in their various communities, he told GbaramatuVoice that as Councilors, they are not getting any funds for constituency projects. “Nothing is given to us except our salaries. And as soon as we are paid, we service our loans, and we are practically left with nothing.”

“That is the kind of situation we have found ourselves under the present chairman. We are suffering, Local Government workers are suffering. The Council Chairman is answerable to Asaba and has no time for us,” he concluded.

Indeed, the Councilor may not be alone in this line of belief as GbaramatuVoice correspondent further discovered from another council worker , this time around a female, that leadership-wise, all is truly not well with the Warri South West Local Government Area of the state.

Lamenting bitterly to GbaramatuVoice about their ordeal in the hands of the council current leadership, she said in parts; “This is my 15th year in this council as a staff and with that period of stay here, I can authoritatively tell you that as local government, we have never had it this bad in terms of poor leadership.

“Today, all the communities including Ogbe-Ijoh, the council headquarters are singing in discordant tunes. The impact of the chairman are not felt in any of communities within the local government. Go to places like Oporoza, Kokodigbene, Ogidigben, Ugborodo, Okerenkoko, Isaba, Benin River, Benikrukru, and other riverine communities, the story is the same – neglect, abandonment and poor services on the part of the local government chairman.

“Now, the question is, if all these Chairmen perform, what stops that of Warri South West Local Government Area from performing?” She then urged all well meaning indigenes of the Council Area, irrespective of ethnic or tribal divides to team up and call the council boss to order or let the councilors move for his impeachment.

Lamentation from the communities

Tragically unique is the fact that the same feeling in the council about the current council boss also flows on the communities.

For instance, some of the Ijaw and Itsekiri communities visited by GbaramatuVoice shows similar accounts of lamentation: They were particularly not happy that a local chairman could be in the office without making any attempt to improve their life chances via provision basic social amenities.

According to Gift Teiwei, the chairman of Igoba community, “It is a terrible situation. The level of neglect we have experienced under the current chairman of our local is disheartening. We are not even the only community affected by such neglect. Go round all the communities in Warri South West, including his own community where he hails from, the story is the same.

“The most painful aspect of this narrative is that he has not even for once deemed it necessary to visit us to know the needs of the communities. 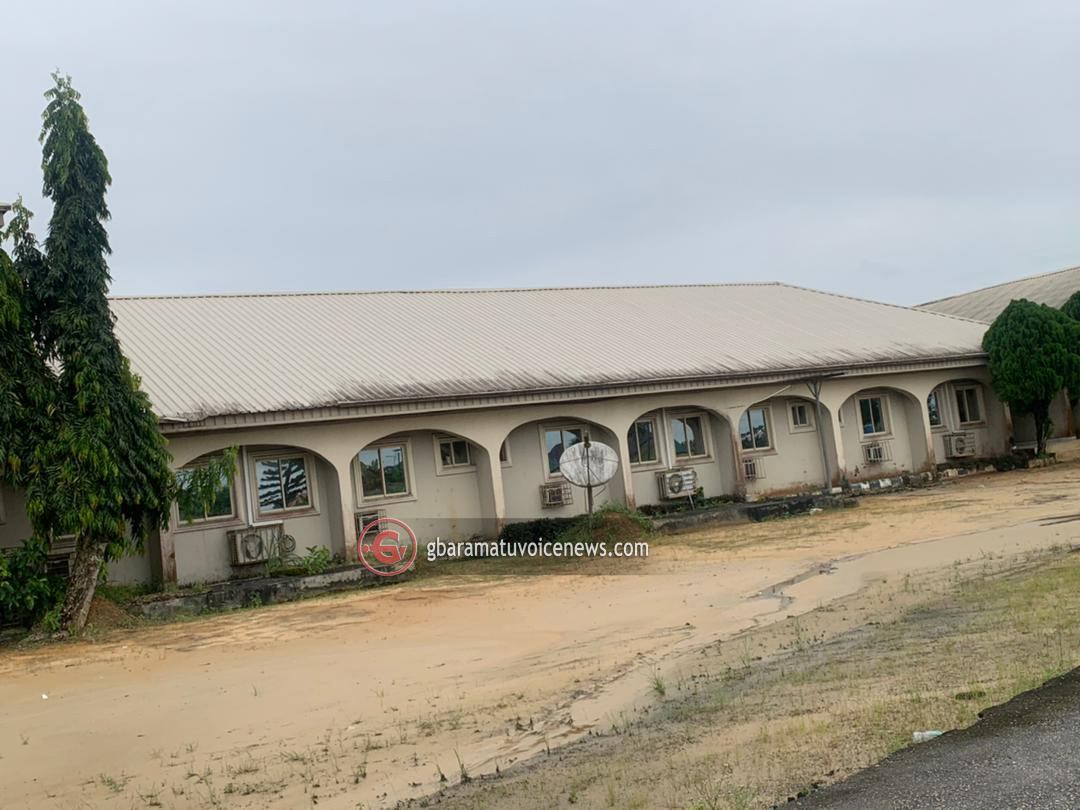 Aside from the above comments by the community chairman, a teacher told GbaramatuVoice something that is troubling.

In his words; “I have never believed in the leadership of this man (referring to local government chairman), he is Governor Okowa’s political son. and nothing good comes from Okowa. Go to Asaba, Warri and see what is happening. Governor Okowa did not develop Asaba. He did not even develop his village. His only legacy is that he caused confusion and division among Ika people – between Ika South and Ika North Local Government Areas. If this is happening in Okowas domain, why should we expect a positive result from his political son? Like father, like pikin.” He concluded.

Also, some of the primary schools visited by GbaramtuVoice within the local government wore ‘garments of neglect’. They were visibly lacking in infrastructures necessary for learning; fallen windows and ceiling, inadequate chairs and poor sanitary facilities – a failure which promotes open defecation among students. GbaramatuVoice also observed the fact that most of the primary schools were starved of adequate and qualified teachers.

Also disappointing is the state of health centres within the local government. While most of the centers were under lock and key and visibly overtaken by grasses, the ones that were open had no health officers. GbaramatuVoice also observed that basic drugs such as paracetamol among others were equally absent in most of the health center.

From what we saw, it is unthinkable that a democratically elected public office holder will allow public institutions degenerate to this level. It is condemnable and in bad light.

The Newspaper, therefore calls on the Local government chairman, Hon. Taye Tuoyo to take practical steps to address these ugly situation that exists in the local council under his watch.

It is equally important that Mr. Chairman in the interest of the public and accountability make public records of all the income/expenditure that have accrued to the local government within his tenure.