The Redemption Hall of the Redeemed Christian Church of God, Delta Province 5 Headquarters, Bright Hope Street, Effurun, Delta State, venue of the Ijaw (Izon) day event was on Sunday June 26, 2022 decorated to impress, and it did impress. The hall was dotted with the regalia of the Ijaw ethnic nationality in Nigeria, and was filled to capacity with over 2000 persons made up of members and non-members of the Redeemed Christian Church of God, youths and middle aged with a sprinkle of the old.

Although, the event has been ongoing for weeks, but on this particular day, at that time and in that place, the Ijaw nation who were well represented in the church were given ample opportunity to display their well rehearsed rich cultural heritage which includes but not limited to songs and dances, to the glory of God.

They celebrated this unique event ‘Izon (Ijaw) Nativity Sunday,’ with Hon. Emomotimi Guwor, a member of the Delta State House of Assembly representing Warri South West Constituency, among the several dignitaries at the occasion.

This event has its common objective —promotion of peace and unity in the country using a cultural programme.

GbaramatuVoice newspaper reliably gathered that the programme started some weeks ago and was kick-started by the Urhobos. They were followed by the people of Kwale. The organizers of the event also told our correspondent that next Sunday, July 3rd, 2022 will be the turn of the Itsekiris, to be followed by the Isoko and the Yoruba, respectively.

While delivering the sermon of the day titled ‘Divine Intervention,’ the guest speaker, Pst. James Yelemu, explained that every man has a spirit guiding him and that spirit can protect one from danger citing the example of the Ijaw people who encounter danger while at sea but are still taken through it by God. He quoted the book of 2 Chronicles 20:3 where three tribes gathered against Jehosaphat and he became afraid but, upon looking up and calling on God with fasting, he was delivered. He finally used the story of David to buttress his point.

Speaking to GbaramatuVoice on the day, Hon. Emomotimi Guwor said: “The significance of Ijaw nativity is to display the culture, tradition and to showcase the wealth of the Ijaw people and their beauty, their beliefs. Indeed, today’s service was awesome. It is a great day as great personalities graced the event.”

He explained that, “The significance is that it is a special Sunday set aside for the Ijaw ethnic nationality to showcase their rich cultural heritage in line with biblical doctrines and injunctions. Also serving as a vehicle for evangelism.”

His advised the Ijaw nation to maintain and showcase their rich culture anywhere they find themselves and always stand for the truth which the Izon language depicts as well as worship God in spirit and in truth.

On her part, Barr. (Mrs.) Sally Anenu, the Sunday School Teacher of the parish said: ” We thank God for today’s service and also the Izon /Ijaw Nativity Sunday attendees. Indeed, I am blessed to be among all these wonderful personalities. I am overwhelmed. The significance of this Ijaw Nativity Sunday stands for the display of the Izon culture, their beliefs and it also signifies their wealth and beauty. God really came down today. The service was awesome and I am glad it all went well and was successful.”

The event was spiced with different Ijaw cultural groups taking turns to sing and dance to the glory of God and to the delight of the congregants.

Pastor Olaitan Olubiyi, the Minister-in-Charge of the parish, was full of thanks to God for the success of the event and blessed all the attendees.

Present at the day’s programme were top government officials, traditional rulers and chiefs, businessmen, among others.

The Ijaws are a collection of people that are indigenous to the Niger Delta in Nigeria. With a population of over twenty million, they are the most populous tribe inhabiting the Niger Delta region and the fourth largest ethnic group in Nigeria with a very rich culture.

Aside their rich culture, the Ijaw people are reputed to have beautiful landscapes, climate, lifestyle, arts, tourist attractions, and some of the most delicious delicacies in the Niger Delta region. 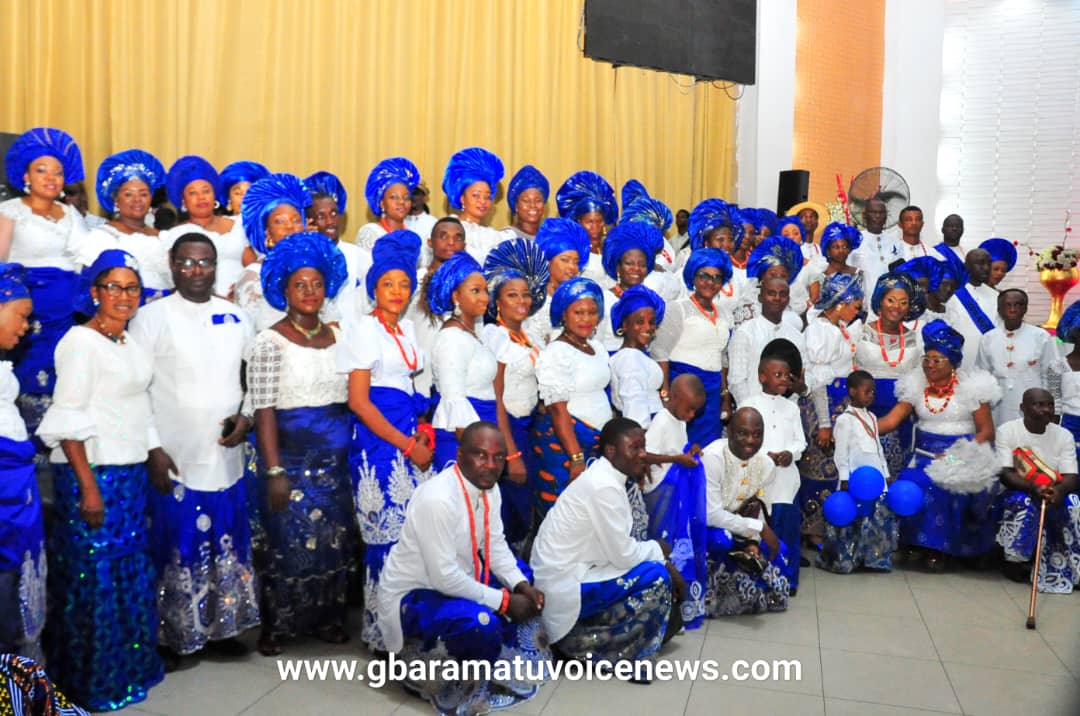 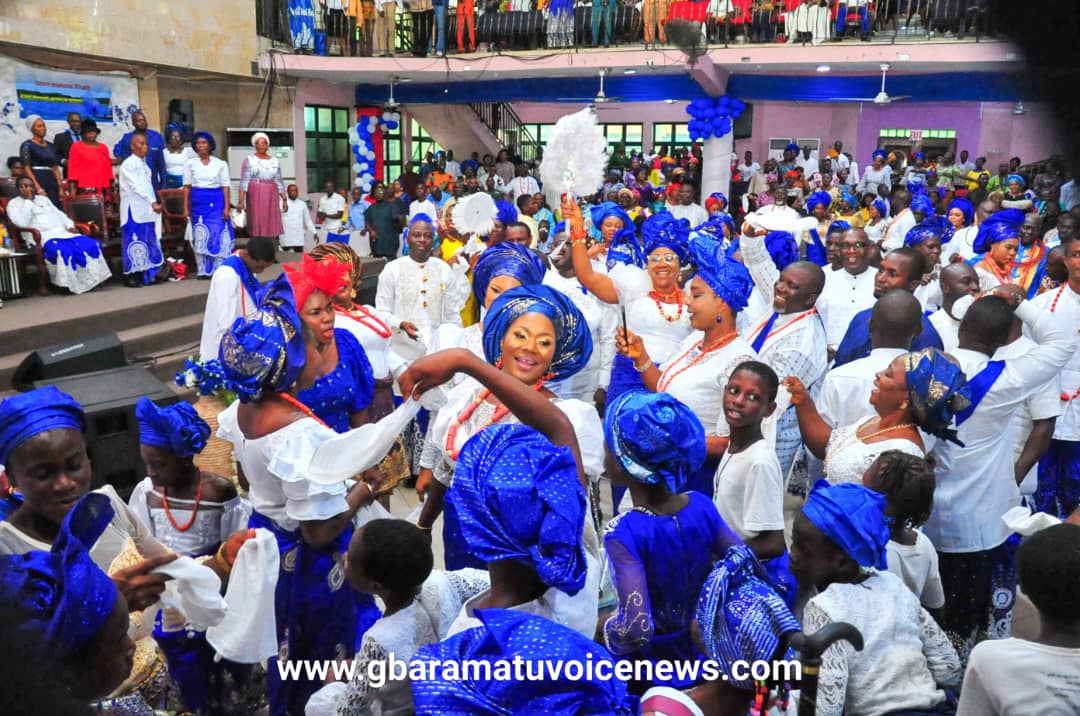 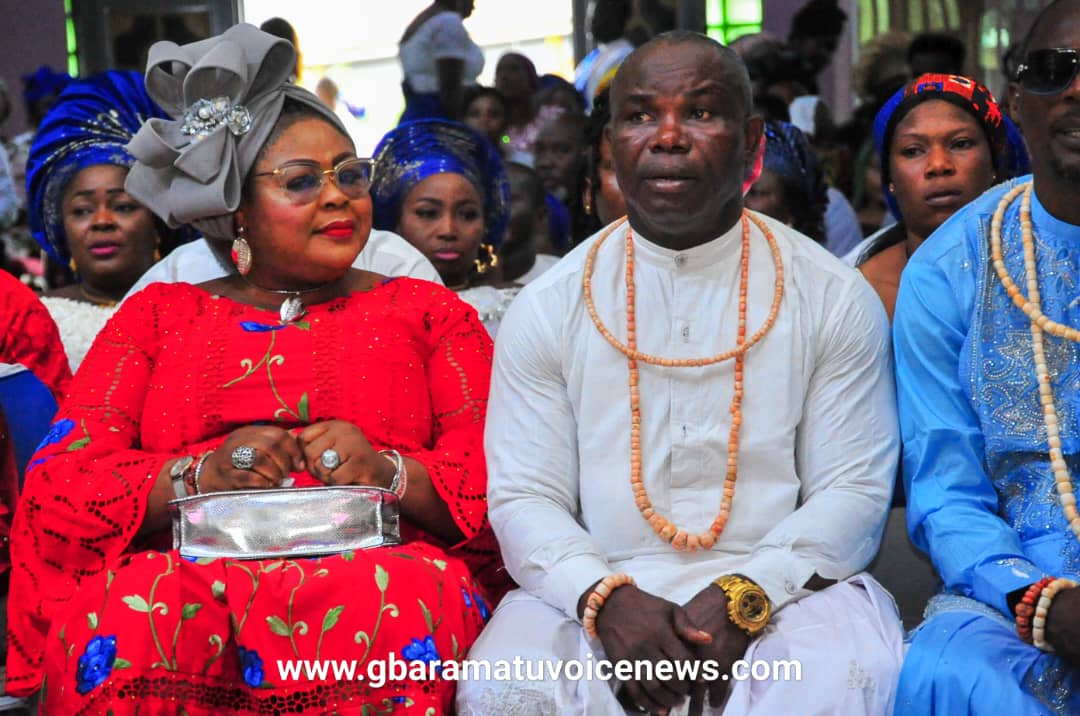 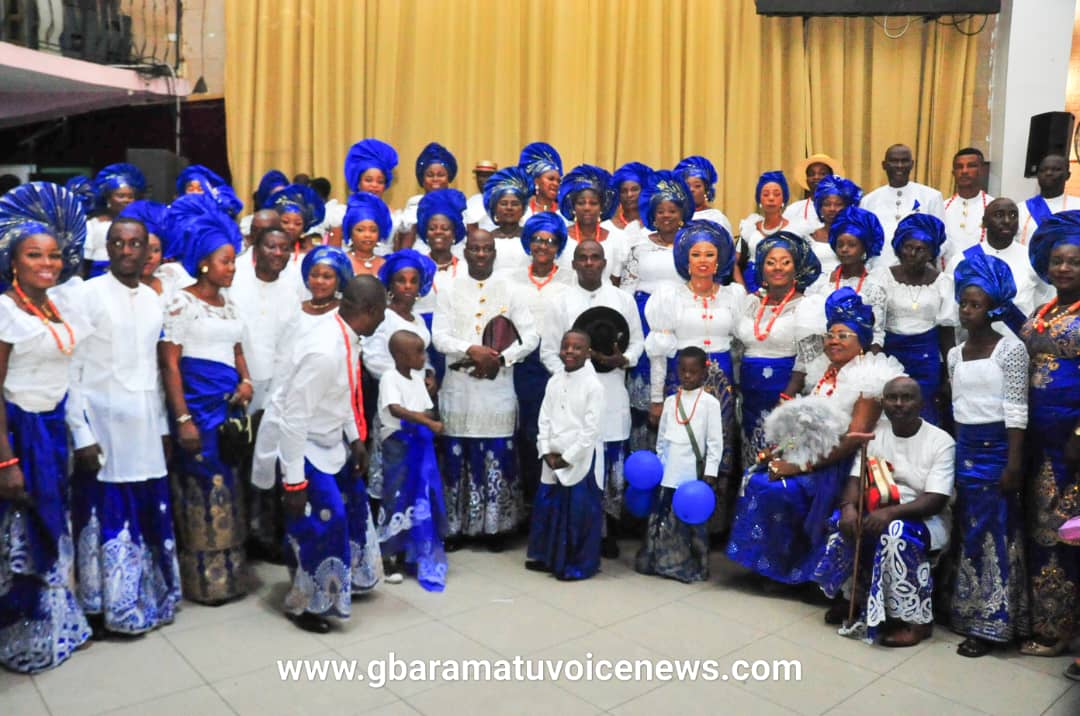 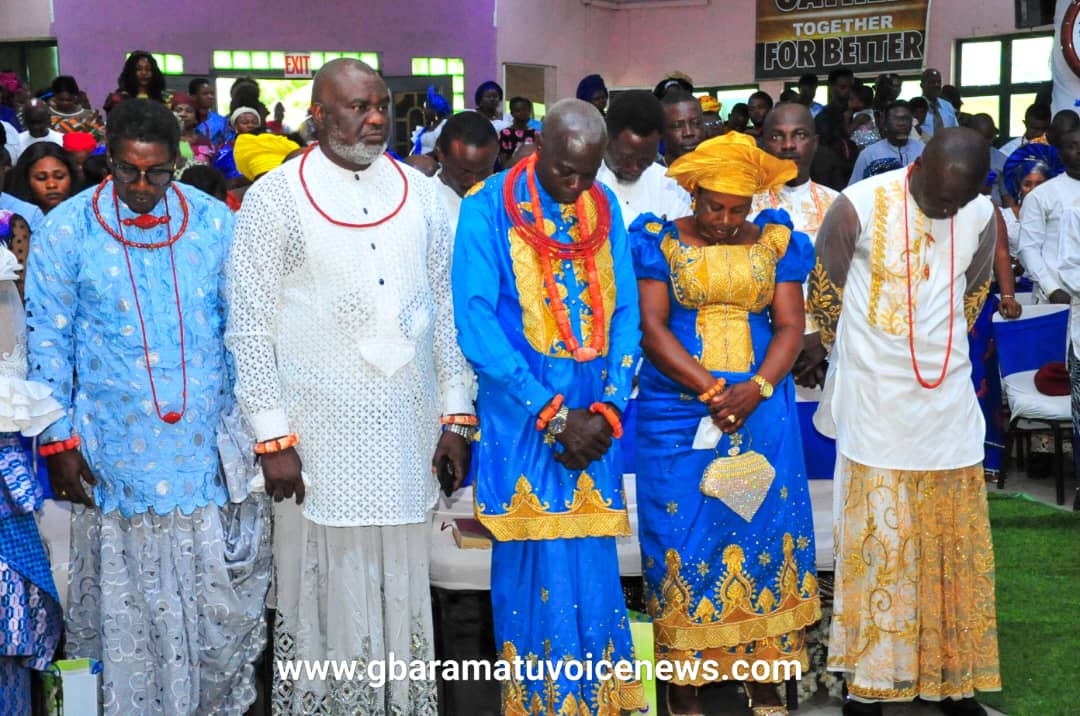 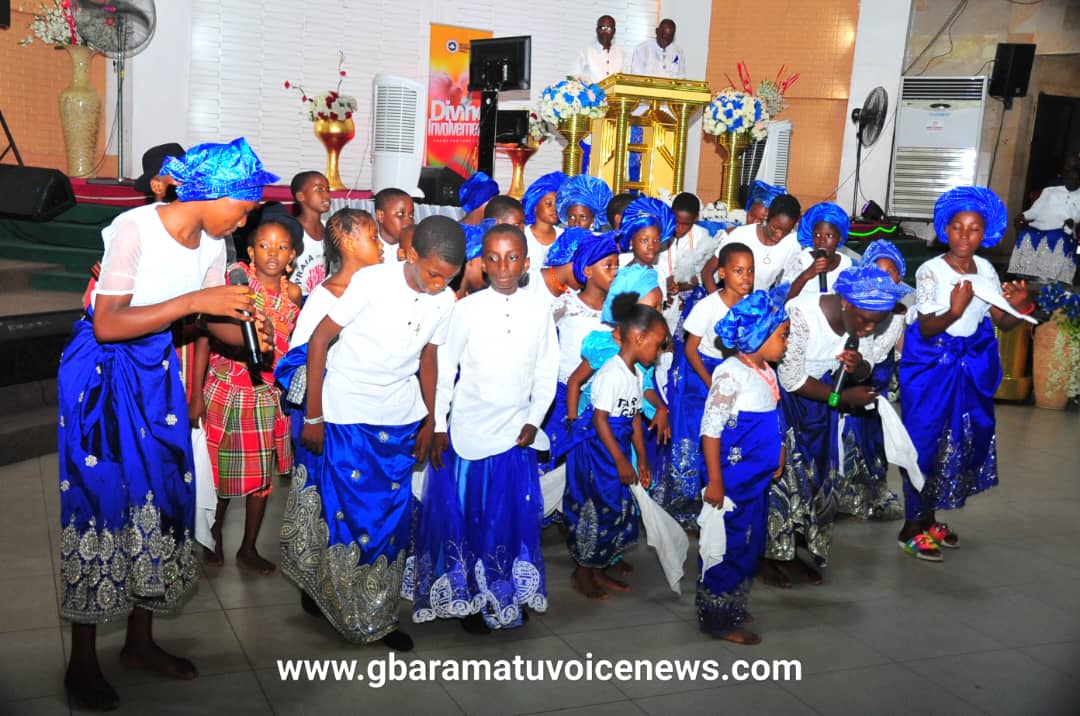 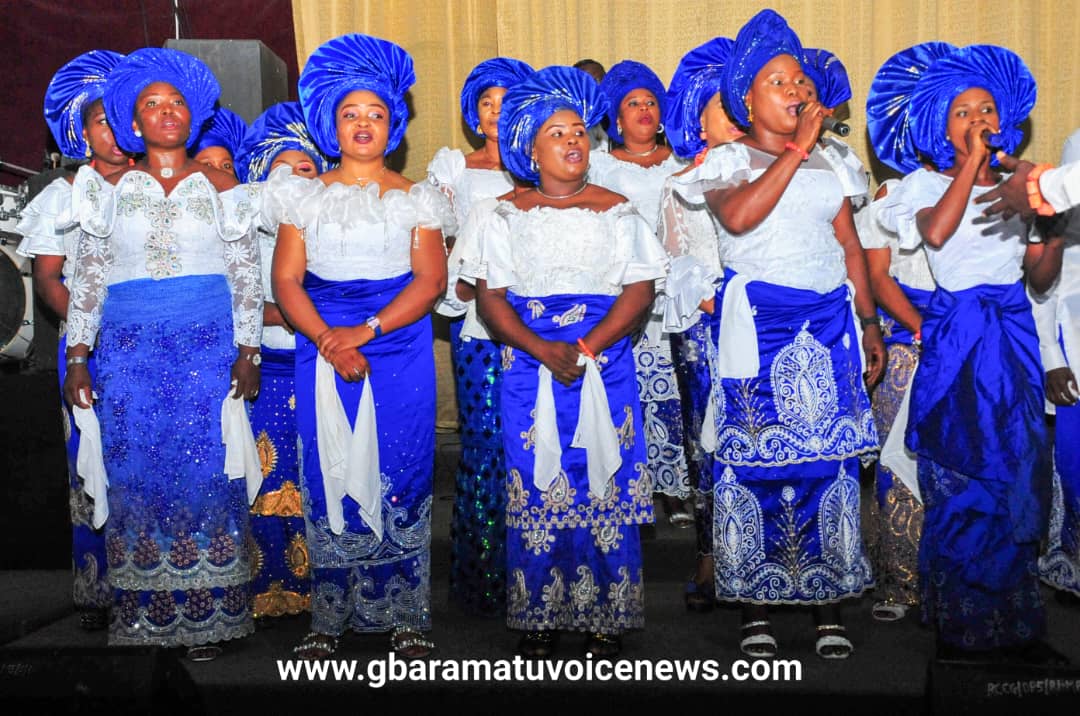 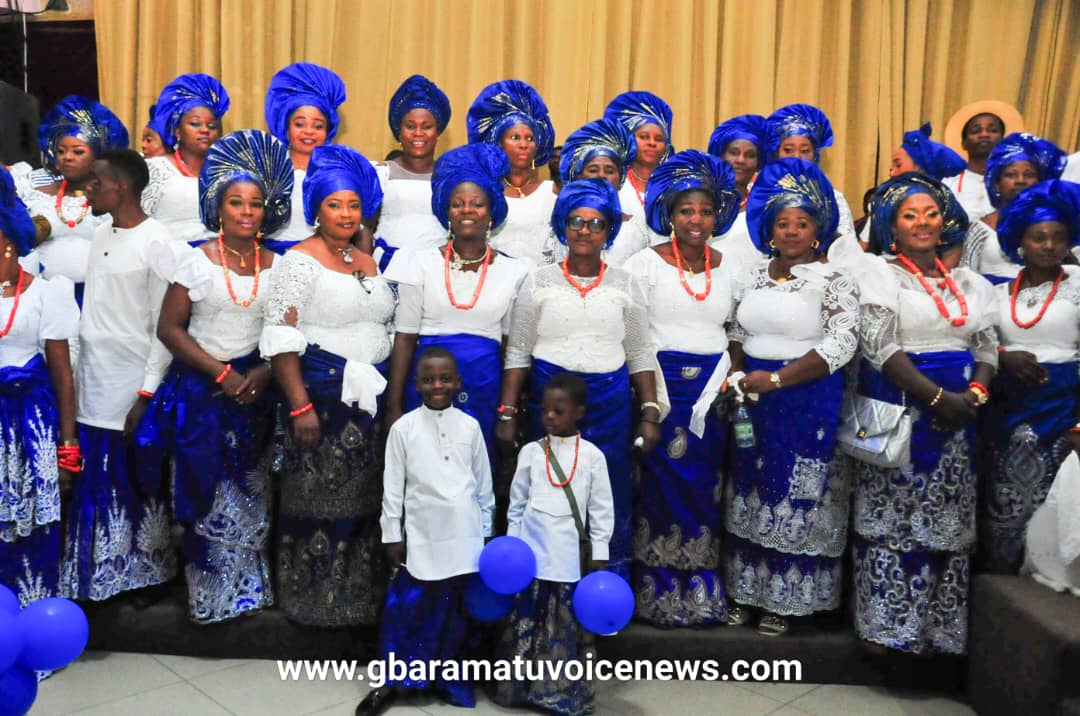 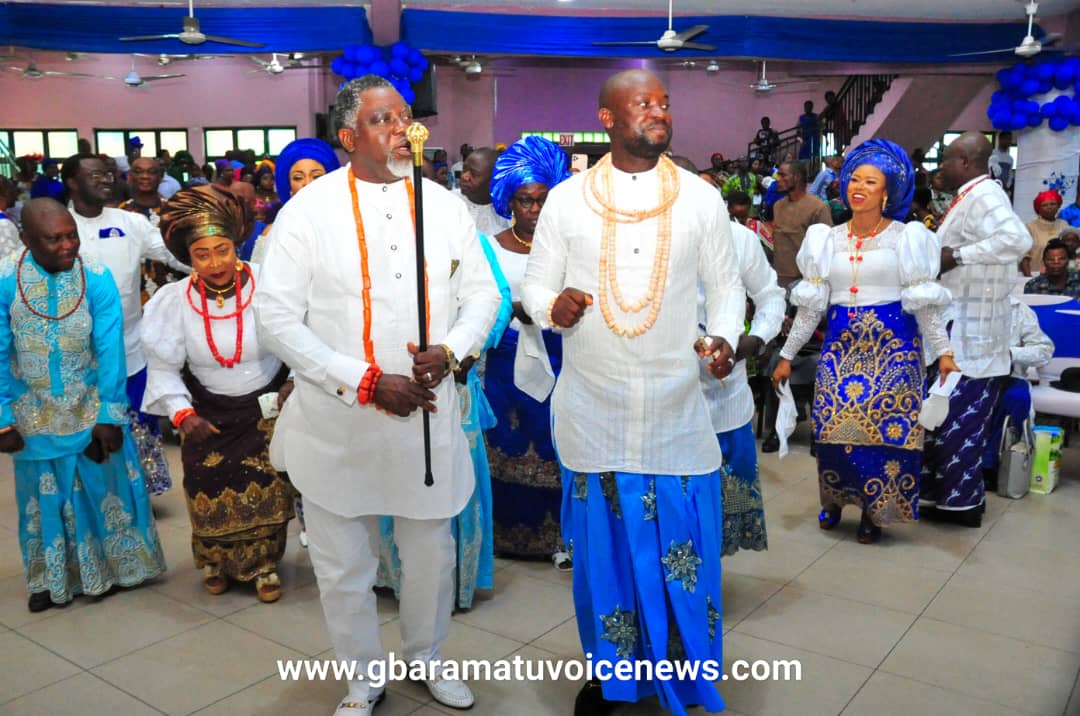 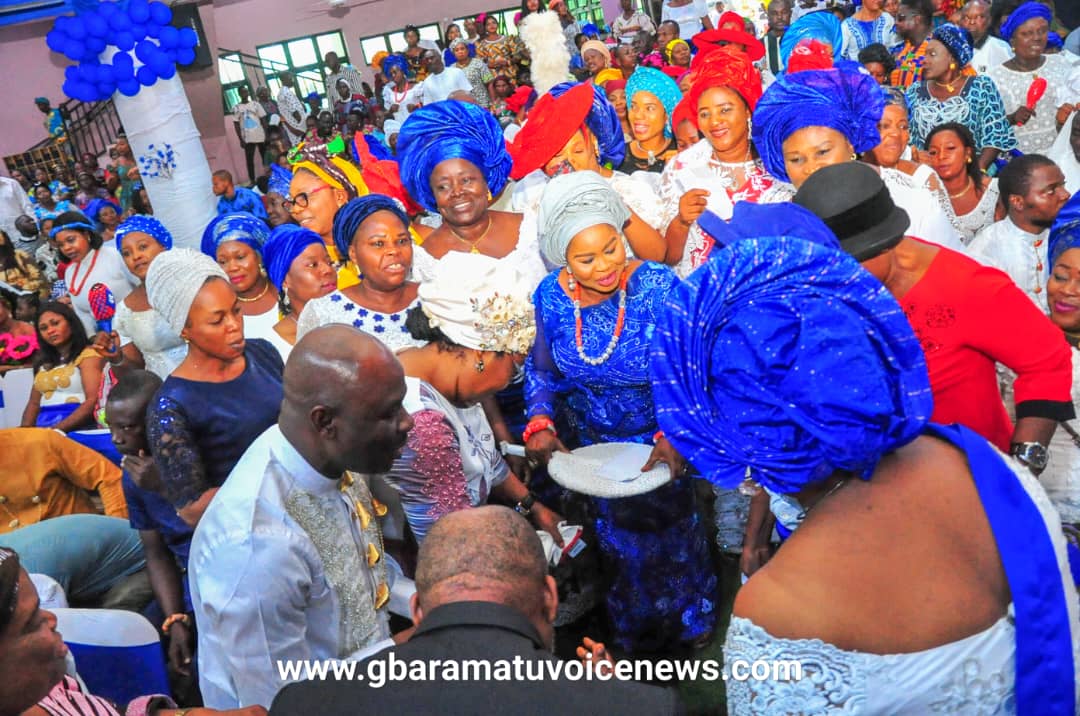 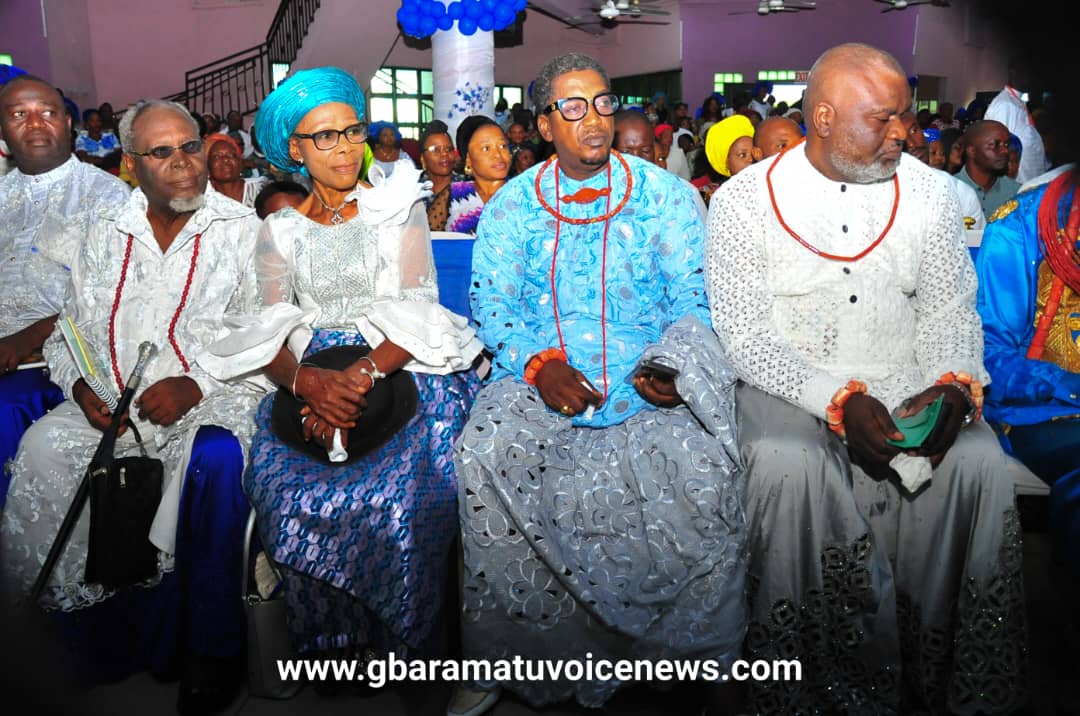 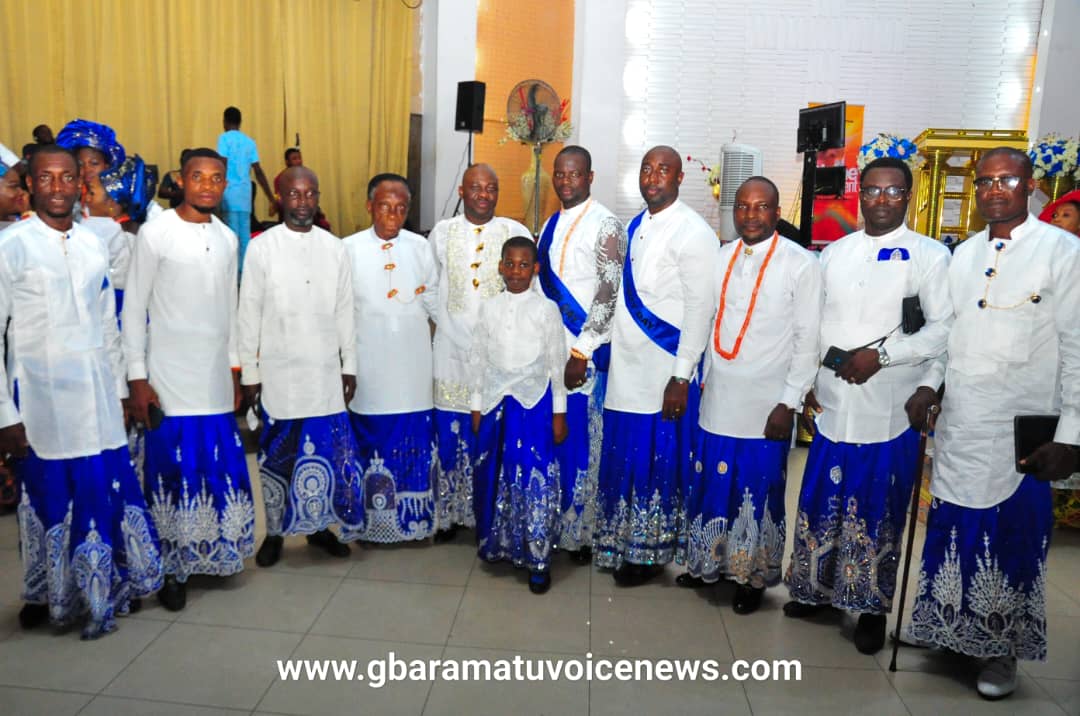 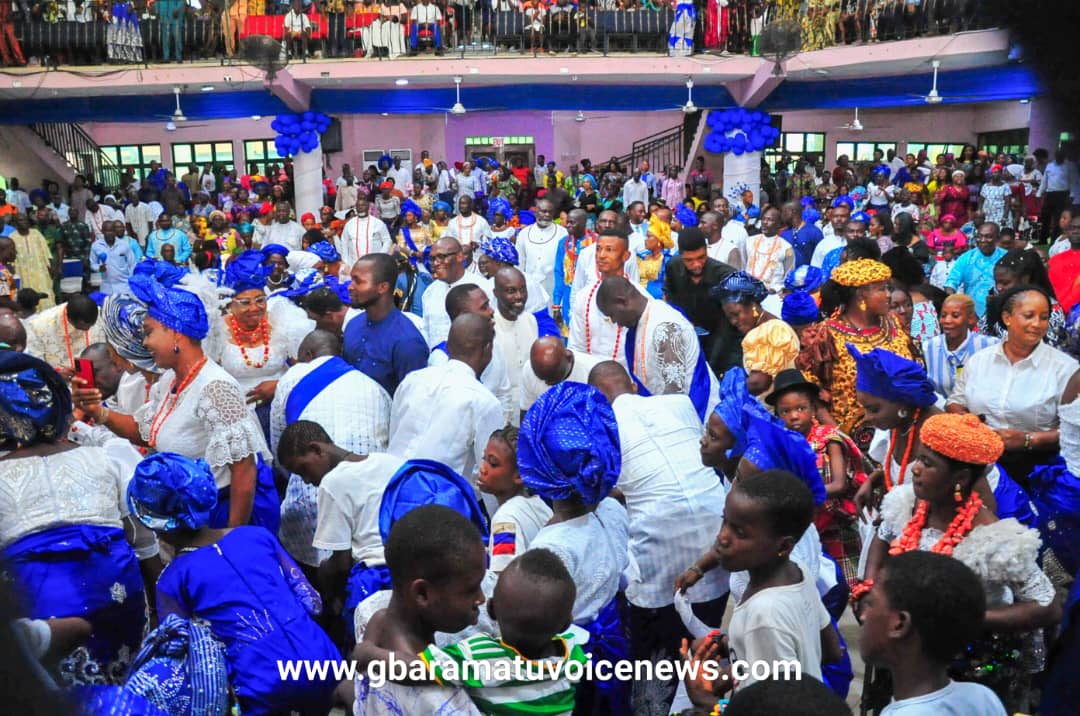 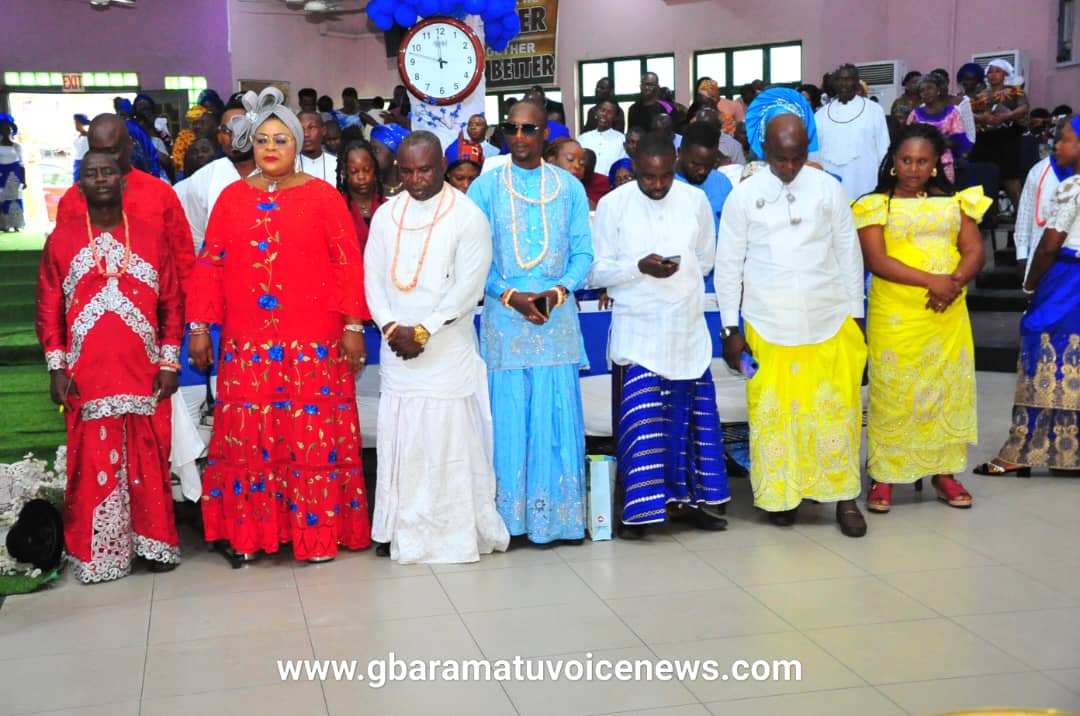 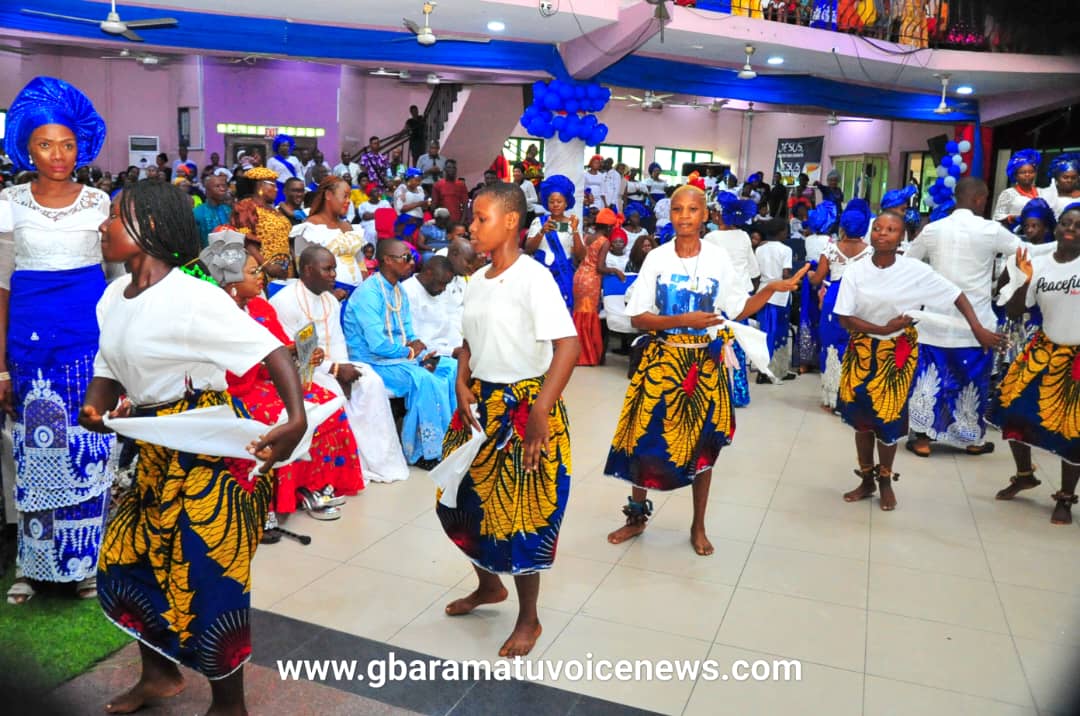 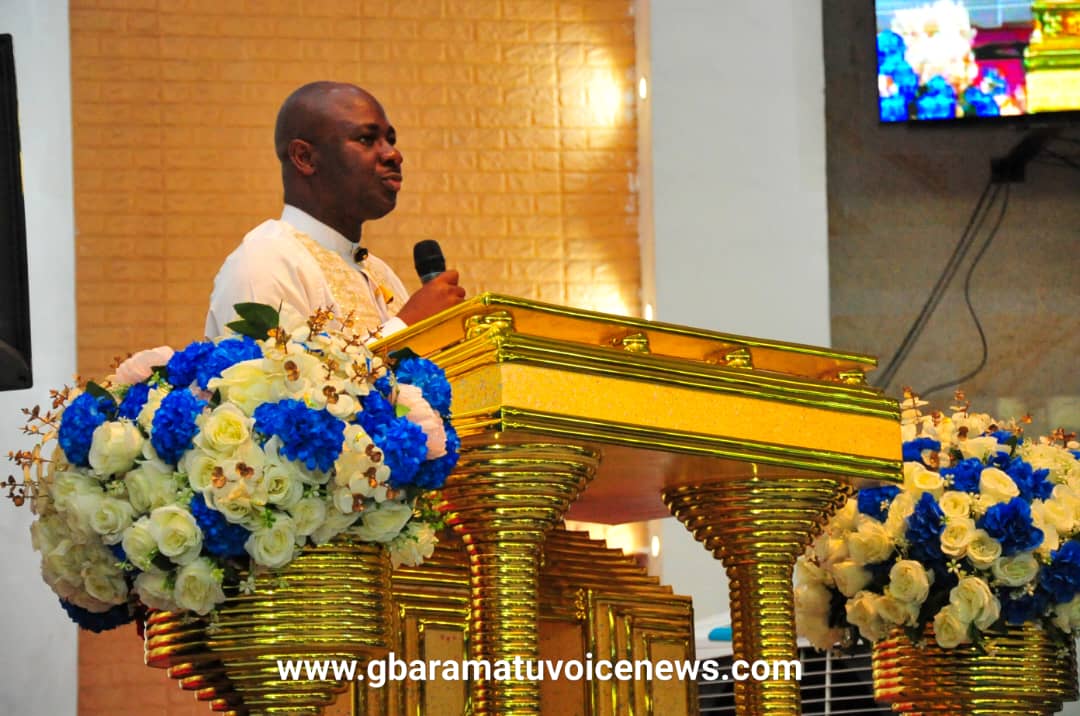 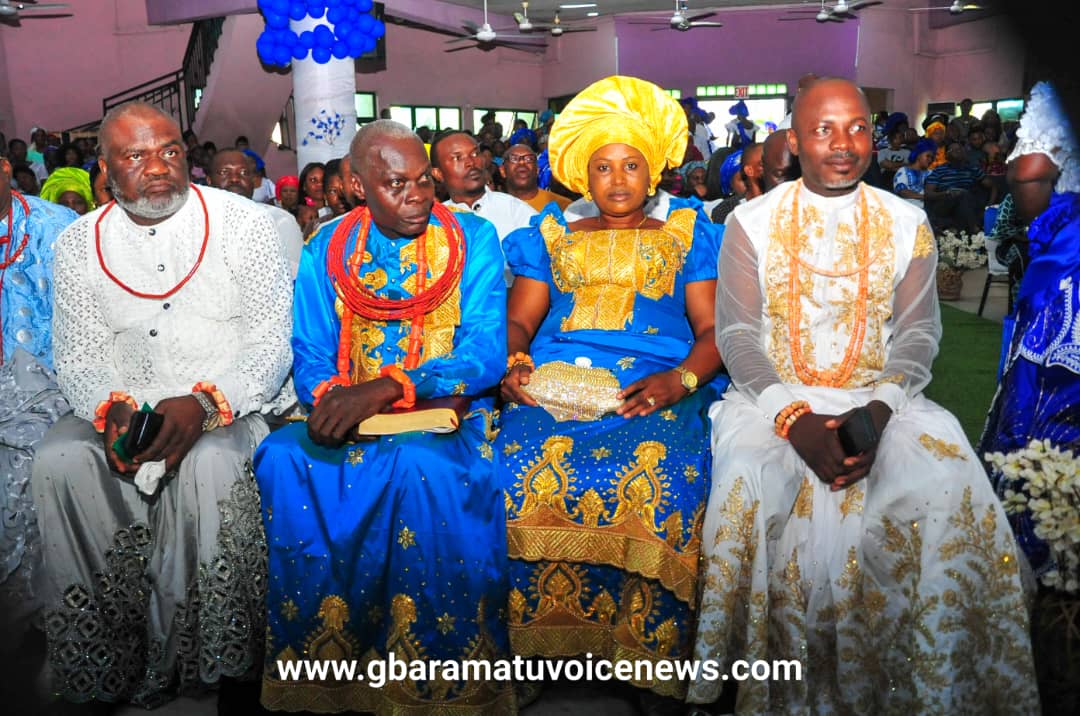