The United States supreme court has ruled there is no constitutional right to abortion in the country.

In a 6-3 decision on Friday, the supreme court overturned Roe v. Wade, the historic 1973 ruling that affirmed the constitutional right to abortion in the US.

Courtesy of the reversal of the law, US states will now be allowed to determine their own abortion laws as they deem fit.

Not less than 26 states are expected to outlaw or restrict abortion.

The decision of the court comes weeks after a leaked document suggested that it would overturn the ruling.

The leaked draft majority opinion was written by Samuel Alito, one of the supreme court justices.

The draft stated that the Roe v. Wade decision that allowed abortions performed between 24 and 28 weeks of pregnancy — before a fetus would be viable outside the womb — was wrongly decided because the US constitution makes no specific mention of abortion rights.

“Abortion presents a profound moral question. The Constitution does not prohibit the citizens of each state from regulating or prohibiting abortion,” the draft reads.

“Roe was egregiously wrong from the start. Its reasoning was exceptionally weak, and the decision has had damaging consequences. And far from bringing about a national settlement of the abortion issue, Roe and Casey have enflamed debate and deepened division. It is time to heed the constitution and return the issue of abortion to the people’s elected representatives.

“We hold that Roe and Casey must be overruled.”

Outrage and condemnation from pro-abortion groups and individuals trailed the leak of the document. 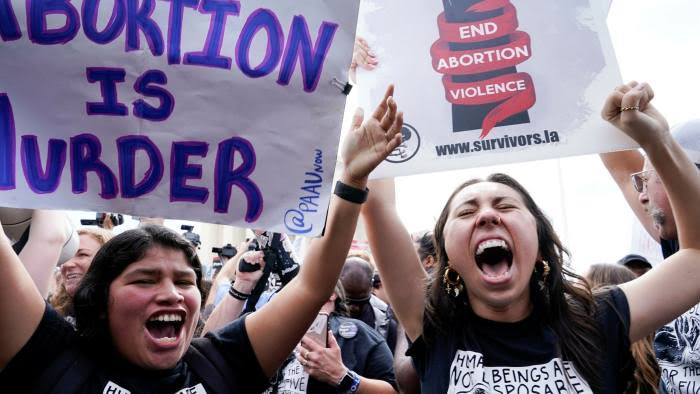 Touching Moments From The State Funeral of QUEEN ELIZABETH II