There is great panic around the world as Russia President, Vladimir Putin ordered his military to put Russia’s nuclear deterrence forces on high alert in response to “aggressive statements” by Nato countries.

The order came at a meeting between the president, the defence minister, Sergei Shoigu, and the chief of the general staff of the armed forces of Russia, Valery Gerasimov.

“Senior officials of the leading Nato countries also allow aggressive statements against our country, therefore I order the minister of Defense and the chief of the general staff [of the Russian armed forces] to transfer the deterrence forces of the Russian army to a special mode of combat duty,” Putin said in televised comments.

“Western countries aren’t only taking unfriendly actions against our country in the economic sphere, but top officials from leading Nato members made aggressive statements regarding our country.

It is not immediately clear what the “special mode of combat duty” entails. Pavel Podvig, a Geneva-based analyst and head of the Russian Nuclear Forces project, said it was “hard to tell” what the order meant but that it may be a “preliminary command.” It “makes a retaliatory strike possible,” he told the Guardian. “But does not mean preparation for a first strike.”

It does not appear to be the highest level of readiness, including bombers being loaded with weapons and taking off. “It is an action that makes the command and control able to react if necessary,” said Podvig. “But it’s a pretty high level.” 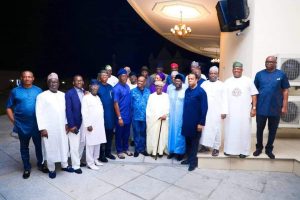 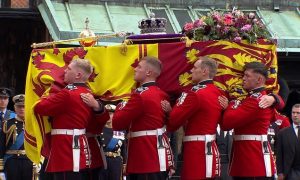