By Our Correspondent  A political lobby group, Better Delta State, on Wednesday called on state politicians to support the ambition of governor of the Ijaw ethnic group...
Read more
Delta

By Enaibo Asiayei  Governor Ifeanyi Okowa has sent fresh names of seventeen commissioner-designates to the Delta State House of Assembly for screening and confirmation. The names...
Read more
Delta 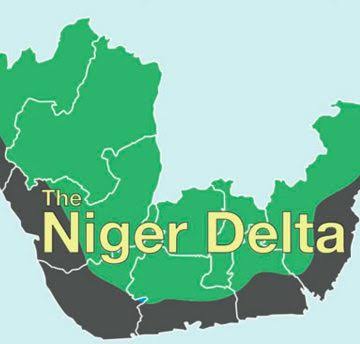 The glaring need to develop the Niger Delta region was earlier recognized by the colonial government in Nigeria in 1957, and this translates to over six decades ago. The colonial office in London had then set up the Sir Henry Willinks intervention commission, to study the concerns and fears expressed by the communities of the region, referred to as minorities. The Commission Report [1958] detailed the peculiar problems of this region, associated with the natural geomorphological difficulties of the terrain, which necessitated a government decision to classify the region as a special area. The initial effort to accomplish this developmental goal culminated in the setting up of a federal board known as the Niger Delta Development Board [NDDB], which was eventually inserted into the Nigerian Constitution [1963].

It is worth noting that this initial concern for this region predated the much later and on-going impact of oil exploration and production activities in the region which brought about subsequent environmental degradation and concomitant socio-economic deprivation. As oil and gas activities further escalated in the region with obvious humongous revenue generation to the coffers of the government, so also did the environmental concerns and economic deprivation equally escalate. However, the expectations of the needs and concerns of the affected host communities remained dashed which eventually led to community agitations, restiveness and disruptions of operations of the international oil companies [IOCs]. Meanwhile government being an intangible entity, the ubiquitous IOCs were seen and regarded as proxy for government and had to bear the brunt of this neglect of the region, which culminated in kidnappings and hostage taking of individuals, particularly foreign operators, for ransom payment.

It should also be noted that the government of the day did not completely fold its hands on the effort to develop this region as some institutions had solely been set up for this purpose for the region. This was how and why the Oil Minerals Producing Area Development Commission [OMPADEC] was set up. This body was later to be replaced and renamed the Niger Delta Development Commission [NDDC], with increased sources of revenue for the execution of the desired development projects. It must also be placed on record that the IOCs and the indigenous operators that were allocated marginal fields, were also on their own carrying out development projects within their various respective host communities as part of their corporate social responsibility [CSR]. With all these combined development efforts there were still persistent agitations and disruptions from within the communities which prompted the intervention of the newly-elected democratic government in 1999 to seek for more positive ways to address the ugly trend. The NNPC management was therefore assigned the task to figure out a lasting solution for the appeasement of the communities which led to a meeting in August 1999 in Abuja with all the chief executives of the Oil and Gas operators in the region. The starting point for the assessment of the development efforts in the region was the production of an Activity Map of the region detailing all the development efforts in all the nine states of the Niger Delta region. It was my assigned responsibility as the chairman of the technical committee to ensure that all the projects were identified, were auditable and that they were also verifiable. This exercise was very revealing and instructive as it brought to the fore the fact that most development efforts recorded were duplicated, some were abandoned while some others were non-functional as the communities themselves could not maintain or sustain such development projects. It was then resolved that henceforth perators of contiguous fields must come together and agree with the communities on which priority projects they would prefer to own. It was also decided that henceforth communities should be the prime drivers of their projects and at the beginning of each budget year should endeavour to map out their priority projects, discuss them with their various state governments and industry operators, so that such projects would meet the needs and concerns of the communities themselves. Unfortunately this noble idea of Community-Based Development Strategy died in its infancy, before implementation in 2000, as the governors later made a U-turn and rejected the whole idea, as being equivalent to “dictating projects” to them in their own respective states and communities.

With this warped mindset of the governors of the region, one could very readily understand why earlier intervention efforts could not yield the desired results. We need to check out this list of reports received and reviewed by various regimes, both military and civil, which at the end of the day did not fast-track implementation efforts and therefore left this region in the state of neglect as it is today. The following are some of these reports: The Belgore Report of 1992; The Etiebet Report of 1994; The Vision 2010 Report of 1996; The Report of the UN Special Rapporteur on Human Rights Situation in Nigeria of 1997; The Popoola Report of 1998; The Ogomudia Report of 2001; White Paper Report of the Presidential Panel on National Security, 2003; Report on First International Conference on Sustainable Development of the Niger Delta, NDDC/UNDP, 2003; The Niger Delta Regional Development Master Plan of 2004; The National Political Reform Conference Report [NPRC] of 2005; The UNDP Niger Delta Human Development Report [UNHDR] of 2006; Report of the Presidential Council of The Social and Economic Development of the Coastal States of the Niger Delta, 2006.

Is it not instructive, highly lamentable and an obvious tragedy that with all the above reports, recommendations and interventions spanning over half a century, that the Niger delta Region is still bedeviled with glaring under-development? It even becomes more worrisome when we recall that in September 2008 a committee, Technical Committee on The Niger Delta, was inaugurated by the then Vice President, Dr Goodluck Jonathan. This committee was tasked to collate and review all past reports on the Niger Delta region, the Willinks’ Report of 1957/58 inclusive. Comprised of 44 eminent members the committee was to appraise the various recommendations of these earlier reports enumerated above and make proposals that were supposed to help the federal government achieve sustainable development, peace, human and environmental security in the Niger Delta region.

Is it not mind-boggling that even with a “son of the soil” at the helm of affairs at the time, that no concrete outcome could be accomplished in the concerted effort to develop this region after seven years [2008-2015]? We have had the NDDB of 1963. We have had OMPADEC under military regime. We have had NDDC under a democratic setting, and with all these bodies majorly under the supervision and management of Niger Delta region eminent citizens. So what is the issue?

The year 2020, thanks to COVID-19 introspection, a year that has turned out to be the year of revelations of how funds allocated to Niger Delta Region Development Boards or Commissions had either been misapplied or misappropriated, leading to non-execution or abandonment of the development projects that they were meant to execute for the development of this region. The current investigations by the National Assembly of the allegations tabled on malfeasance in the commission have thrown more light on how this region was merely being developed on paper. There is no point for us to begin to shed crocodile tears over the poor state of the Niger Delta region all these decades. We must now tell ourselves the adamantine truth: We have all collectively reaped what we collectively sowed. And it is indeed a great tragedy!

By Our Correspondent  A political lobby group, Better Delta State, on Wednesday called on state politicians to support the ambition of governor of the Ijaw ethnic group...
Read more
Delta

By Enaibo Asiayei  Governor Ifeanyi Okowa has sent fresh names of seventeen commissioner-designates to the Delta State House of Assembly for screening and confirmation. The names...
Read more

By Our Correspondent  A political lobby group, Better Delta State, on Wednesday called on state politicians to support the ambition of governor of the Ijaw ethnic group...
View Post
Delta

By Enaibo Asiayei  Governor Ifeanyi Okowa has sent fresh names of seventeen commissioner-designates to the Delta State House of Assembly for screening and confirmation. The names...
View Post
Delta

By Our Correspondent  A political lobby group, Better Delta State, on Wednesday called on state politicians to support the ambition of governor of the Ijaw ethnic group...
View Post
Delta

By Enaibo Asiayei  Governor Ifeanyi Okowa has sent fresh names of seventeen commissioner-designates to the Delta State House of Assembly for screening and confirmation. The names...
View Post