In a press release to the media, he said: “I, High Chief Government Ekpemupolo, alias Tompolo, the Ibe-Ebidouwei of Ijaw Nation, on behalf of my family, friends, and associates, salute and congratulate you on the occasion of your 95th Birthday Anniversary today.

“I have always admired your doggedness, resilience, and tenacity in pursuing the course of the marginalized and the oppressed masses in Nigeria. 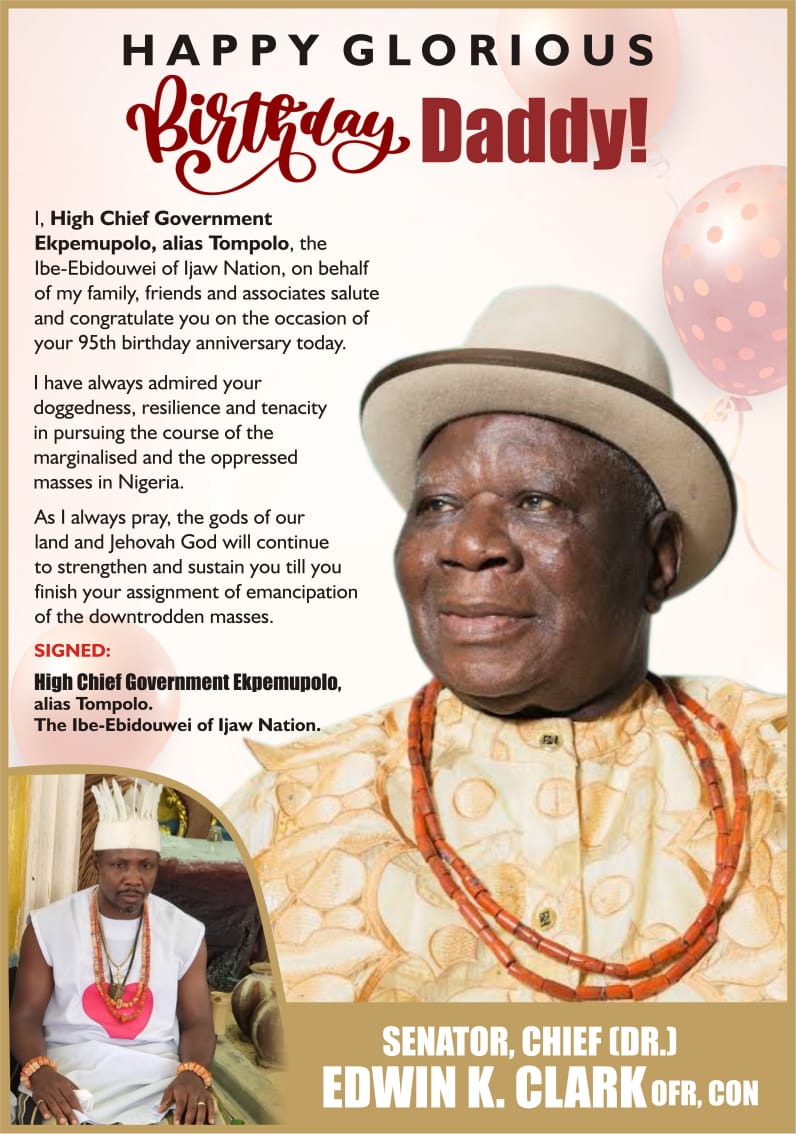 “As I always pray, the gods of our land and Jehovah God will continue to strengthen and sustain you till you finish your assignment of emancipation of the downtrodden masses,” he concluded.

Edwin Clark, born 25 May 1927, is a Nigerian nationalist, Ijaw leader and politician from Delta State who worked with the administrations of military governor Samuel Ogbemudia and head of state, General Yakubu Gowon between 1966 and 1975. In 1966, he was a member of an advisory committee to the military governor of the Mid-Western Region province, David Ejoor and was appointed Federal Commissioner of Information in 1975.