This editorial was first published November 20, 2017

When Senator (Dr.) Ifeanyi Arthur Okowa declared before the gathering of Delta State Peoples Democratic Party (PDP) stalwarts in 2015 that God revealed his Deputy to him even before he (Okowa) selected him, many viewed it as a conventional political statement.

But looking at the personality of the current Deputy Governor, Barr. Kingsley Burutu Otuaro, his relationship with, and obedience to his boss, his burning desire to provide democracy dividends and ceaseless effort to building sustainable peace among Deltans, one may be forced to believe and describe Governor Okowa as a man that saw tomorrow.

The reason for the above position as advanced is hinged on the basket-full of pragmatic demonstration of loyalty, respect, humility and total obedience by the Deputy Governor, Kingsley Burutu Otuaro to his principal, Senator (Dr.) Ifeanyi Okowa.

Again, the above postures as demonstrated by Barr. Kingsley Otuaro has assisted in making Delta State one of the few states in the federation without rancour between the governor and his deputy.

This development has helped the administration of the state by the current government friction-free unlike his peers in other states of the federation that have become a clog in the state’s will of progress while forgetting that when two elephants fight, the grass suffers

On his relationship with Deltans, GbaramatuVoice as a media organisation with it’s operational base located within the Niger Delta region and our target audience, mostly people of the region, have observed as well as listened to Deltans of cross-tribes, bear eloquent testimonies to this fact that the Deputy Governor as a grassroot politician has not abandoned his people after becoming the state number two man. Instead, he has become closer, fending more to their needs.

The above development and civil attributes of his, many ascribe to his rock-solid educational attainment and the special love he has for peace on one hand, and his people on the other hand.

Very remarkable also, it is worthy of note that Barr. Otauro did not stop at being a lawyer but went ahead to getting himself fortified with a Master Degree in Peace and Conflict Studies, from the University of Ibadan.

The above, we acknowledge he has on several occasion been deployed in the restoration of peace in the hostility infested Niger Delta region. The Deputy Governor has equally taken it upon himself, the responsibility of building bridges among Deltans irrespective of tribe.

Again, one significant quality possessed by  Kingsley Otuaro that have earned him the love of Deltans is the peace he has brought to politics in the state. At the inception of this Fourth Republic, the political activities were characterized by extreme violence and chaos.

He doggedly advocated for politics without rancour or violence and in his usual peaceful disposition without bitterness, Delta political silhouette is now, not only stable and homogenous, but one of the most violent free in Nigeria of today.

We as a foremost media group in the Niger Delta of Nigeria have since observed that Barr. Otuaro very recently was used to save the nation from serious economic debacle occasioned by the recent threat by the Niger Delta Avengers (NDA).

He was at the forefront of the campaign to get the Avengers to see reasons on why they should not engage in the wanton destruction of oil facilities or plunder the nation’s economy more.

To exemplify this opinion of ours,  a report very recently remarked as follows about the Delta state deputy governor.; A humane administrator and amazingly simple-minded individual. Nobody ever expected he will venture into the dicey and precarious nature of Nigerian politics. Nevertheless, Barr. Kingsley Otuaro saw the need to boost the socio-economic with political interest of the common man as well as bridge the lacuna of the rural-urban dichotomy of his people through the provisions of social infrastructure’, the report stated.

From the foregoing, one can easily situate that the deputy governor is a man that is always ready to drop his personal ambition or interest for the common good of the people.

Finally, the Deputy Governor, Barr. Kingsley Burutu Otuaro has within this short period become a role model not just for the youths but among his peers.

Having said all these, it is our candid advice that you continue in this direction so that you will leave the Government House at the end of your tenure as an alchemist who placed his people on the hypermodernity highway using peace as a vehicle.

Finally, GbaramatuVoice is sure that in achieving the above will also prepare you for a higher office in the nearest future. 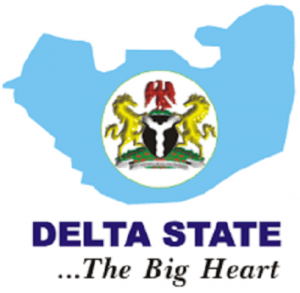 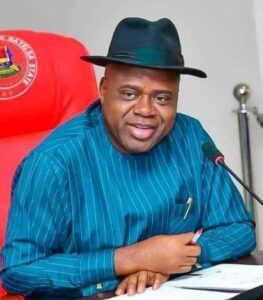 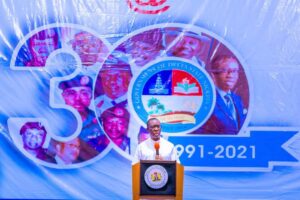 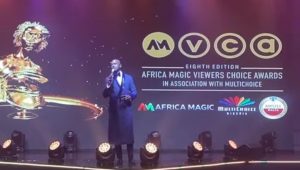