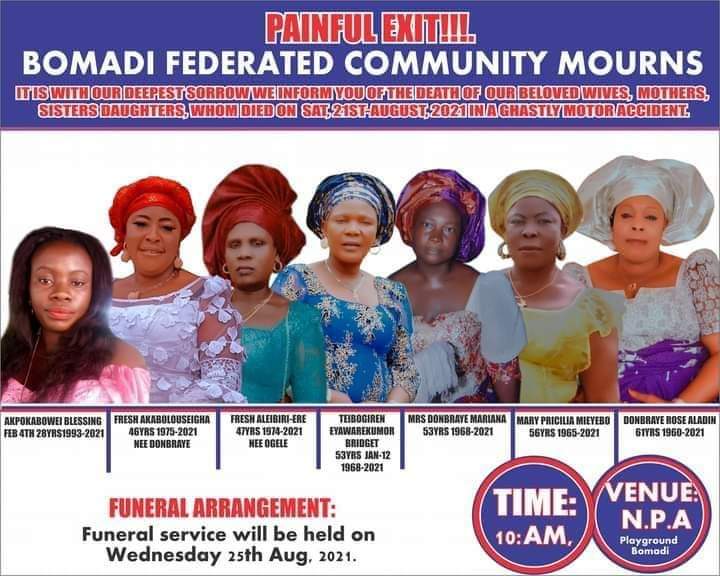 The burial for the seven wedding guests who perished in a fatal motor accident along Orogun road in Ughelli North Local Government Area, have been scheduled for Wednesday, August 25, 2021 in Bomadi town.

GbaramatuVoice gathered that the accident involved a Toyota Sienna with about nine passengers on board.

The occupants who were from Bomadi community in Bomadi Local Government Area of Delta State and were returning from a marriage ceremony at Orogun community when the incident occurred around 5pm on Saturday.

A sources said, “Their vehicle veered off the road and ran into the bush. The vehicle reportedly somersaulted many times and about seven persons died on the spot, including the driver. Two persons, however, survived.”

The survivors were said to have been rushed to a undisclosed hospital in Ughelli community.

According to him, seven persons lost their lives in the incident, added, “It happened on Orogun Road. The police are investigating the cause.”