While Mpigi is the current Senator representing the Rivers South-East senatorial district in the National Assembly, Onyesoh was Rivers State Commissioner for Education, during the administration of former governor Peter Odili.

The trio emerged unopposed as all others who picked the PDP senatorial forms from the three senatorial districts were disqualified by the party’s Senatorial Screening Committee.

GbaramatuVoice observed that the senatorial primaries, which held simultaneously in Ahoada Town, Bori and Port Harcourt, were conducted amidst tight security.

It was further observed that at the Port Harcourt City local government secretariat, venue of the PDP primaries, there were more than 1,000 policemen and other security operatives as well as over 28 patrol vehicles on ground. 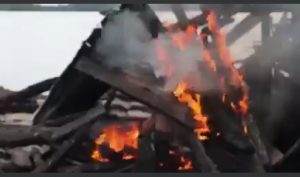 2023: After Buhari, It’s Southern President or Nothing – Fayose