Governors elected on the platform of the Peoples Democratic Party on Monday held a closed-door meeting in Uyo, the capital of Akwa Ibom State.

Those in attendance at the meeting include the host Governor, Udom Emmanuel; Nyesom Ezenwo Wike of Rivers, Douye Diri of Bayelsa, and Samuel Ortom of Benue.

Others are, Governors Ifeanyi Ugwuanyi of Enugu; Ifeanyi Okowa of Delta; Ahmadu Umaru Fintirin of Adamawa; Godwin Obaseki of Edo; Governors Bala Mohammed of Bauchi; Seyi Makinda of Oyo and Zamfara State Governor who is being represented his Deputy, Mahdi Aliyu Gusau.

Read the full communique below…

COMMUNIQUE ISSUED AT THE END OF THE MEETING OF THE PDP GOVERNORS’ FORUM HELD ON 14TH JUNE 2021, AT UYO, AKWA IBOM STATE.

The PDP Governors’ Forum held a meeting on 14th June, 2021 at Uyo, Akwa Ibom State, where it once again reviewed the state of the nation. The meeting deliberated in particular on the deteriorating economic and security situation in the country, and worsening social and political tensions and issued the following Communique.

1. The Forum examined the operations of the Nigeria National Petroleum Corporation (NNPC), and expressed alarm at the OPAQUE manner it carries out its operations. It decried the recent NNPCs decision not to make its statutory contributions to the Federation Account, thereby starving the States and Local Governments and indeed Nigerians of funds needed for employment, development and general wellbeing. The meeting emphasised that under the Constitution, the NNPC is duty bound to make proceeds of sale or business of Petroleum available to the Federation Account which belongs to the three tiers of government, excluding reasonable and verified and verifiable cost of operations. The Federal government through NNPC is a manager of our oil wealth merely as A TRUSTEE for all Nigerians. The meeting frowned at a situation where the NNPC decides in a totally discretionary and often whimsical manner, how much to spend, how to spend it and how much to remit to the Federation Account, contrary to the letters and even the spirit of the 1999 Constitution.

2. The meeting called on other agencies of Government such as Nigerian Ports Authority (NPA), Nigerian Maritime Administration and Safety Agency (NIMASA), Nigerian Communication Commission (NCC), Federal Inland Revenue Services, Customs and Excise and similar organisations that are statutorily required to make contributions into the Federation Account, to do more. The federating States should, going forward now have a say in the determination of operating costs to ensure transparency and accountability.

The meeting called for urgent steps to reverse these ugly trends in our practice of democracy, constitutionalism and Federalism.

3. The PDP Governors also expressed deep concerns on the operational system and methods of the Central Bank of Nigeria (CBN). It viewed with regrets that the CBN is operating as an independent government within a Government, which is a pervasion of the autonomy of the Bank. A situation where CBN creates money, decides how much of it to spend, on what to spend it on without any form of controls or supervision is patently subversive of our constitutional order. It has become not just a LEVIATHAN, but also a father Christmas of sorts, dabbling into every sphere and scope of governmental activity, not just as a lender of last resort, but as a full executing agency of government. The meeting observed that the CBN has become such an octopus that it threatens State governments publicly, without decorum, about sanctions on any attempt to question its MODUS OPERANDI. The CBN should take immediate steps to halt the depreciation of the Naira.

4. The PDP Governors frowned at the rising and seemingly uncontrollable debt profile of Nigeria with over 80% of normal Appropriation spent on debt servicing. All the gains of the PDP Government under Chief Olusegun Obasanjo, GCFR, where Nigeria exited its foreign debt obligations has been destroyed. Borrowing for frivolous items such as funding the Nigerian Television Authority is scandalous. Money should only be borrowed for productive purposes as Nigeria’s current debt of over N36 Trillion Naira is becoming clearly unsustainable relative to our earnings and GDP. We should not saddle incoming generations with undue debt burden. The borrowing spree of the APC administration if unchecked, will certainly lead Nigeria into avoidable bankruptcy.

5. The Forum reiterated its call, which seem to have fallen on deaf ears, for the Revenue Mobilisation, Allocation and Fiscal Commission to URGENTLY SEND the revised Revenue Allocation Formular to Mr President for onward transmission to the National Assembly for enactment, such that more resources are made available to States and Local Governments where ordinary Nigerians reside. It called on the Chairman and Members of the Commission to RESIGN or be relieved of their duties, if they cannot discharge this sacred constitutional duty entrusted by the Nigerian people to it. The present constitutional amendment process should make the Commission more independent and accountable to all stakeholders.

6. The meeting expressed support for the implementation of judicial and legislative autonomy in the Federation and States, in conformity with the extant provisions of the 1999 Constitution.

7. The meeting called for more involvement of States in mining and geophysical activities within their States. This is necessary not just to curtail harm to the environment but to further diversify the Nigerian economy and complement Oil as a foreign exchange earner for Nigeria.

8. The PDP Governors further reviewed the emerging threats to our democracy, constitutionalism and rule of law and cautioned the Federal Government to exercise power with restraint. The need for law and order is paramount to secure our nation but mindless killings of innocent civilians should be avoided and is hereby condemned. It is in the same vein that the meeting reiterated its earlier revulsion at any attack on security personnel and their property anywhere in the country as a criminal and egregious act for which perpetrators should be brought to book.

9. The meeting examined the suspension of TWITTER from operating in Nigeria, and condemned the personalised reasons given for the action. The mere ego of Mr President is not enough for such a drastic action that deprives millions of Nigerians from such an affordable means of expression and communication. We hope that this is not a harbinger or early warning signs of descent into dictatorship.

10. The meeting noted that social media regulation can only be done within the existing laws on the subject and should not be used as an attempt to punish or gag Nigerians from enjoying constitutionally guaranteed rights. Nigerian youths do not have adequate access to employment and a lot of Nigerians rely on TWITTER for their livehood, businesses and self-employment. This will further worsen Nigeria’s 33% unemployment rate which is the highest in the world, improve Nigerias ranking as the country with second highest poverty rate in the entire world, all of which happened under APC’s unfortunate stewardship.

The meeting consequently requested Mr President to review the suspension of TWITTER operations in Nigeria in the national interest.

11. The meeting further called on the APC led Federal government to think outside the box and find solutions to the challenges facing electricity supply in Nigeria as the current system is certainly not delivering power needed for Nigeria’s rapid industrialisation.

12. On the recurring question of insecurity of lives and property in Nigeria, the PDP Governors reiterated the need to decentralise the operations of the security apparatus of state even within the existing legal framework, to ensure the input of local operators in State and Local Governments in policing and security.

13. It lamented the fact that Mr President seem not to be aware that the coercive instruments of State security is firmly within his hands and not the Governors, considering his recent media interview on the subject. The meeting reminded Mr. President that he has ultimate authority under the Constitution over security organisations, even though the States have a role to play. Cooperation and synergy between States and the Federal Government in security operations is critical in securing Nigeria.

In any case, even though, Police is on the Exclusive List, the States, as a practical matter spend huge sums of money to support the security agencies to carry out their duties. The need for an appropriate legal framework to involve the States in policing has become even more urgent by the day. To this end we reiterate our call for the National Assembly to expedite action in passing the Electoral Act and Constitution amendments to ensure restructuring and decentralisation of governmental powers and functions.

14. The meeting extolled the virtues and achievements of His Excellency, Mr. Udom Emmanuel, Governor of Akwa Ibom State, our Chief Host. They noted that he has brought prudence, innovation and competence in the management of state resources, with major landmark projects and interventions, and thanked him for being a wonderful host. 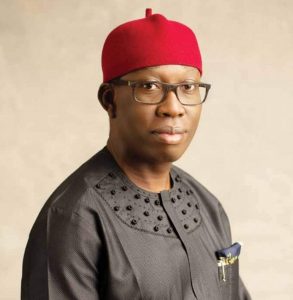