President Muhammadu Buhari Wednesday administered the oath of office on seven new Ministers whose appointments were confirmed last week by the Senate.

He also reshuffled his cabinet resulting in five Ministers being moved around.

The new ministers took the oath of office shortly before the commencement of the weekly Federal Executive Council ( FEC) meeting at the council chambers of the State House in Abuja.

The ministers’ swearing in was done in two batches of four and three each.

Before the swearing in, a minute silence was observed in honour of the outgoing Secretary-General of the Organisation of Petroleum Exporting Countries (OPEC), Mohammed Barkindo, who died Tuesday night at the age of 63.

The portfolios of the new Ministers and reshufflement of five old Ministers are: 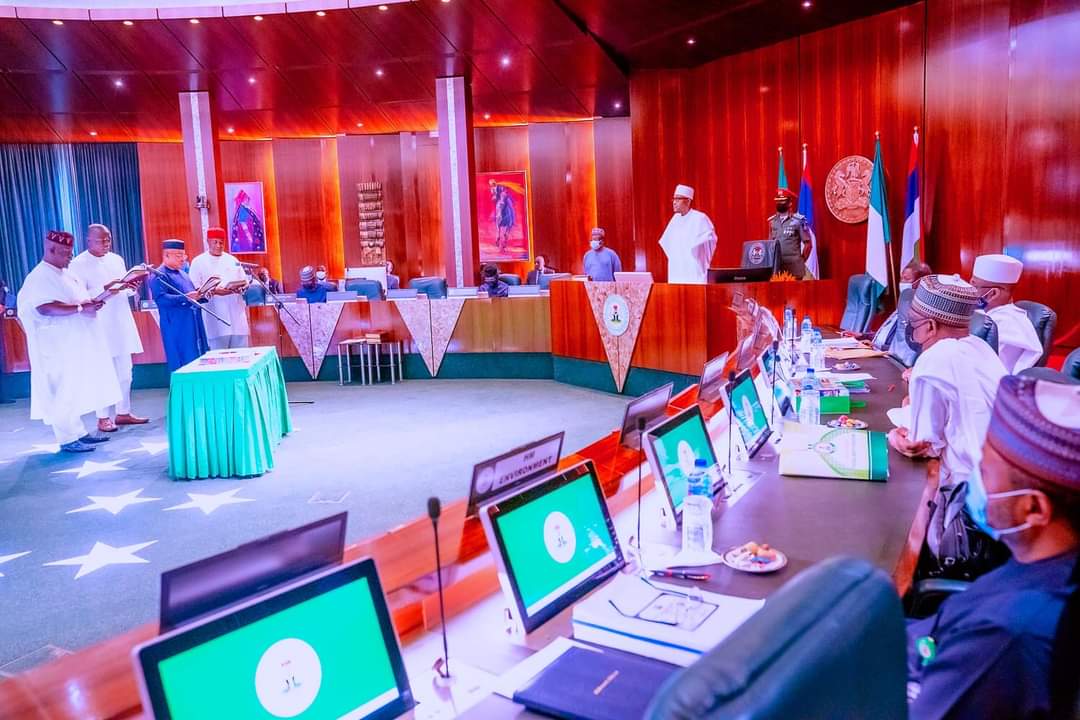 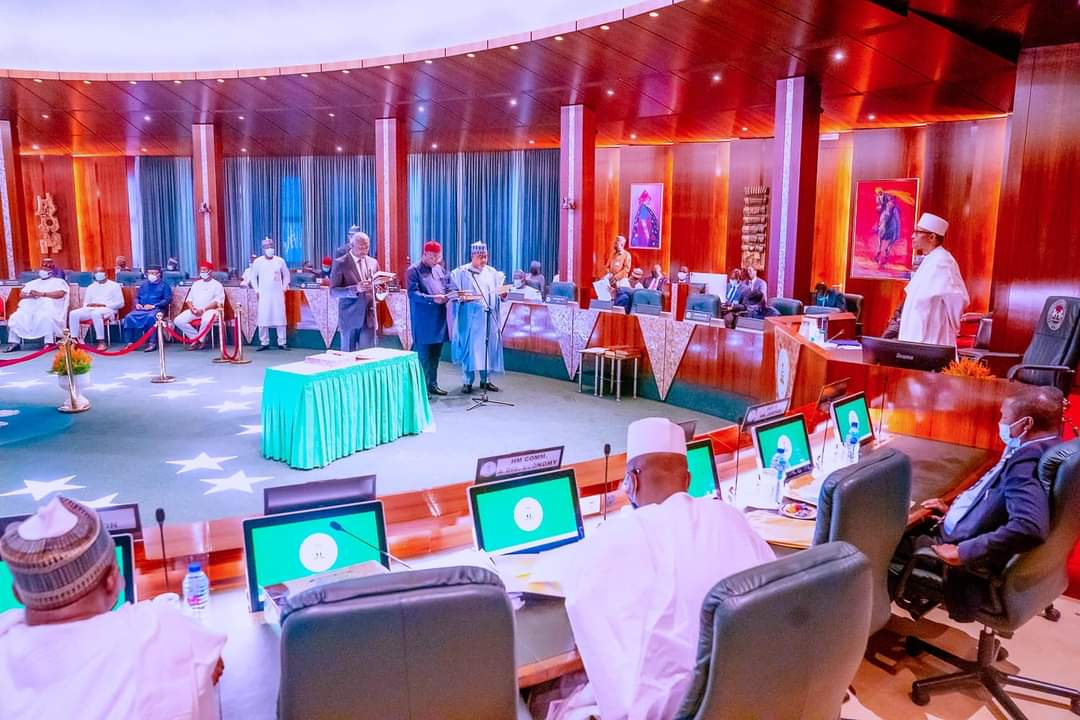