Operational activities were, on Thursday, grounded at the Warri Refining and Petrochemical Company, Delta State, as hundreds of casual workers staged a peaceful protest inside the company against the management of the Nigerian National Petroleum Company Limited.

Their demands included, among others, conversion from casual to permanent staff, salary increase, payment of all outstanding allowances, as well as better working conditions and welfare.

Some of the protesting workers, who claimed to have served the company for upwards of 28 years, were requesting payoffs since, according to them, the NNPC management had “refused” to yield to their demand for regularisation over the years.

Amidst solidarity songs, the peaceful protesters carried leaves and placards with inscriptions such as “15, 25, 27 years of slavery must stop”; “Increase our salary”; “No conversion, no quick fix”; “NNPC stop technical lies,” “WRPC, KRPC, PRPC must work”, among others.

The 336 casual staff called on the Group Managing Director of the NNPC, Mele Kyari, to urgently address their matter, warning that there would be no resumption of work until their demands were met.

They accused the NNPC management of consistently lying and failing to honour promises made over the issue that had lingered for many years.

One of the protesting staff, who sought anonymity, remarked that many of them would even like to leave the job, noting that they “want the management to pay them off since the management doesn’t need their services.”

He said, “On the ground that the management still wants their services and wants to keep them, the workers are demanding for their conversion from causal staff to the permanent staff of the organisation.”

The protesting workers had, in 2019 and 2021, staged similar protests which were anchored on the same issues while the WRPC host communities’ leader tried in vain to intervene in the past. 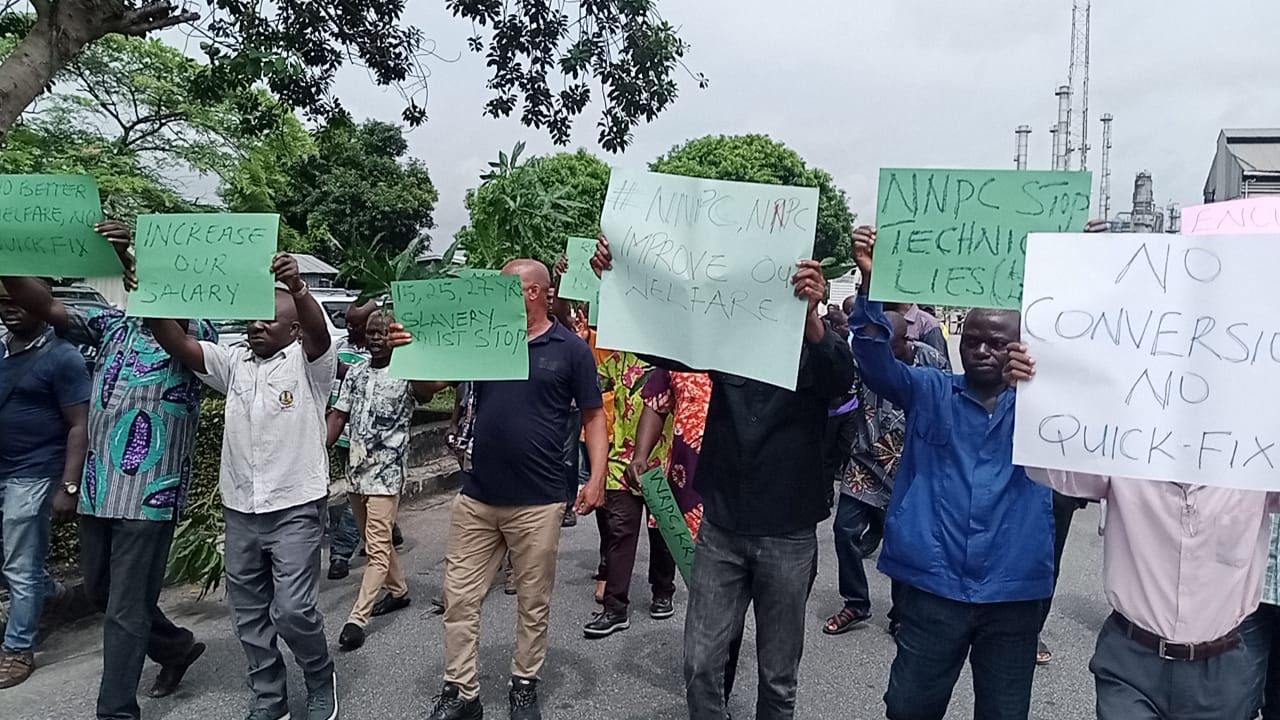 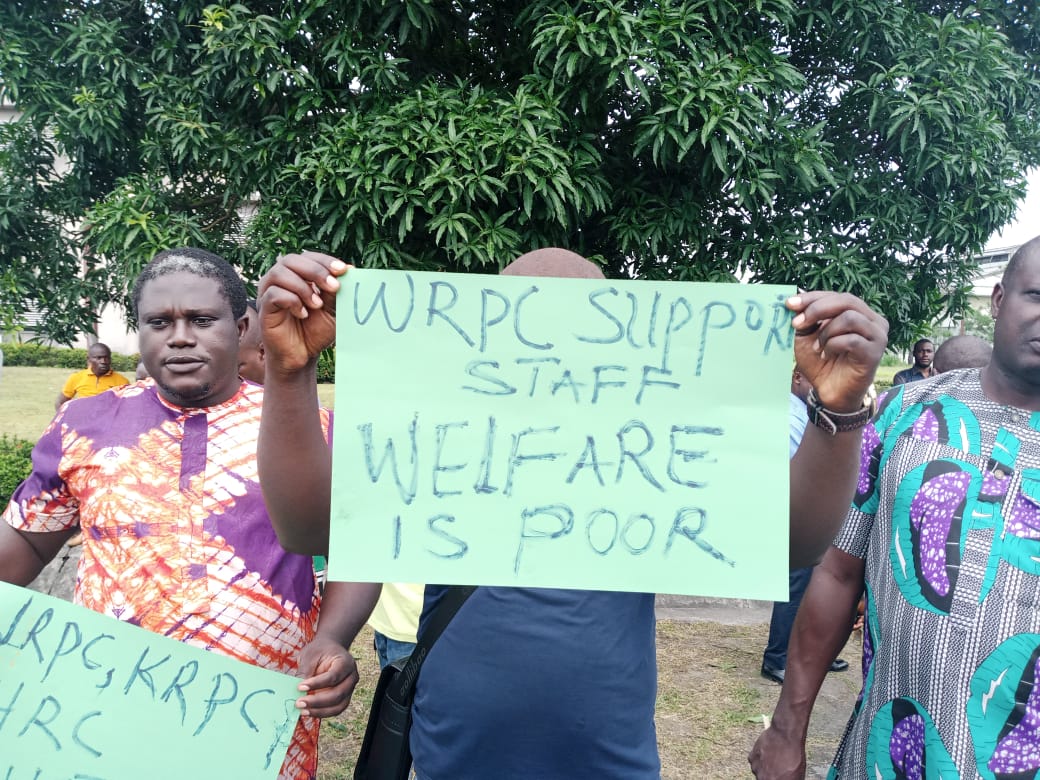 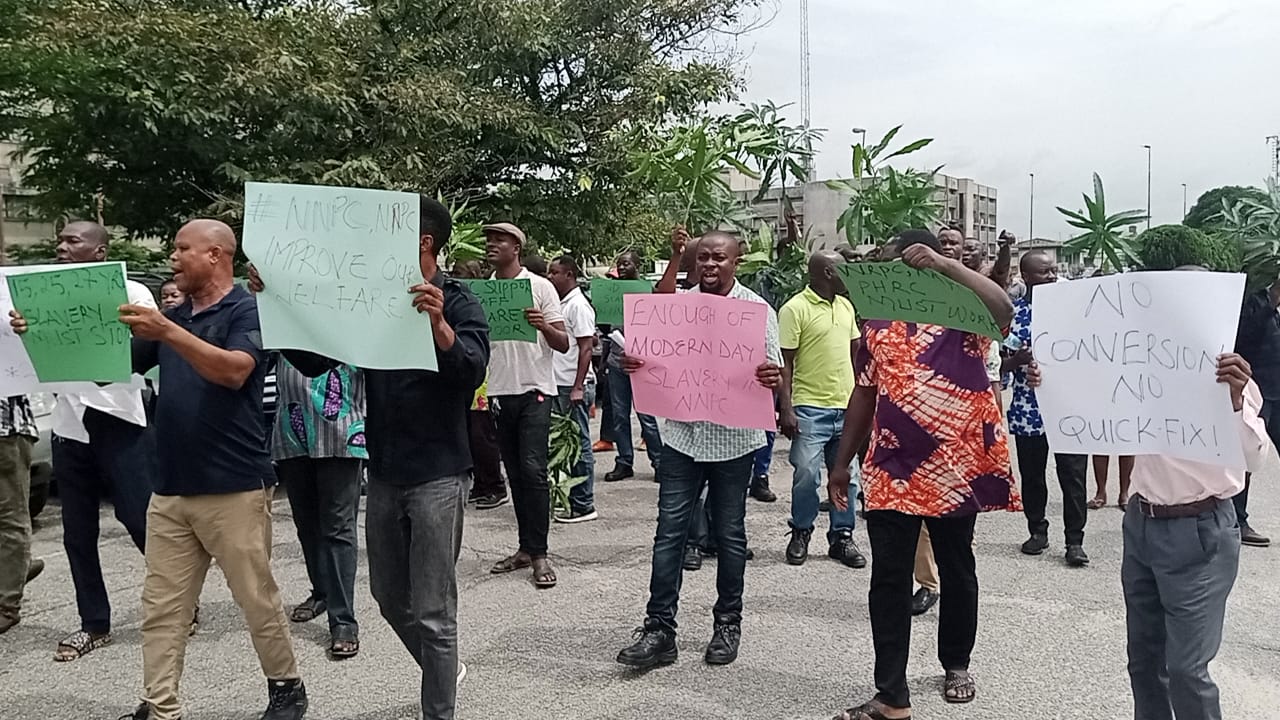 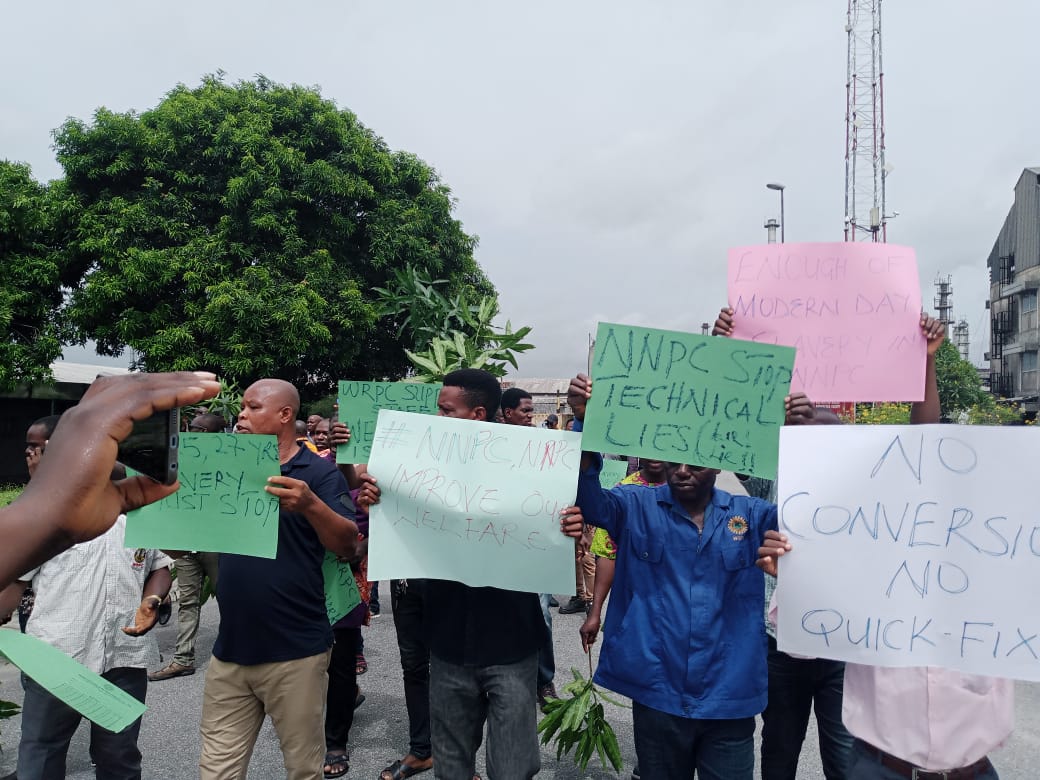 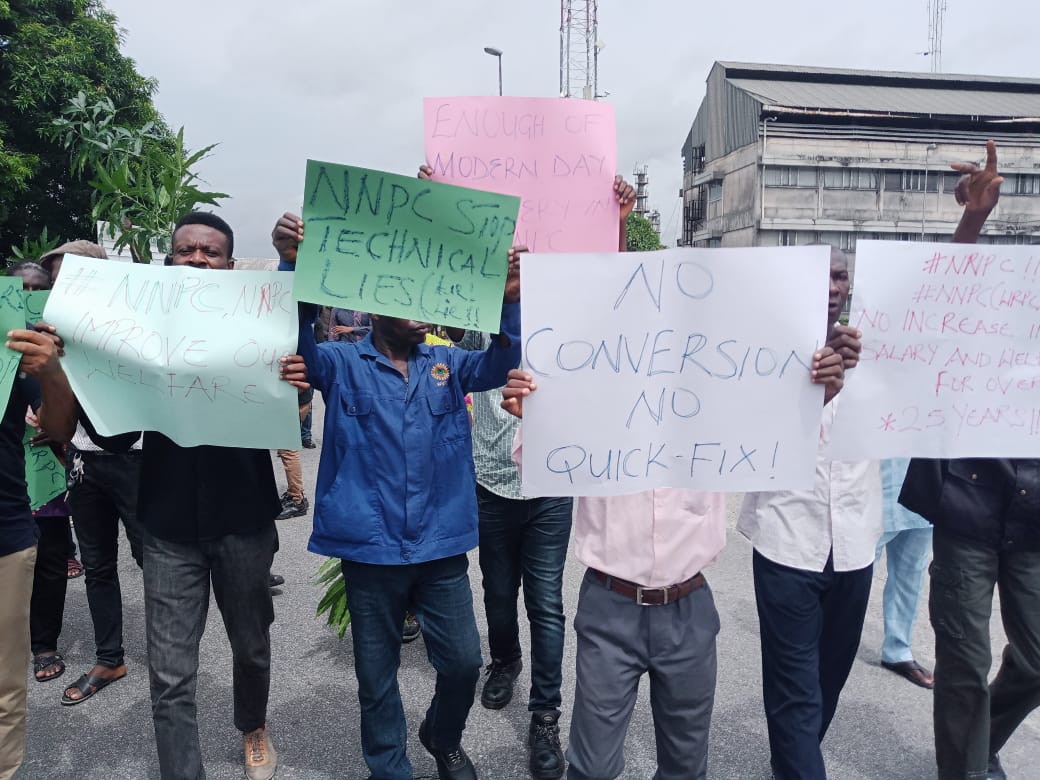 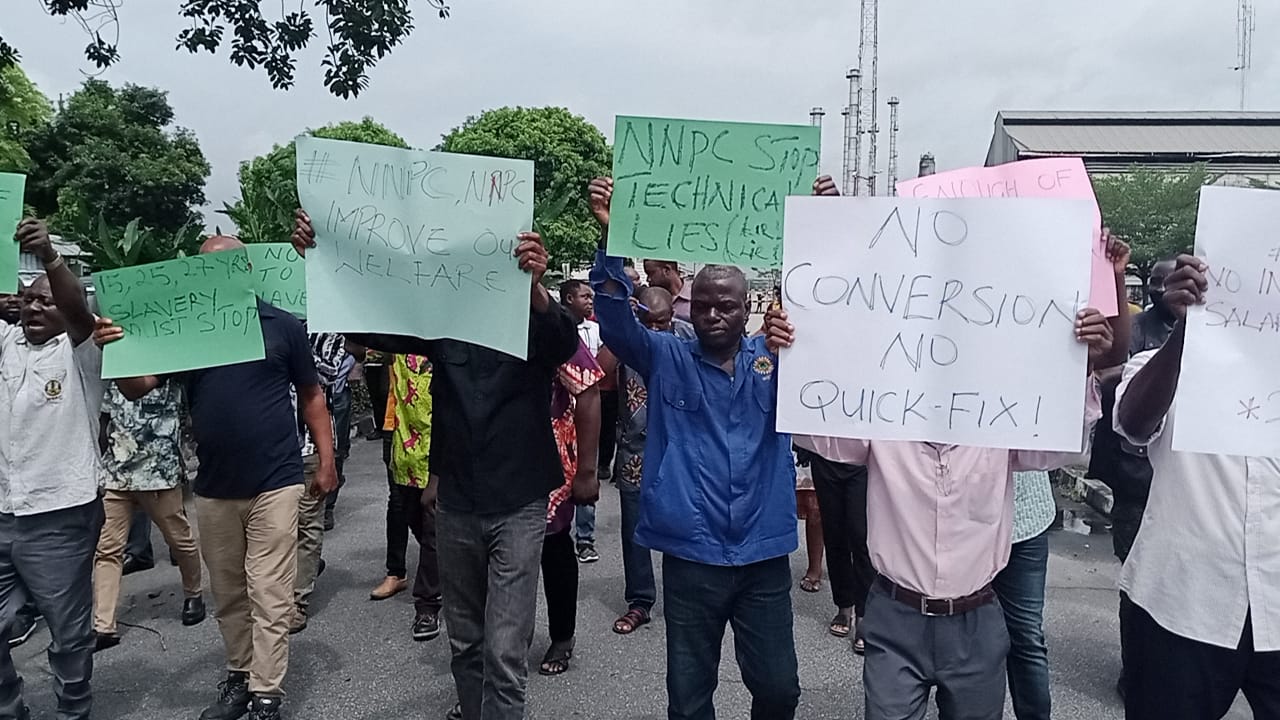 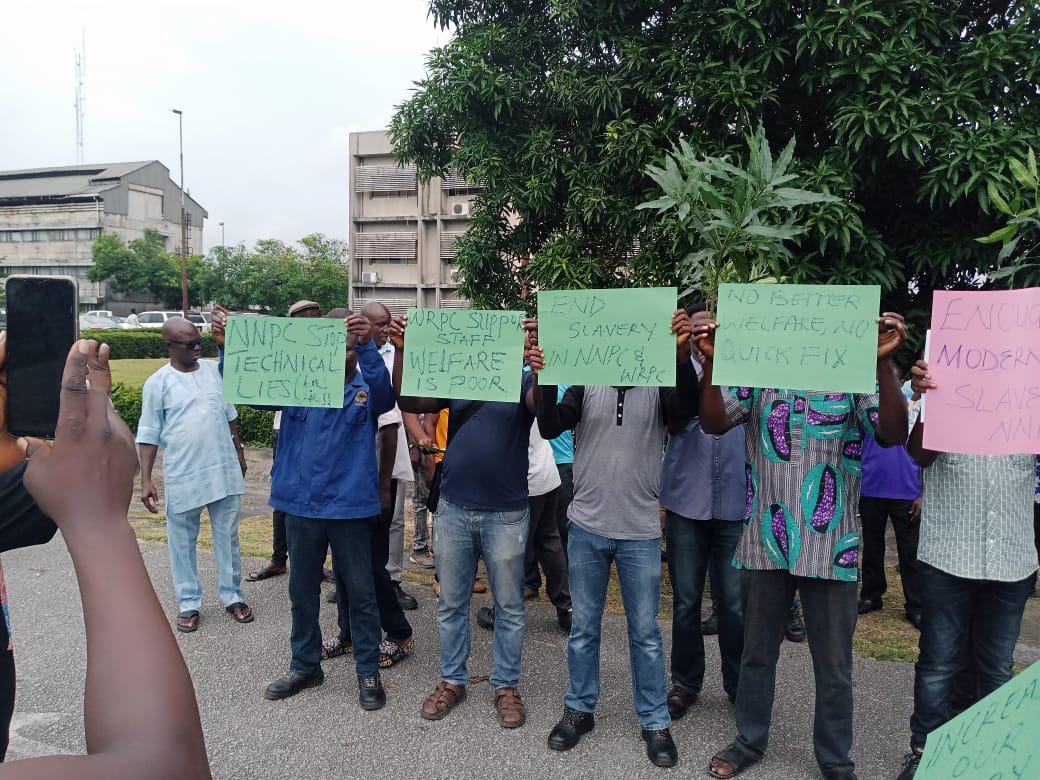 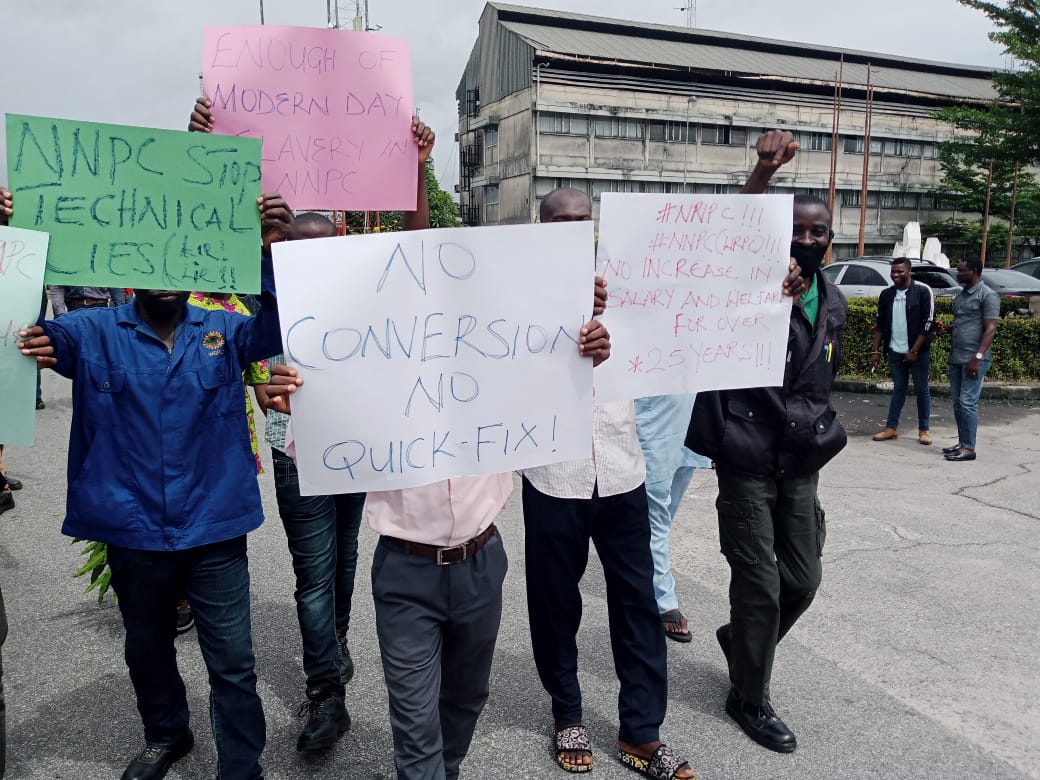