A mammoth crowd attended the Delta State Mega Rally of the People’s Democratic Party (PDP) in Asaba, capital of the state, on Saturday. 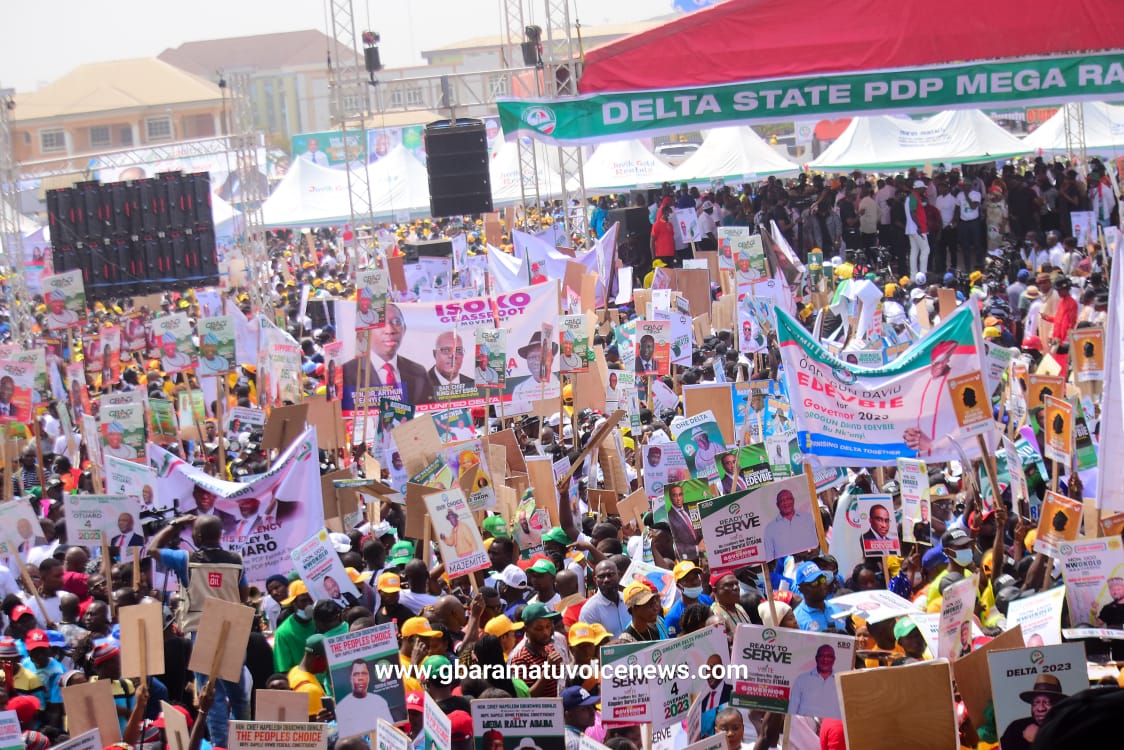 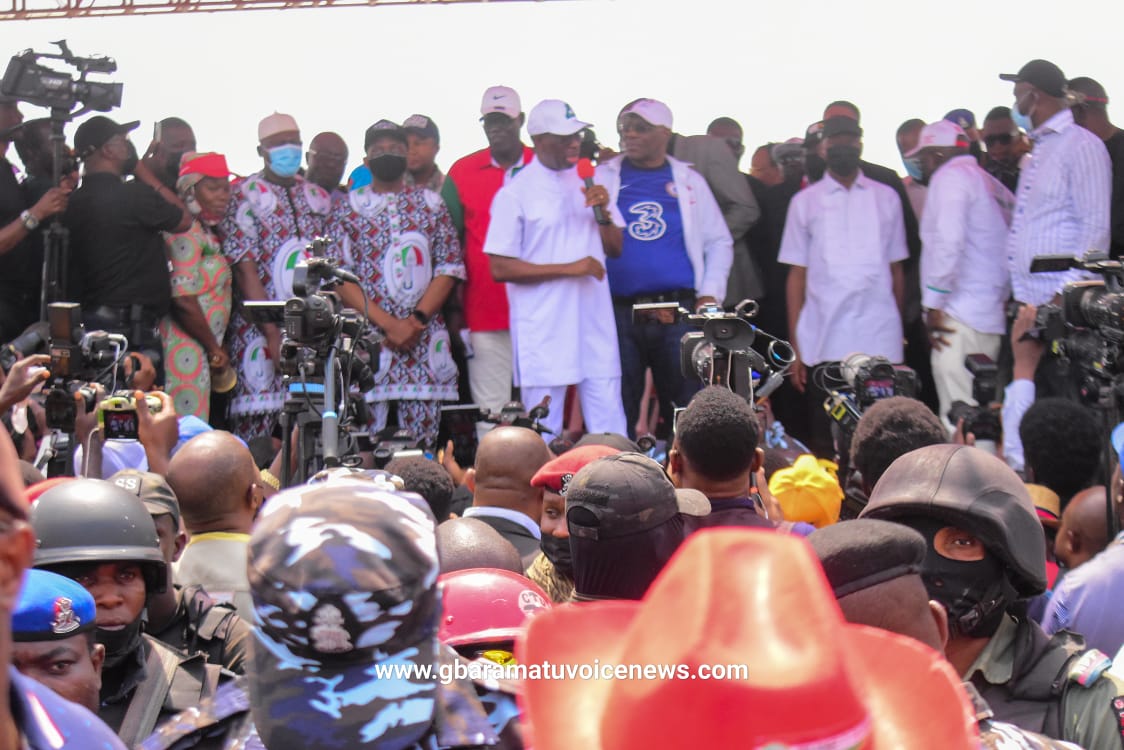 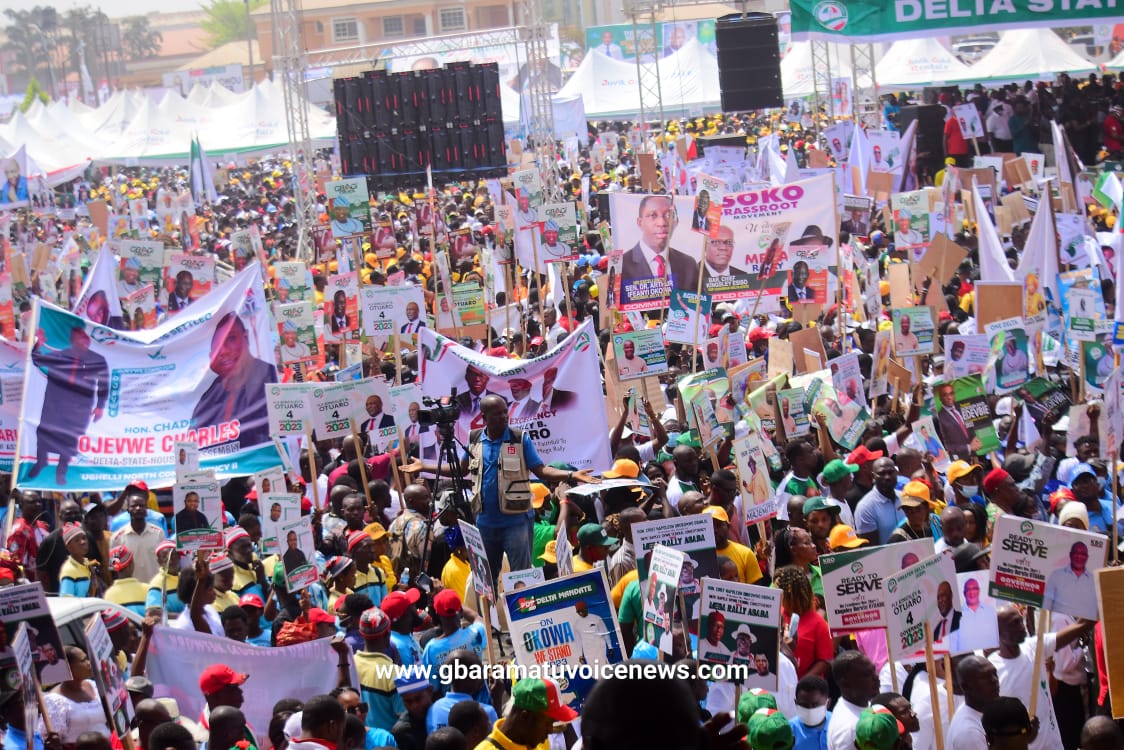 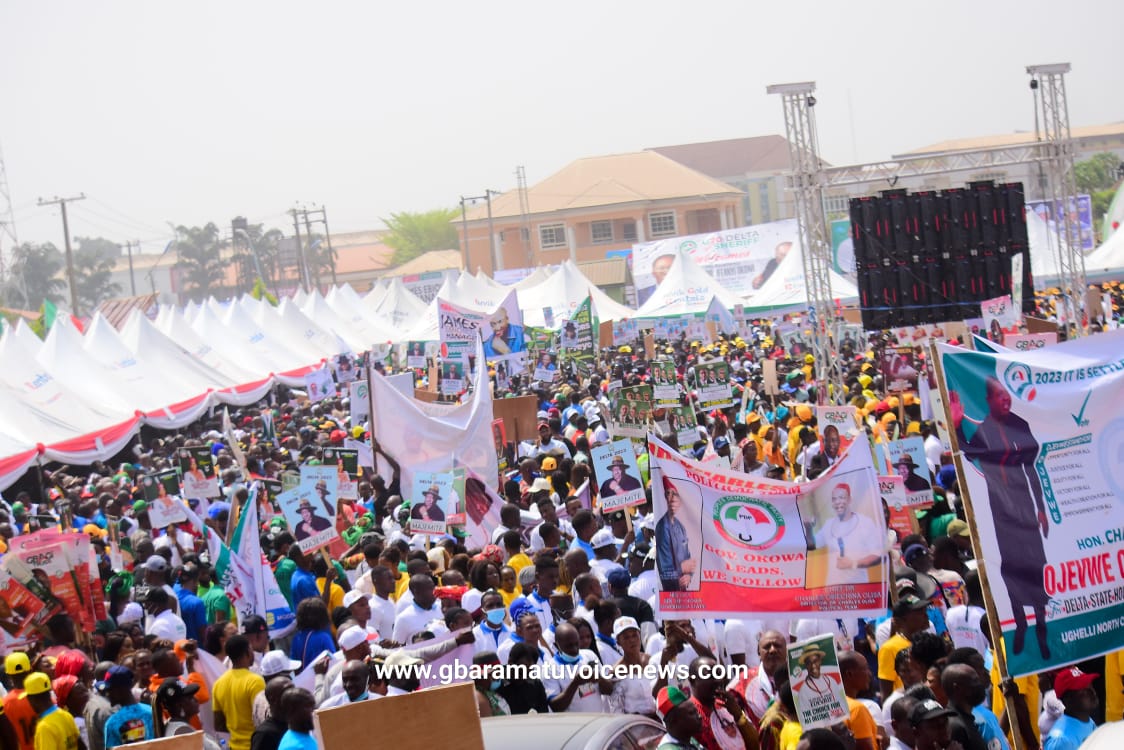 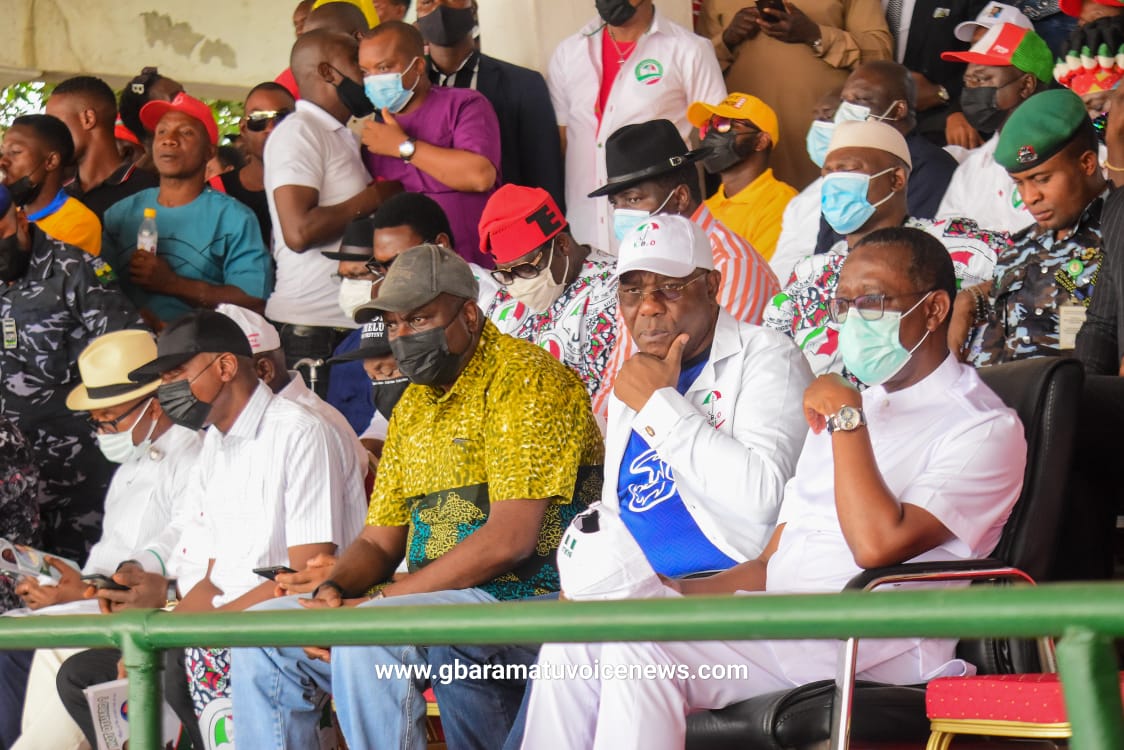 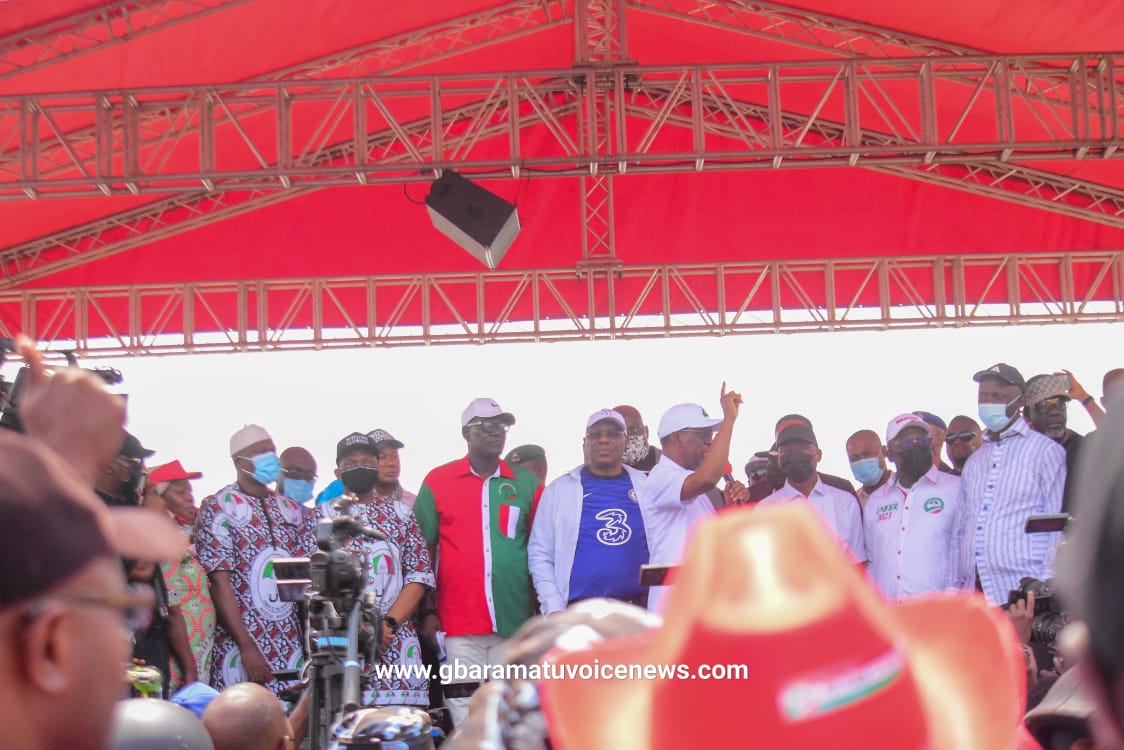 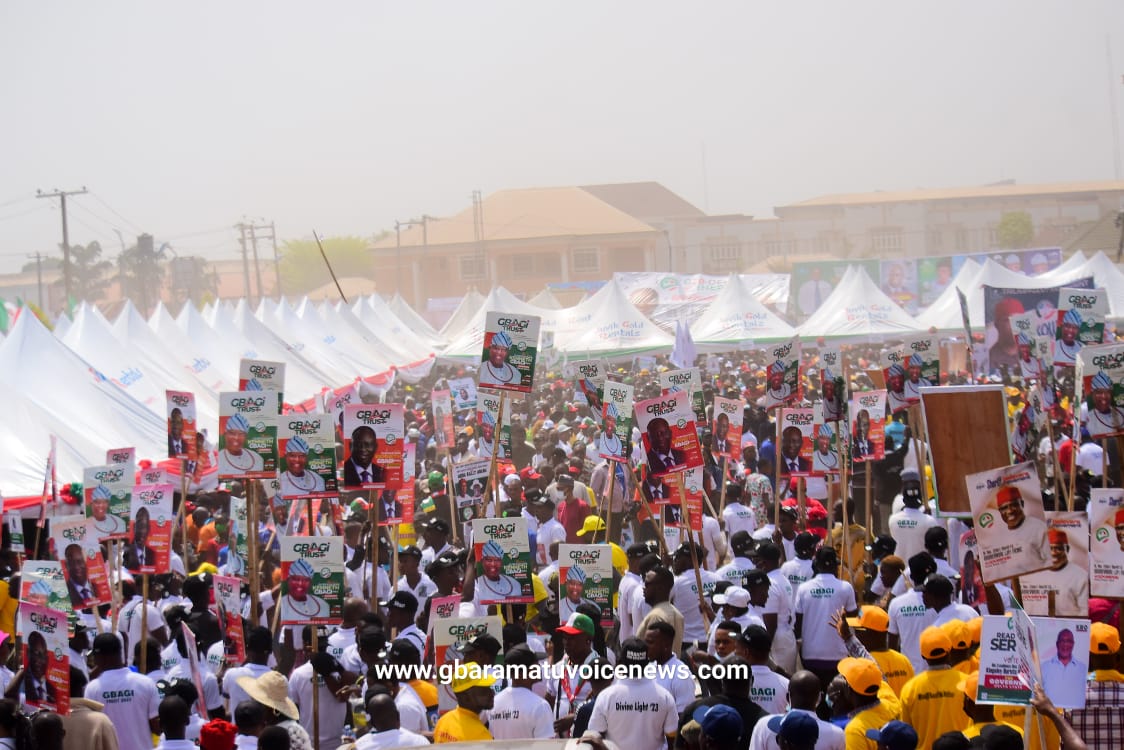 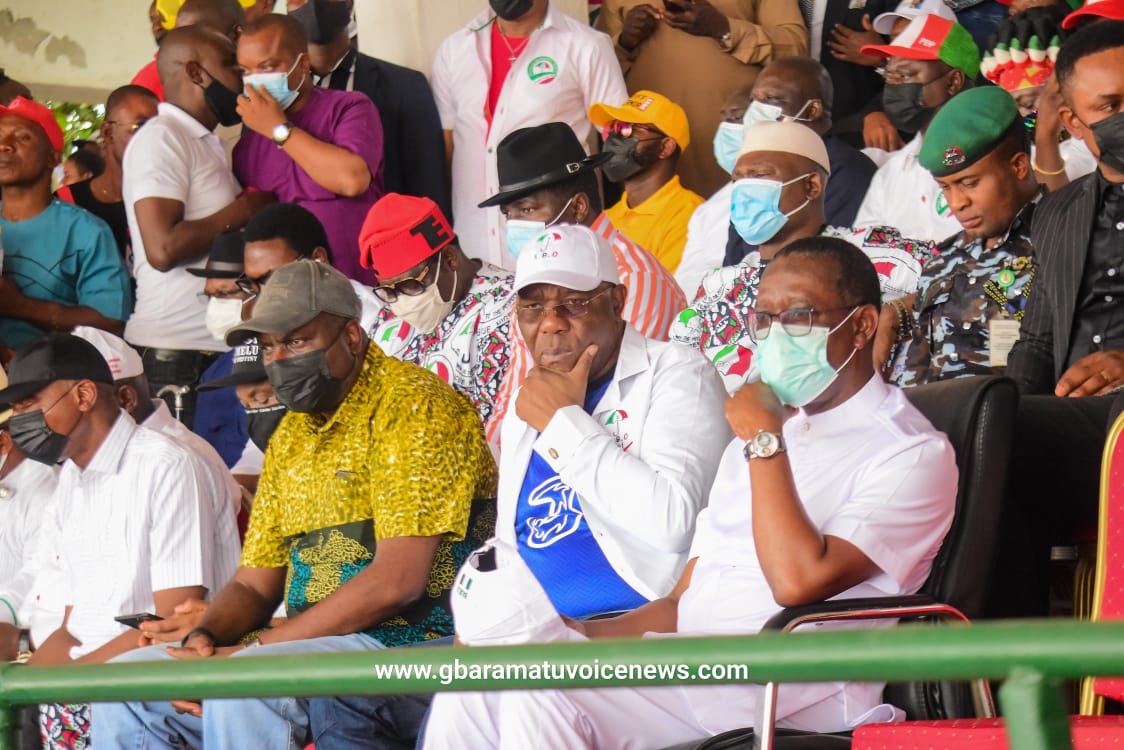 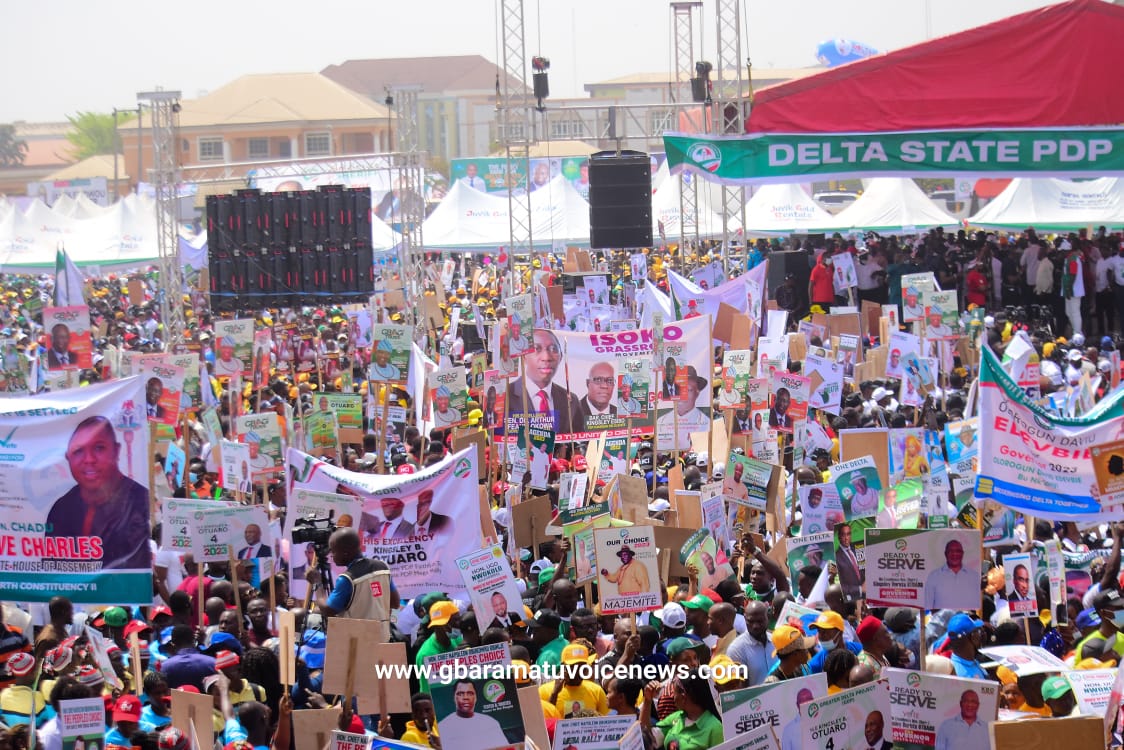 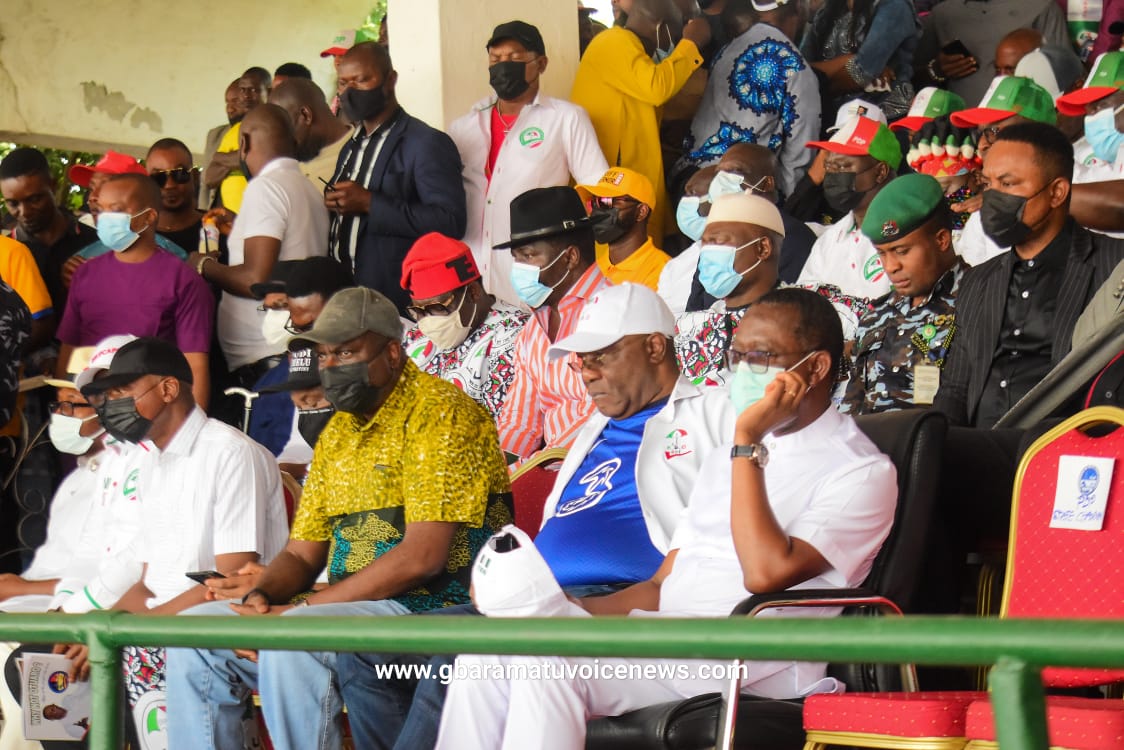 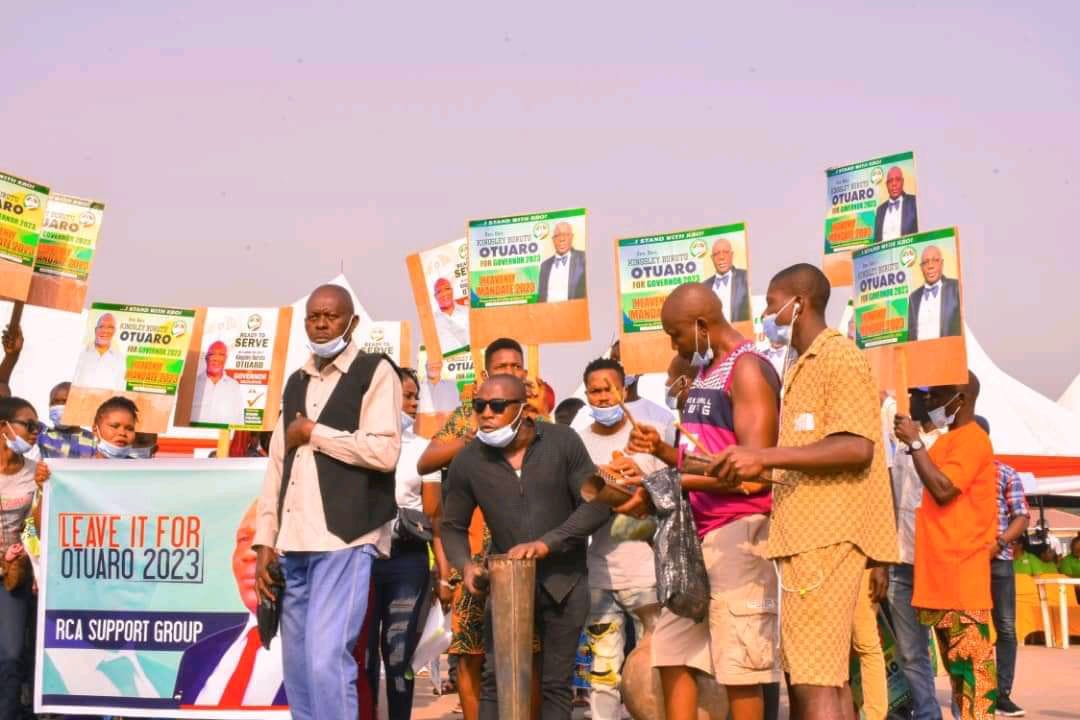 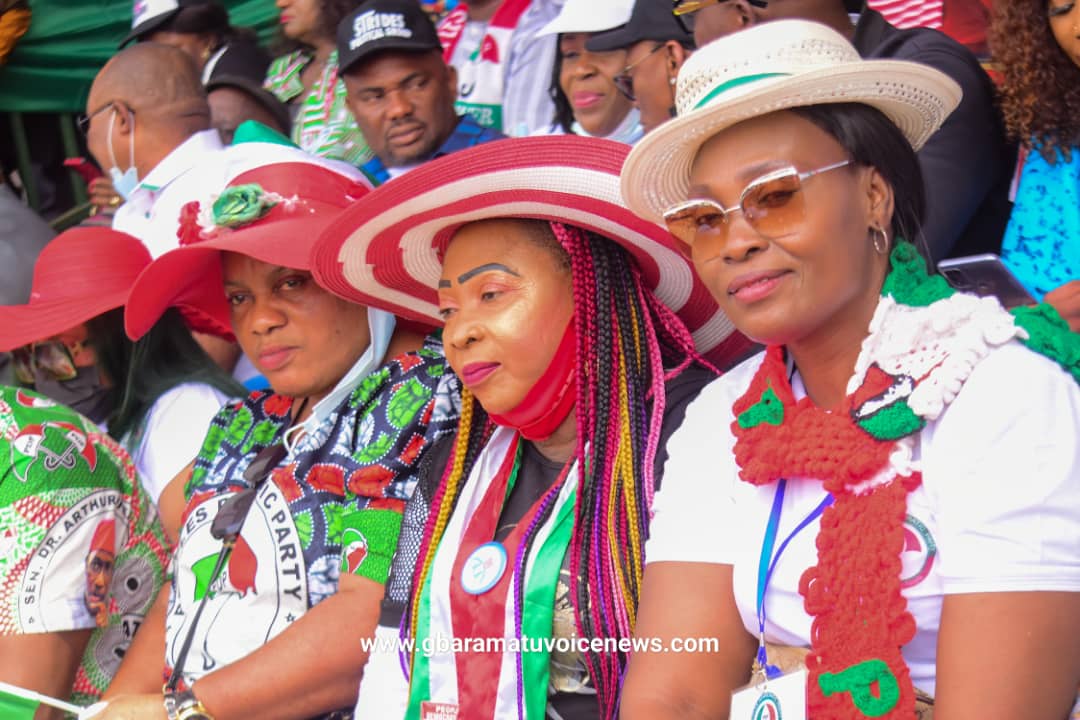 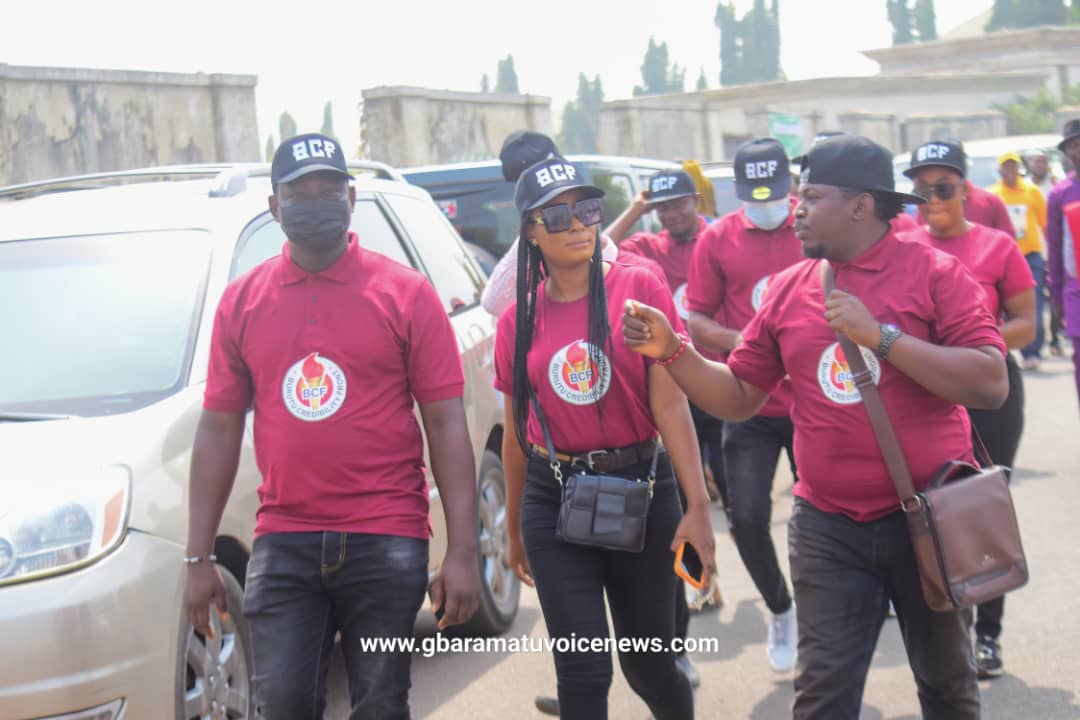 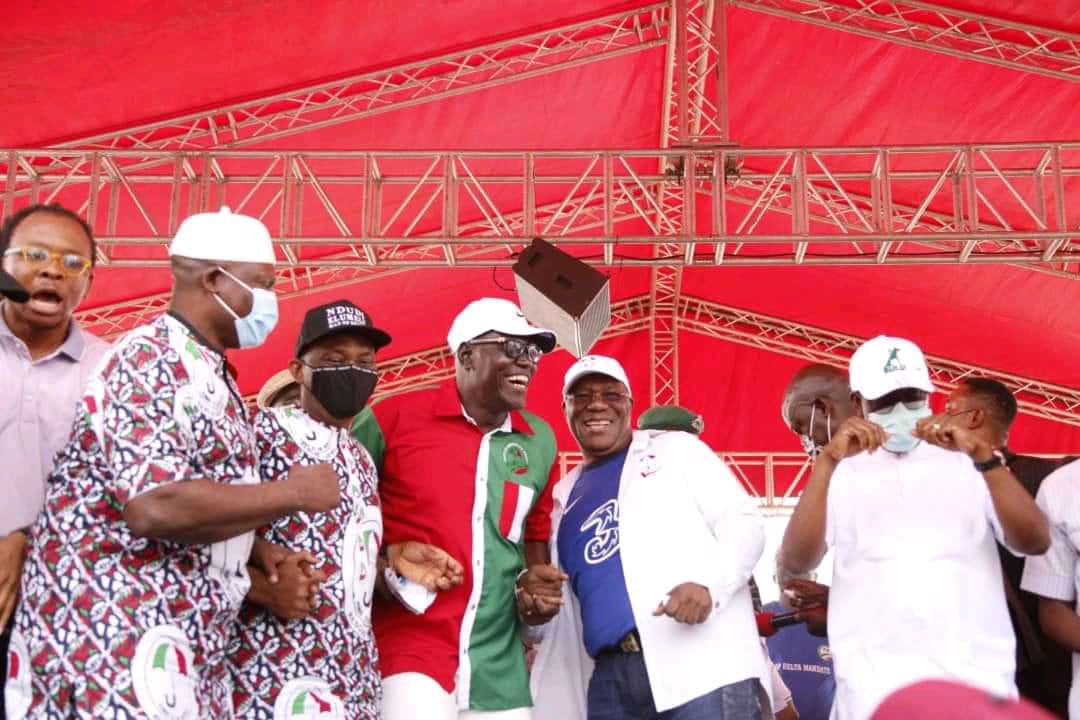 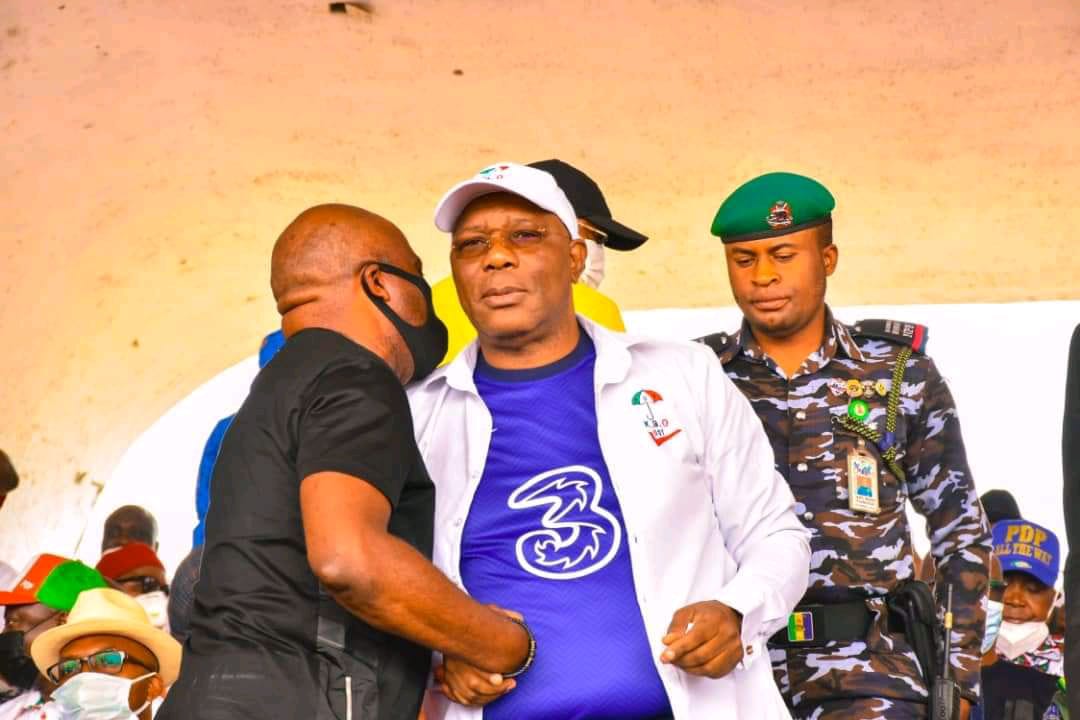 By Enaibo Asiayei
For publication of your news content, articles, live event coverage, videos or any other news worthy materials on GbaramatuVoice, please send to gbaramatuvoice@gmail.com. For further enquiries and to place advert, please call or WhatsApp +2348143459986. FOLLOW US ON FACEBOOK: https://www.facebook.com/gbaramatuvoice/
Advertisements