The oil city of Warri stood still on Saturday, November 19, 2022, as Presidential Candidate of the All Progressives Congress (APC), Bola Ahmed Tinubu led bigwigs in the party from across the country to converge for the flag-off of the Presidential and Gubernatorial elections campaign in Delta state.

The Warri Township Stadium, venue of the event was filled to capacity as the Presidential Candidate, Bola Tinubu, his wife, Oluremi, the gubernatorial candidate of the party in Delta state, Senator Ovie Omo-Agege, his deputy, Hon Friday Osanebi, among others elicited earth-quaking applause from the enthusiastic crowd of fans and party faithful from all over Delta state.

See some of the photos captured by GbaramatuVoice team below. 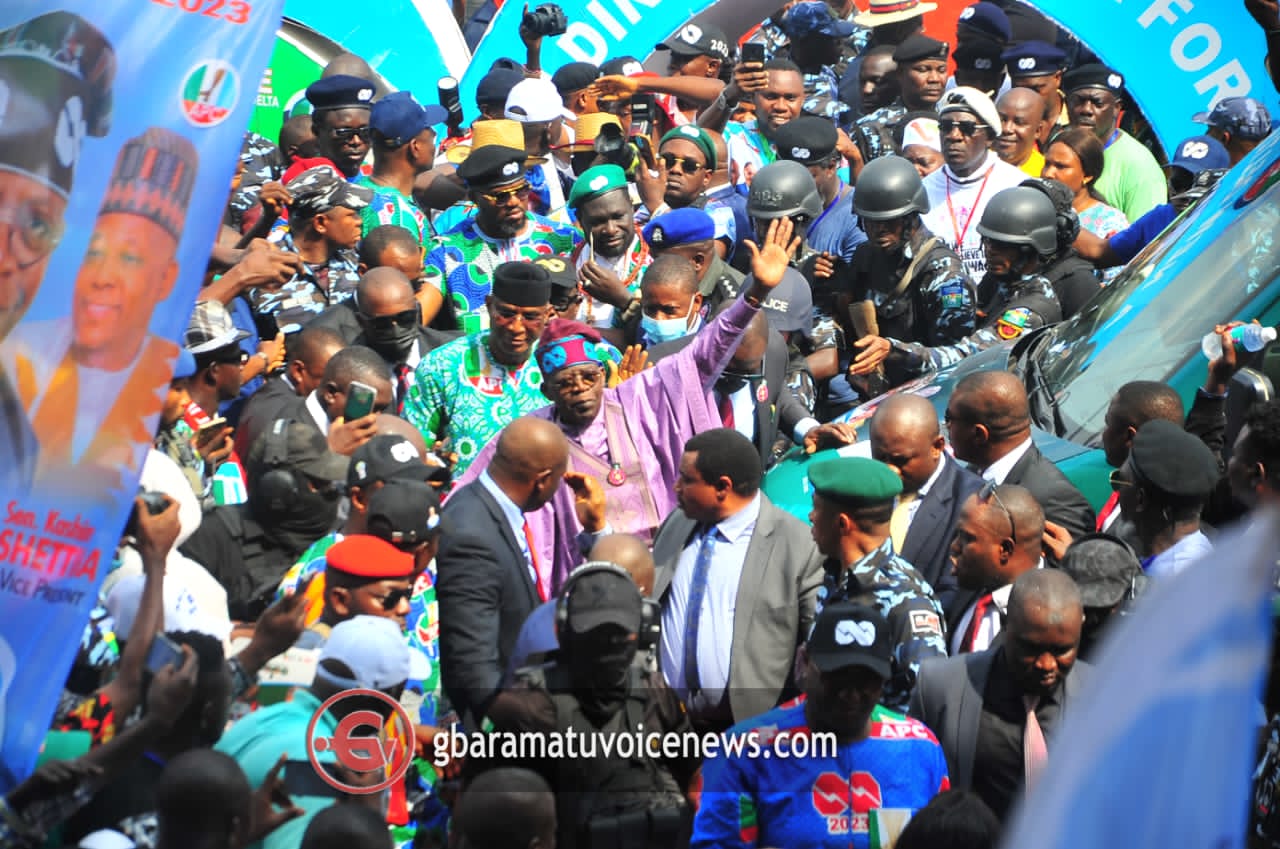 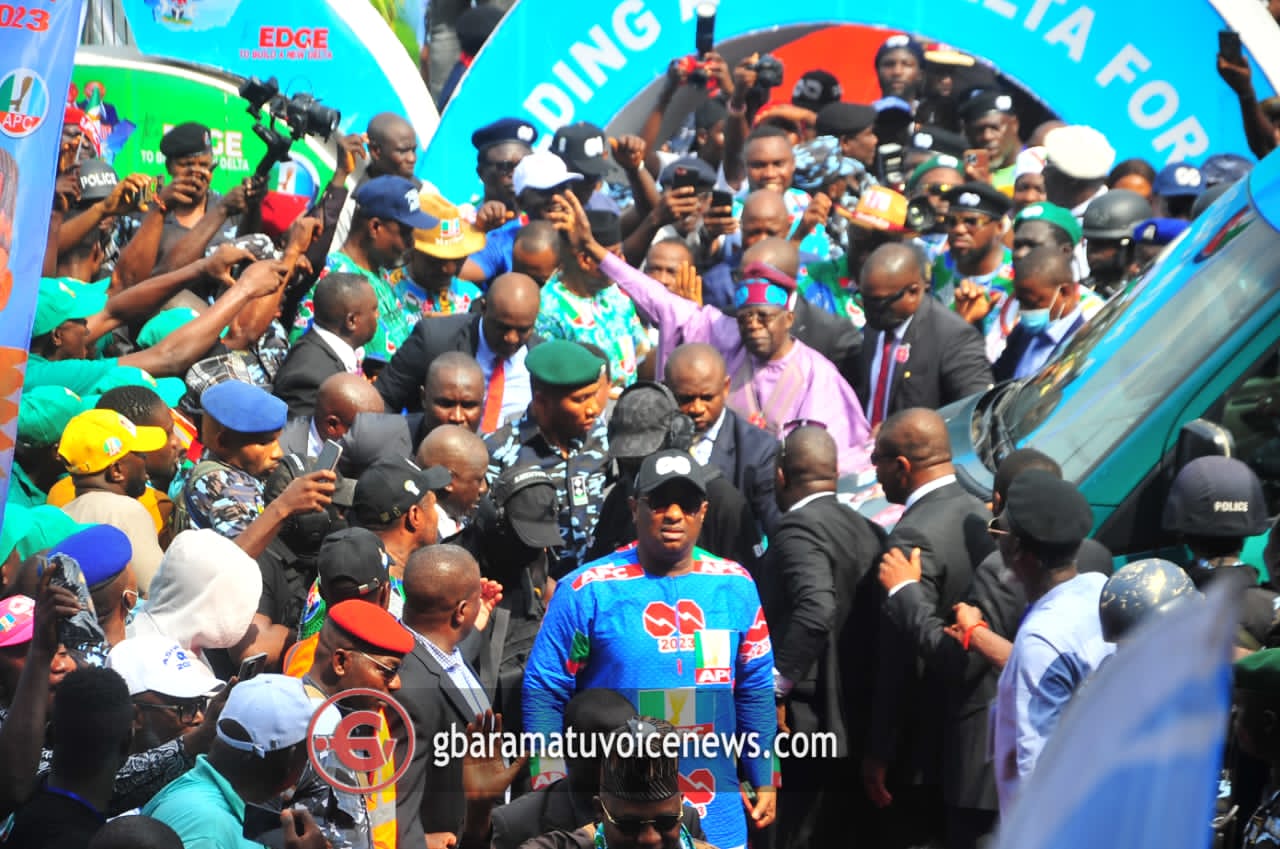 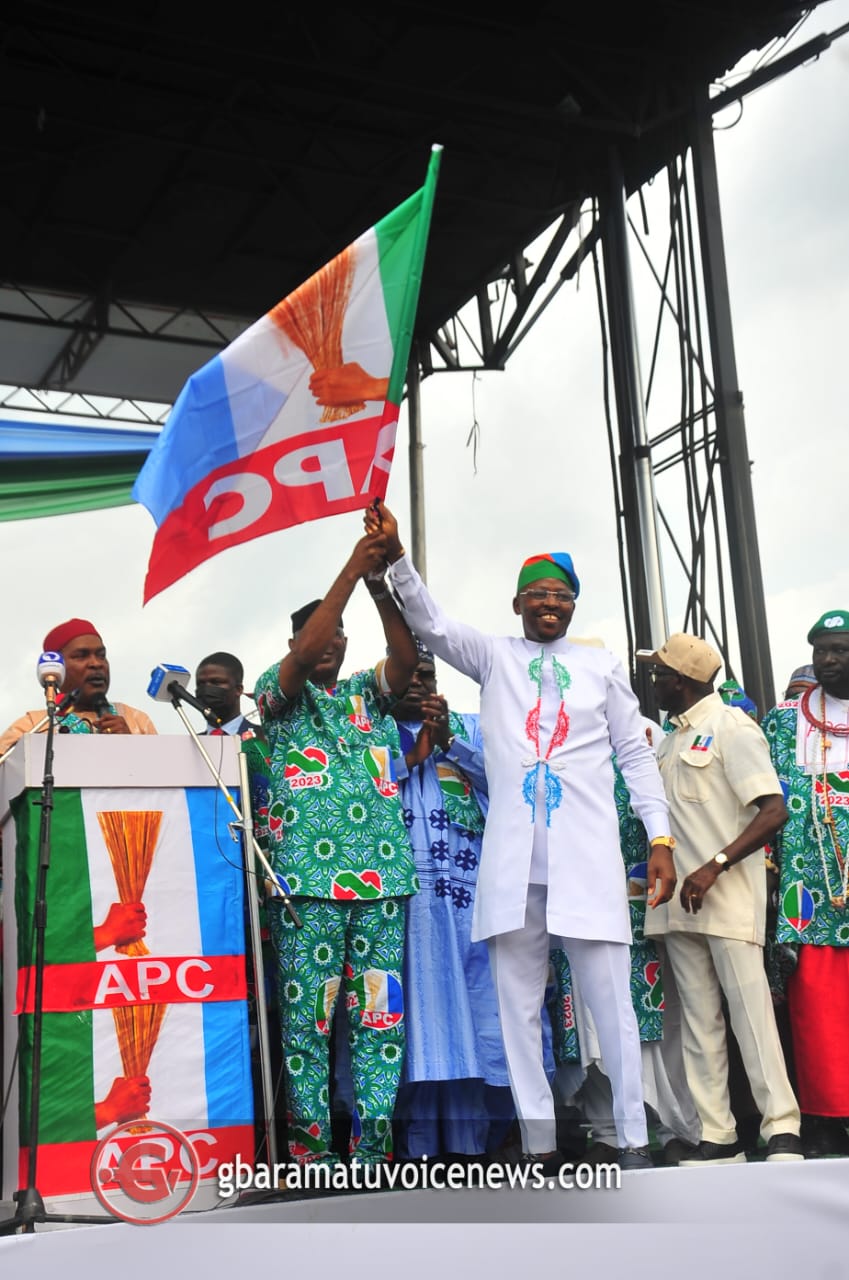 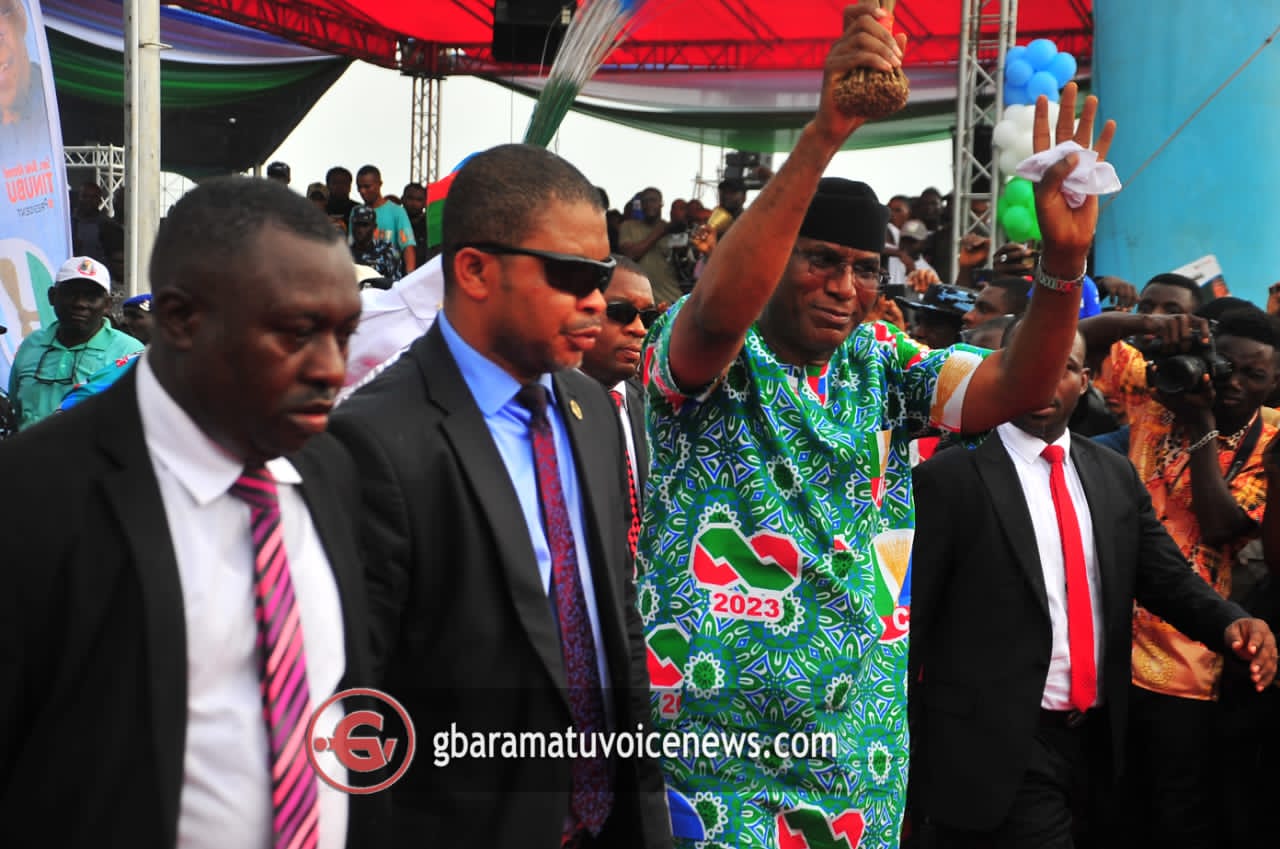 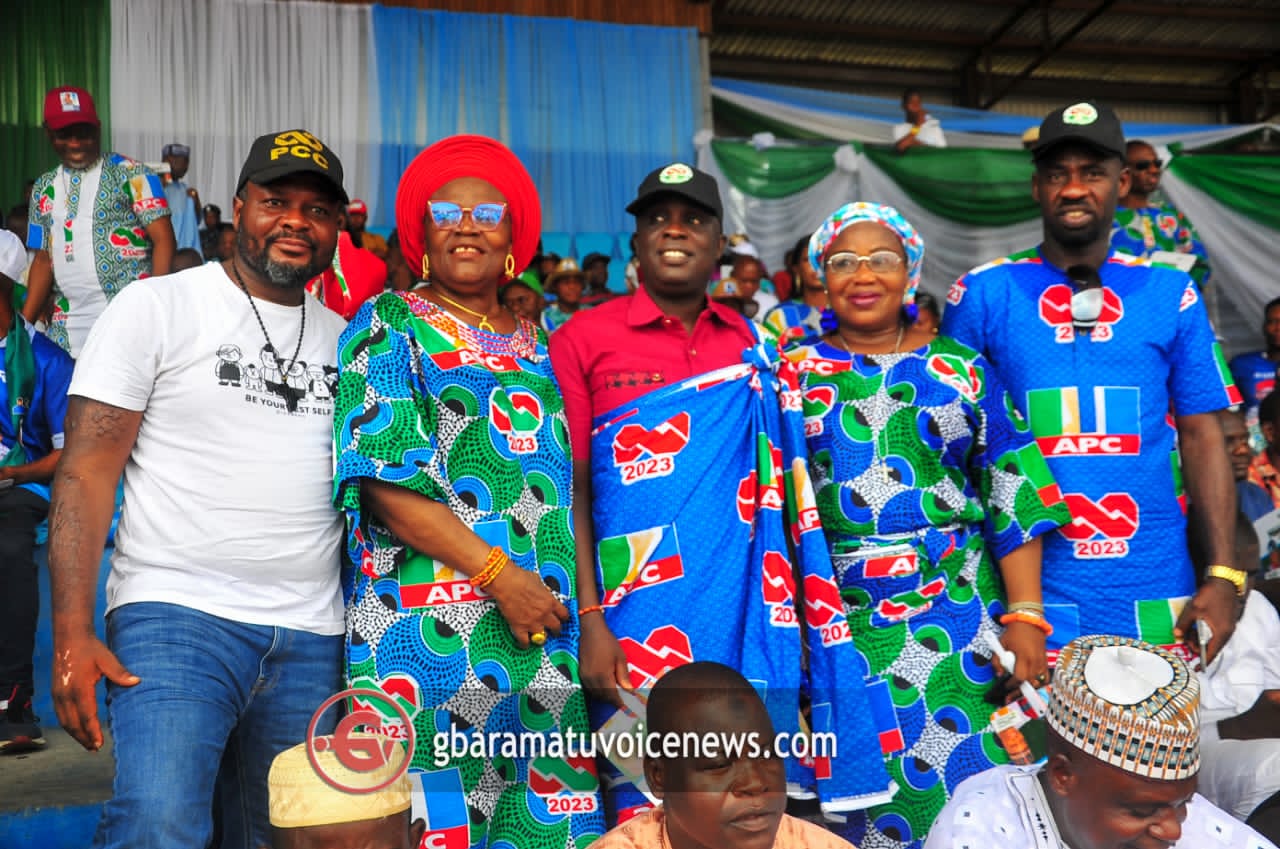 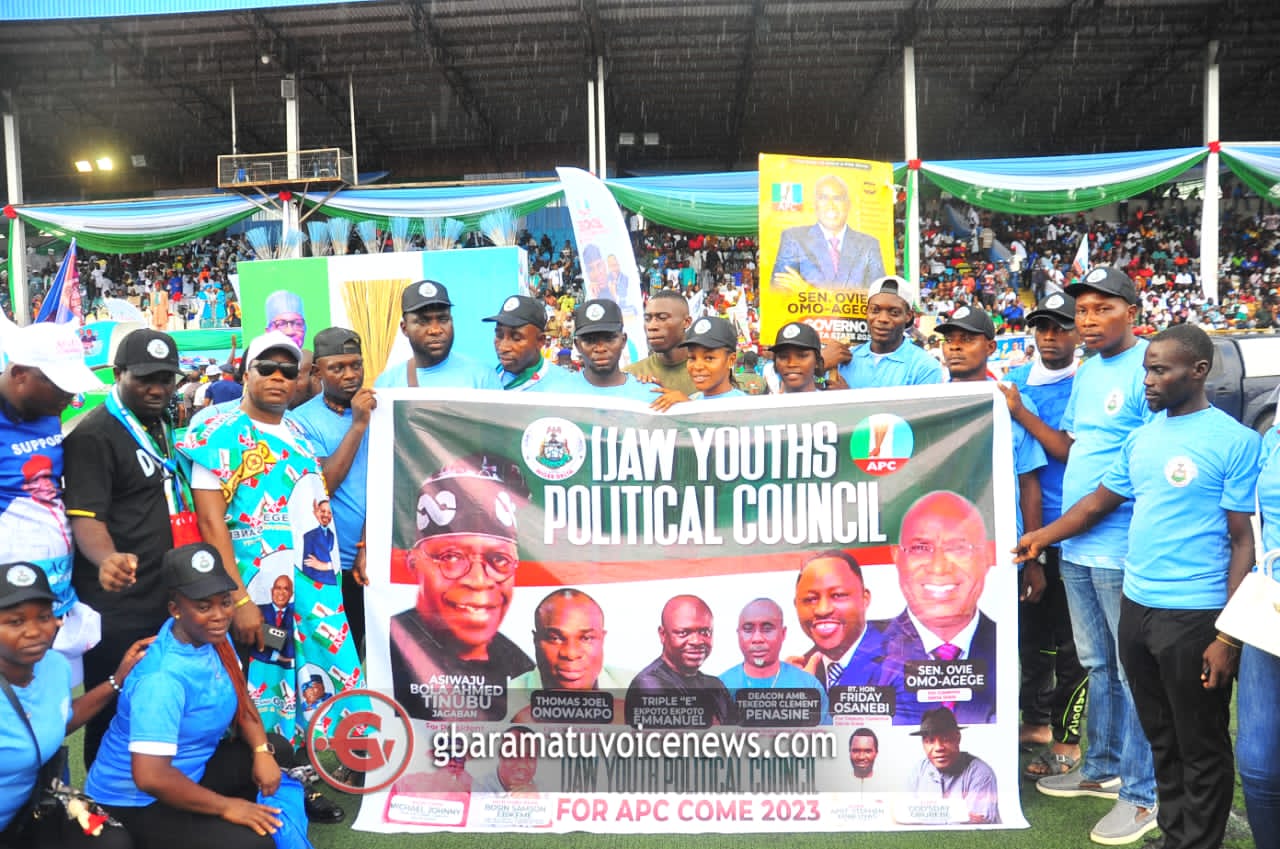 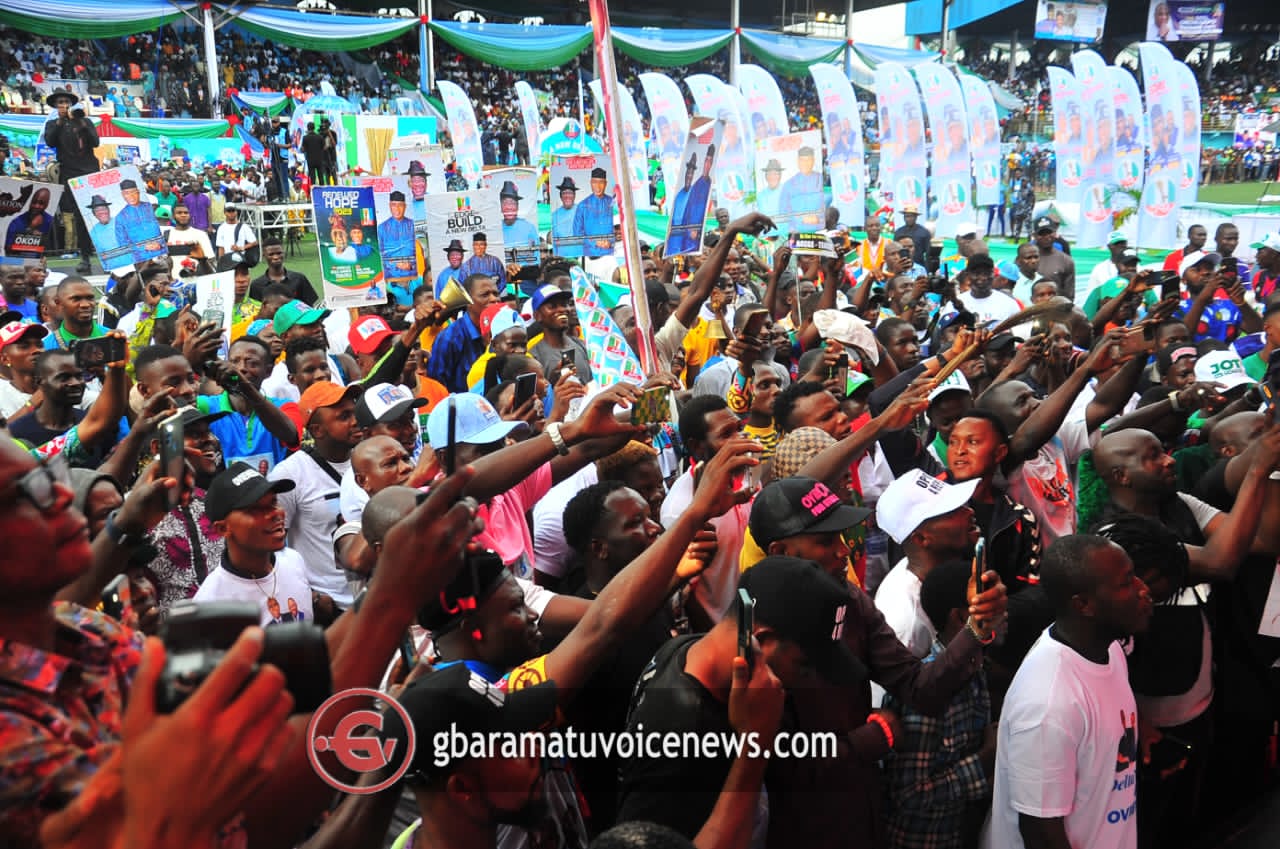 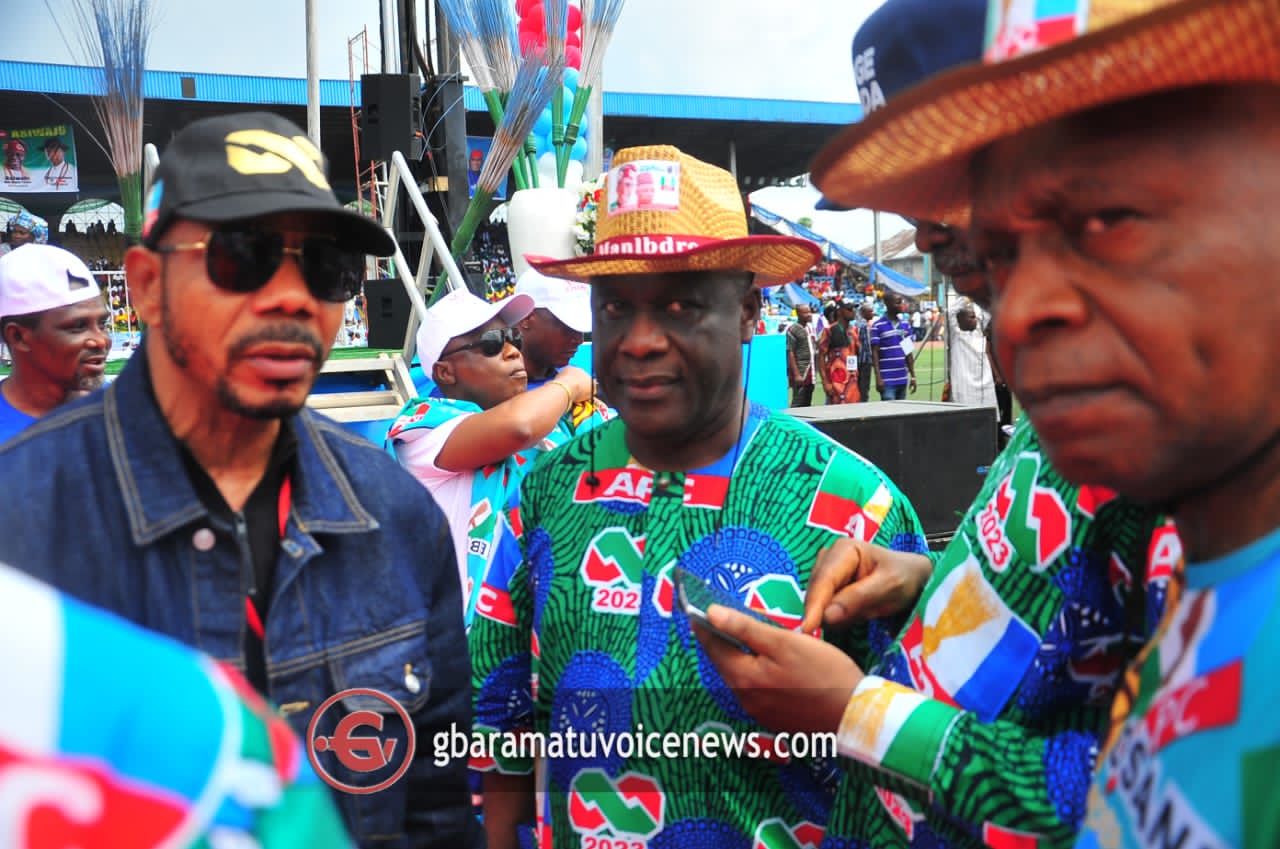 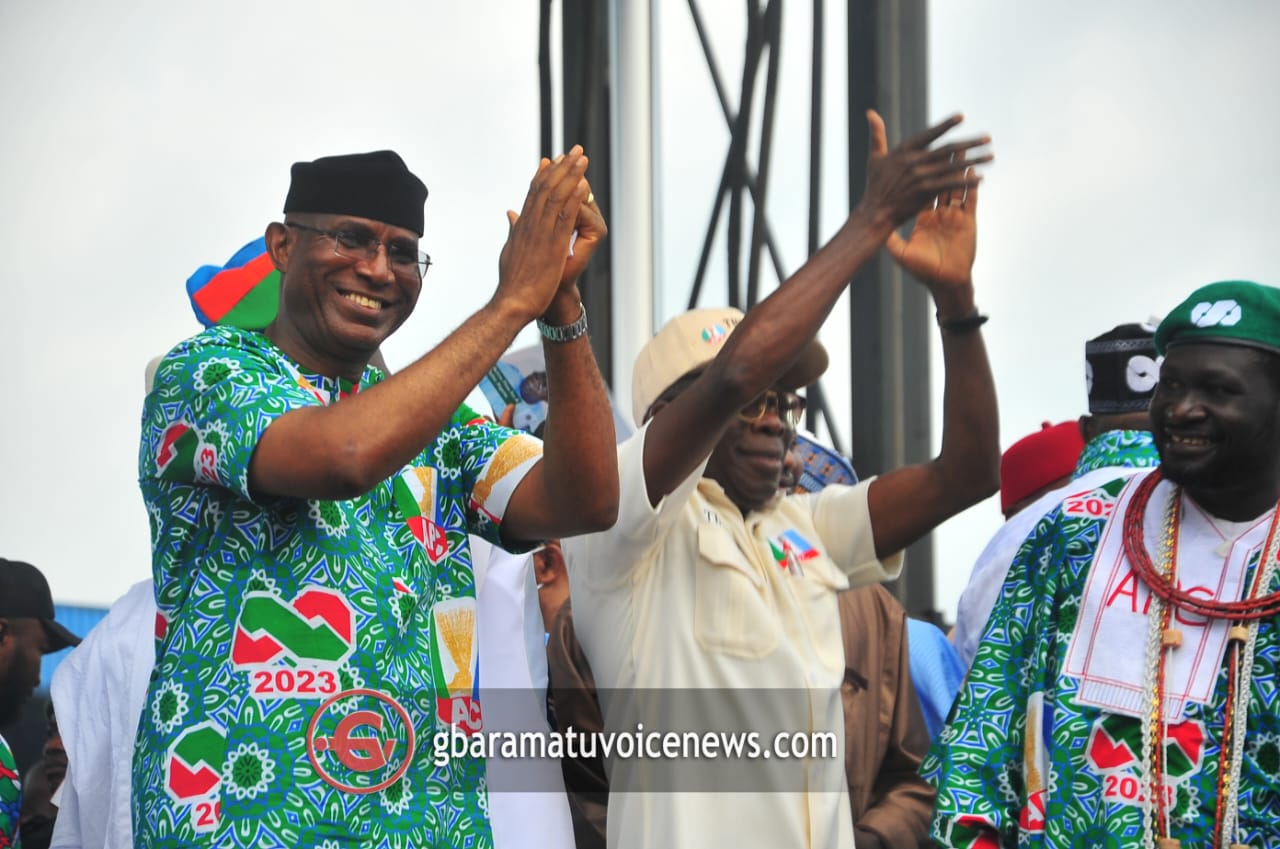 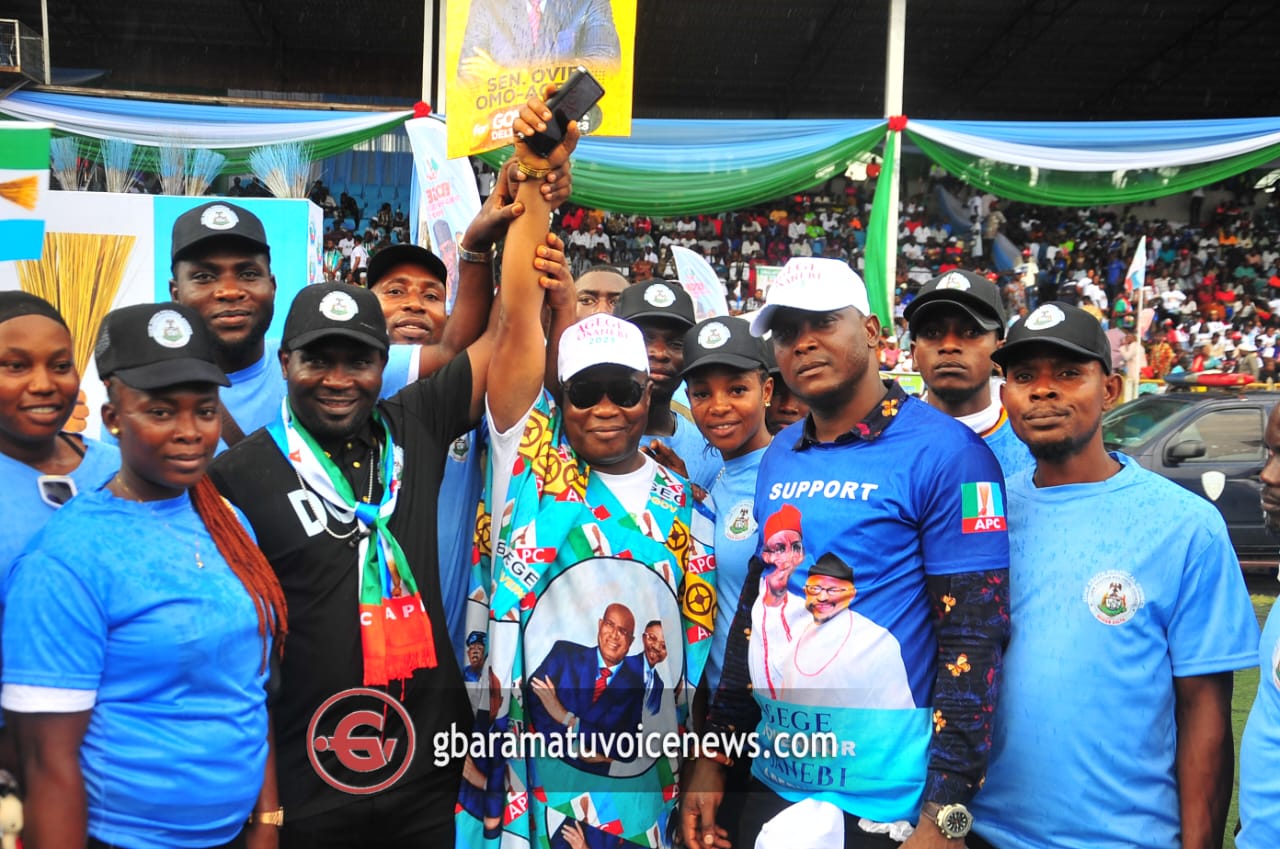 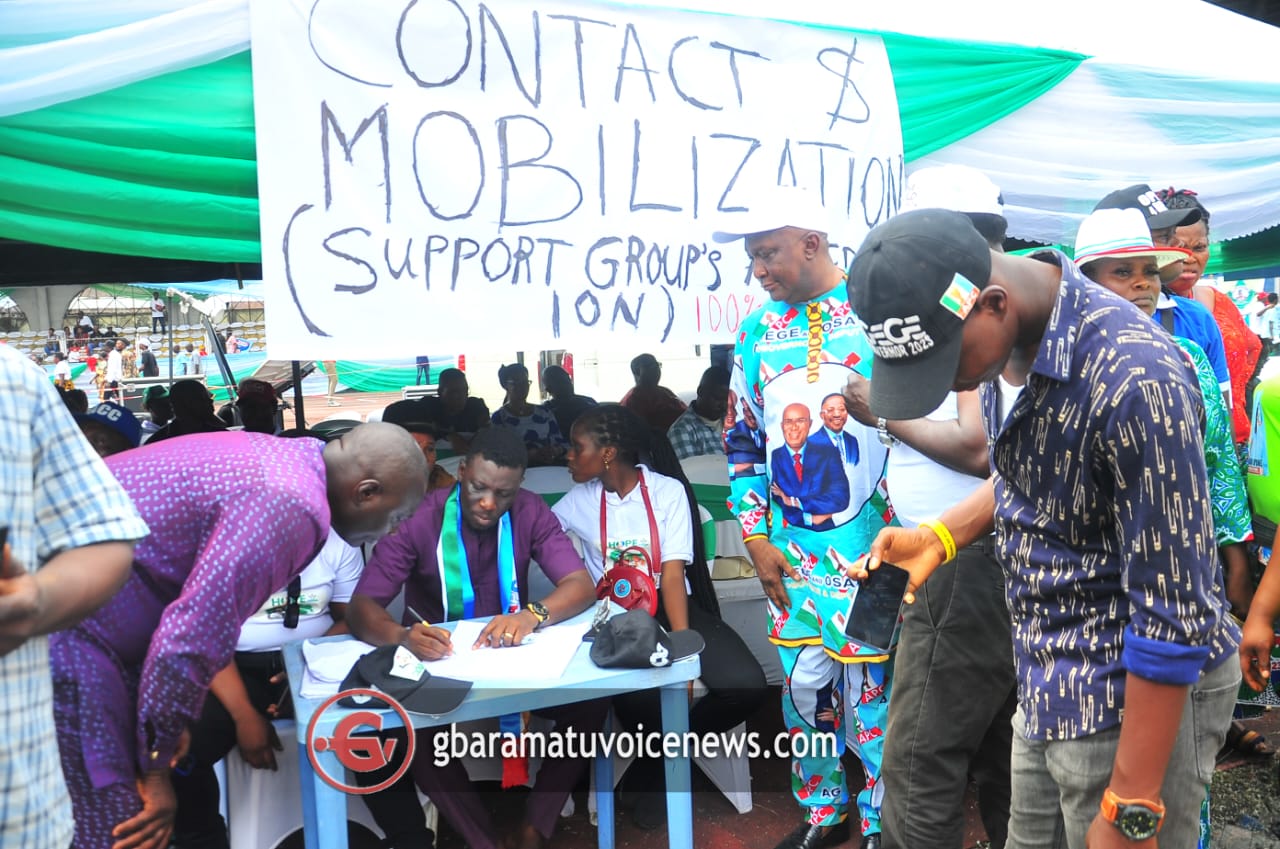 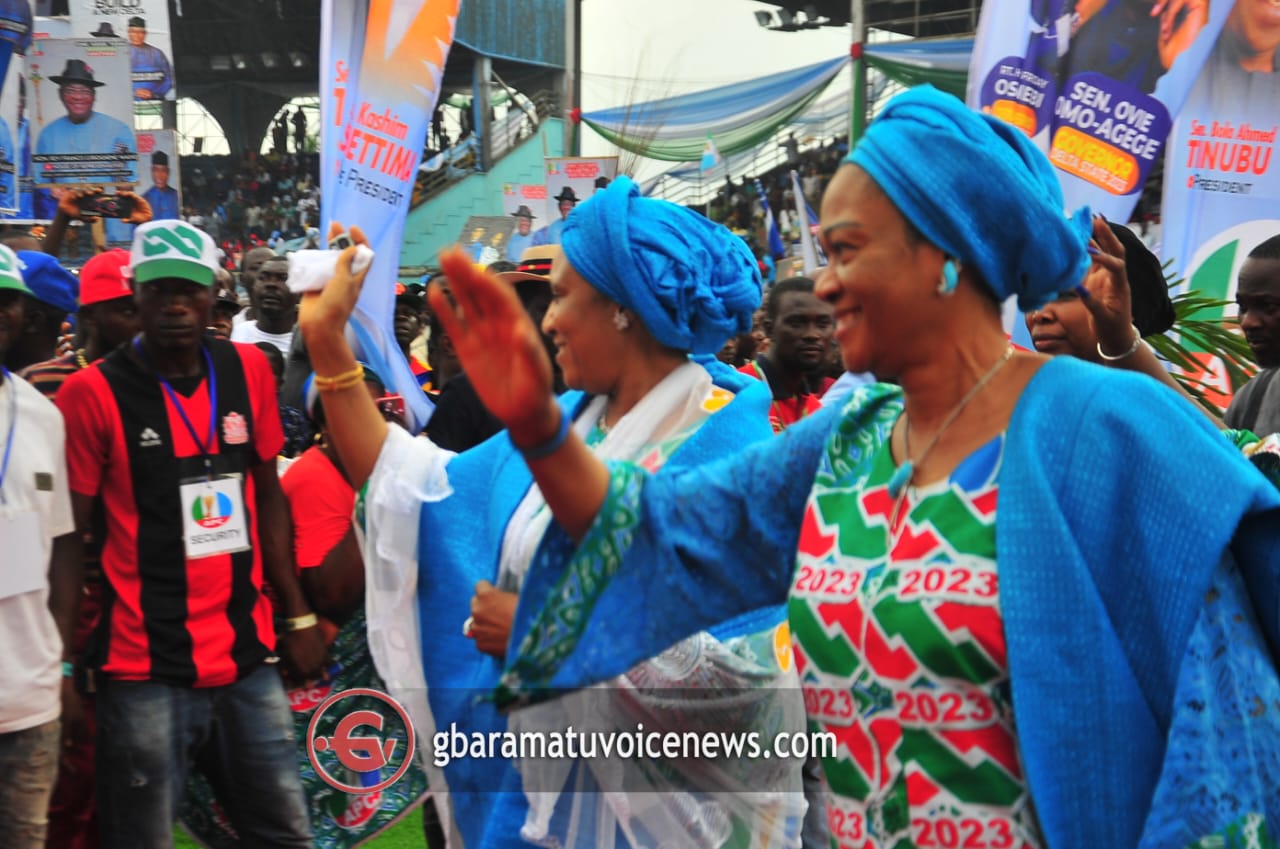 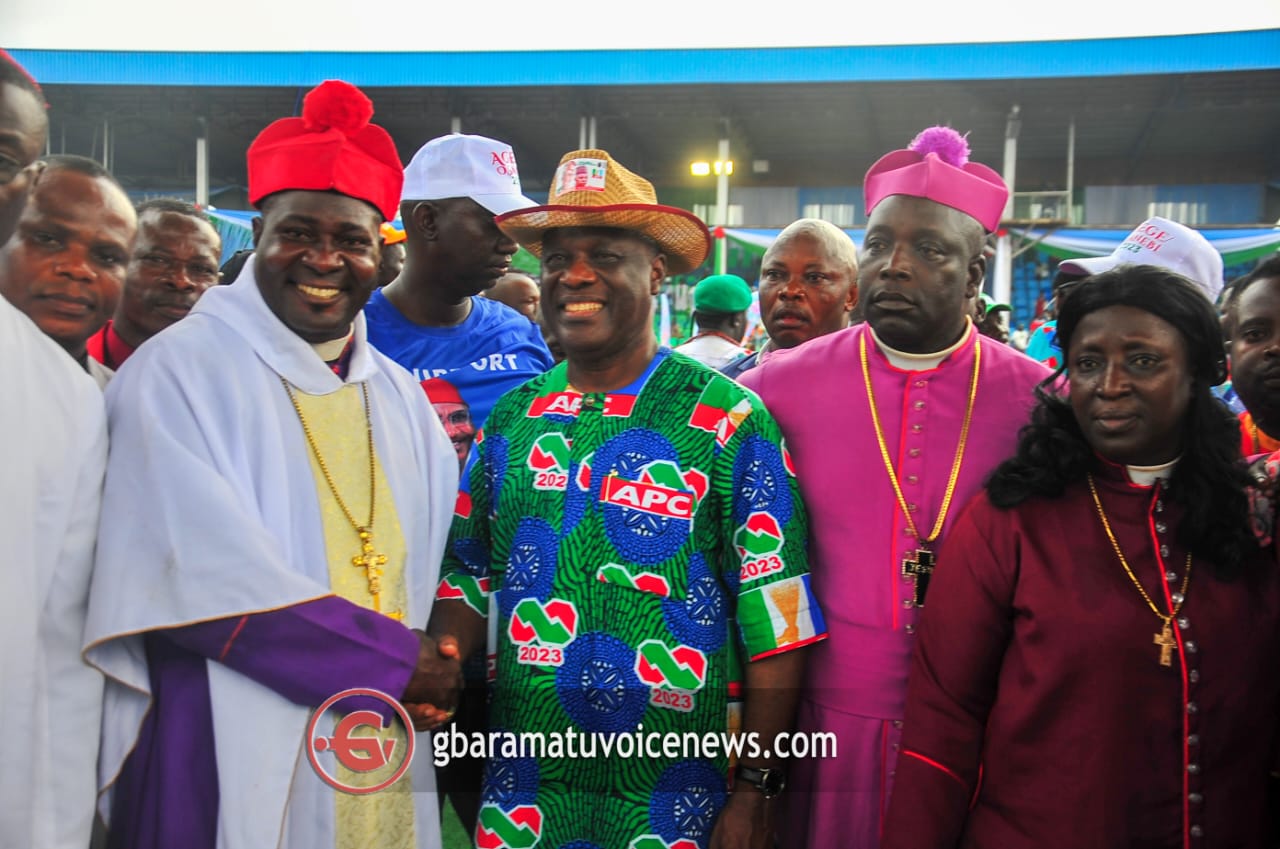 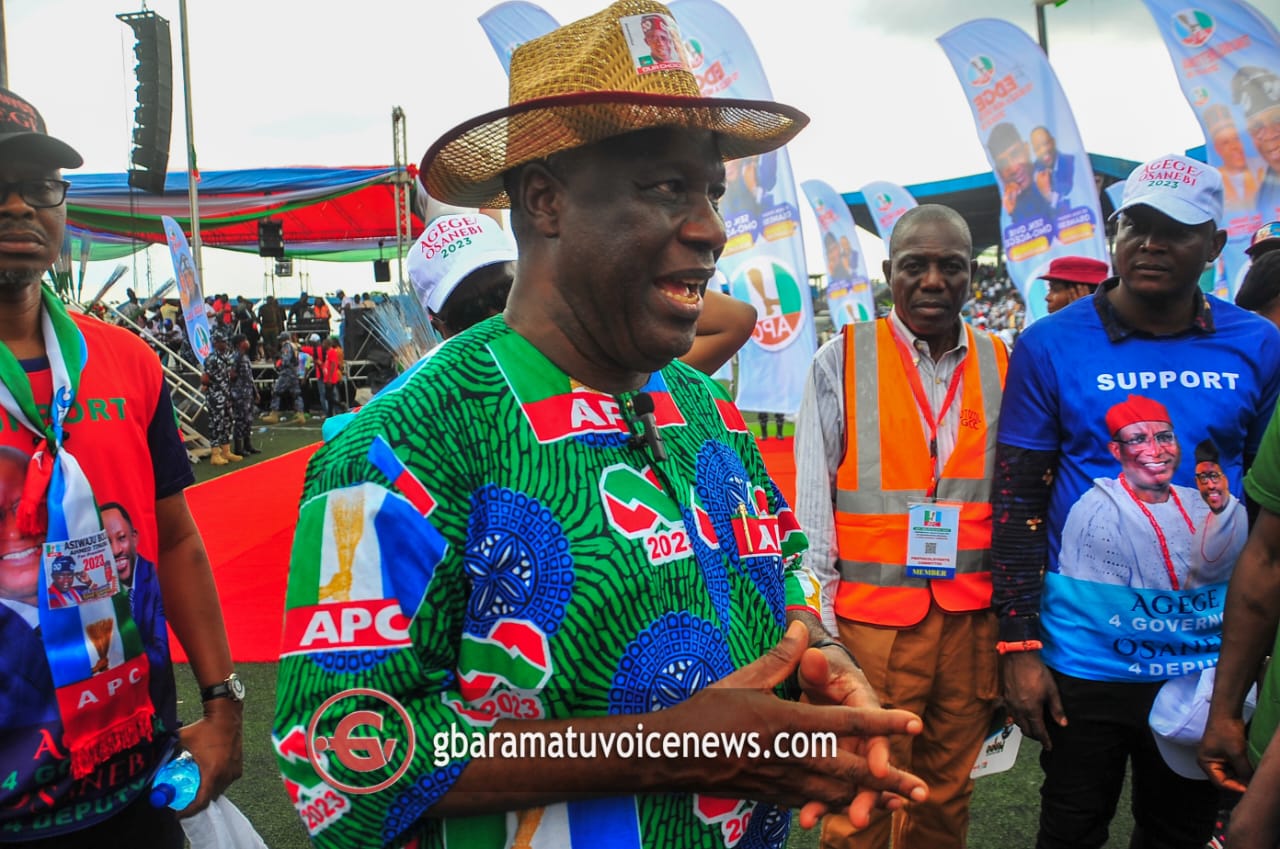 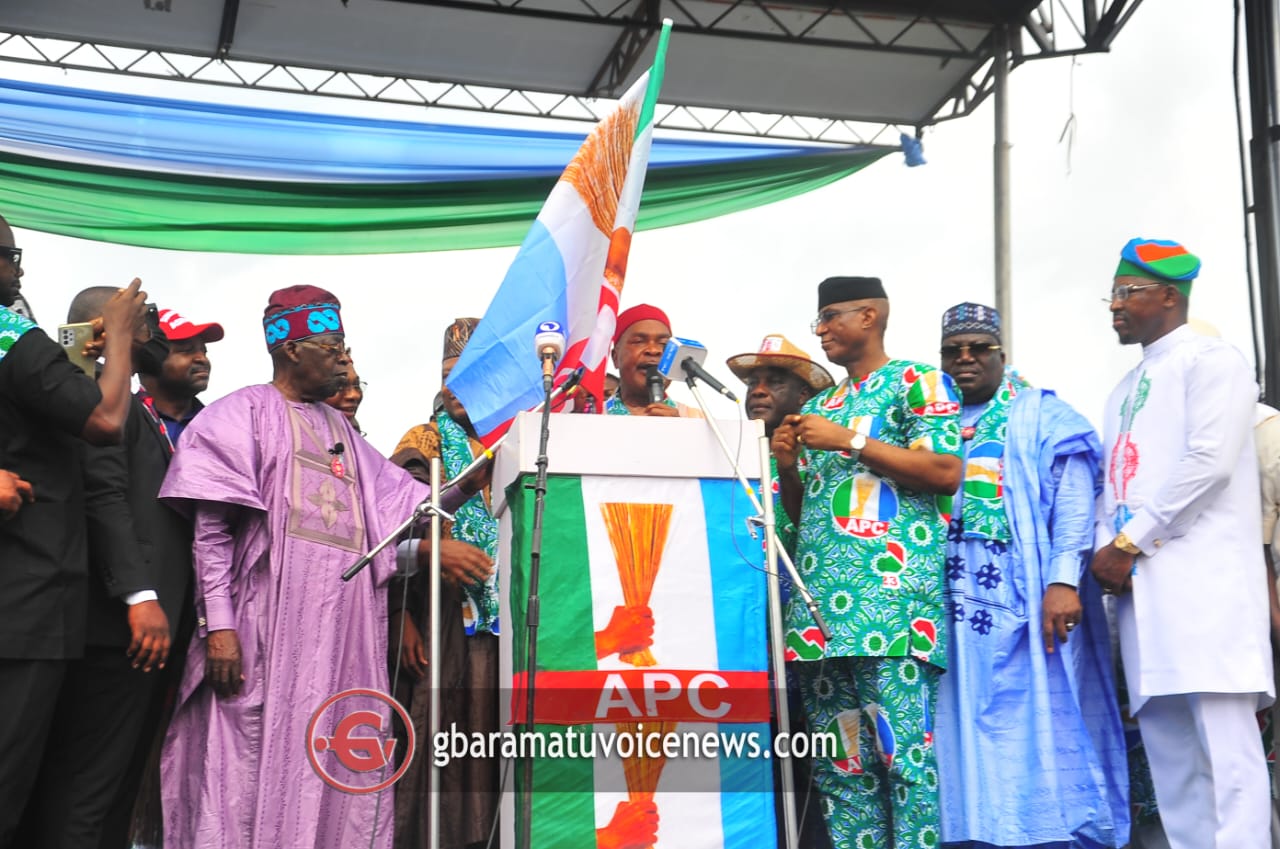 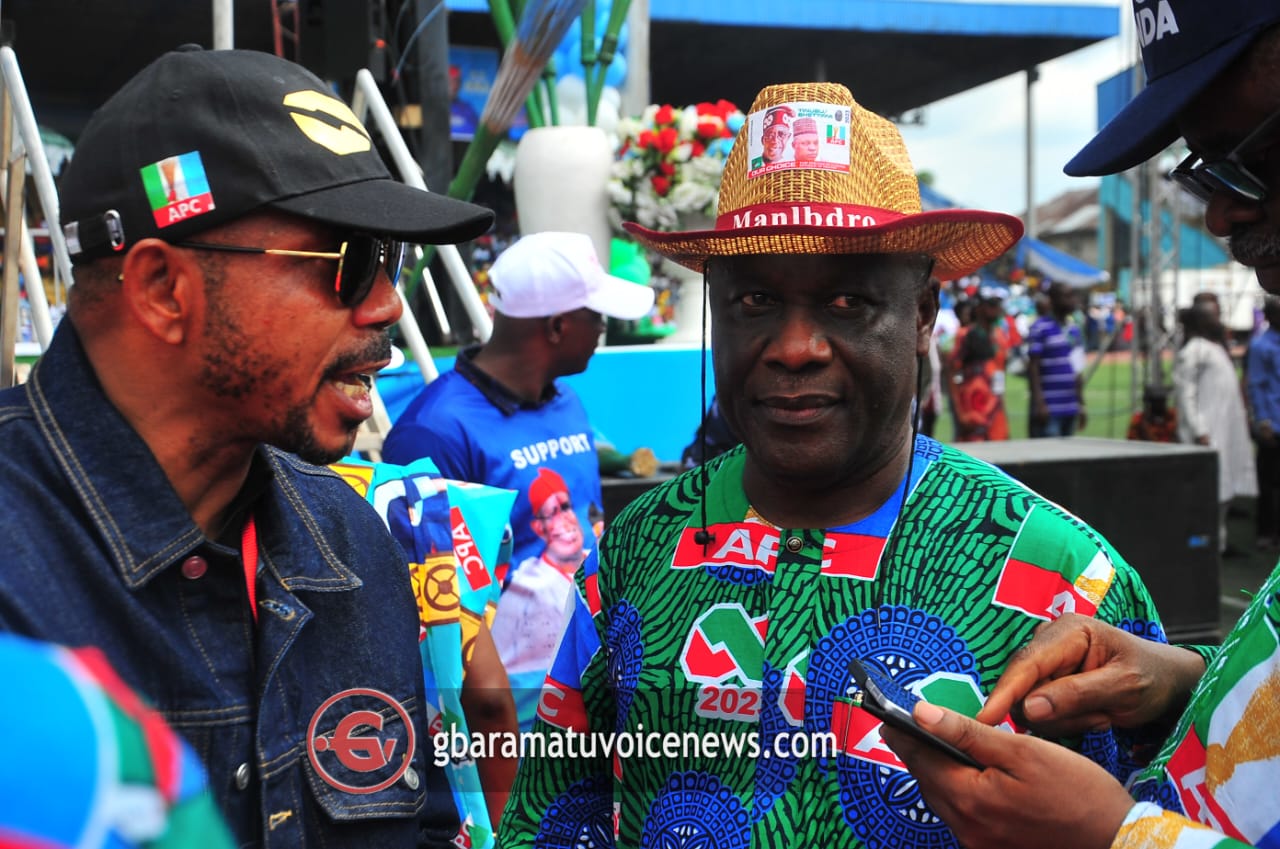 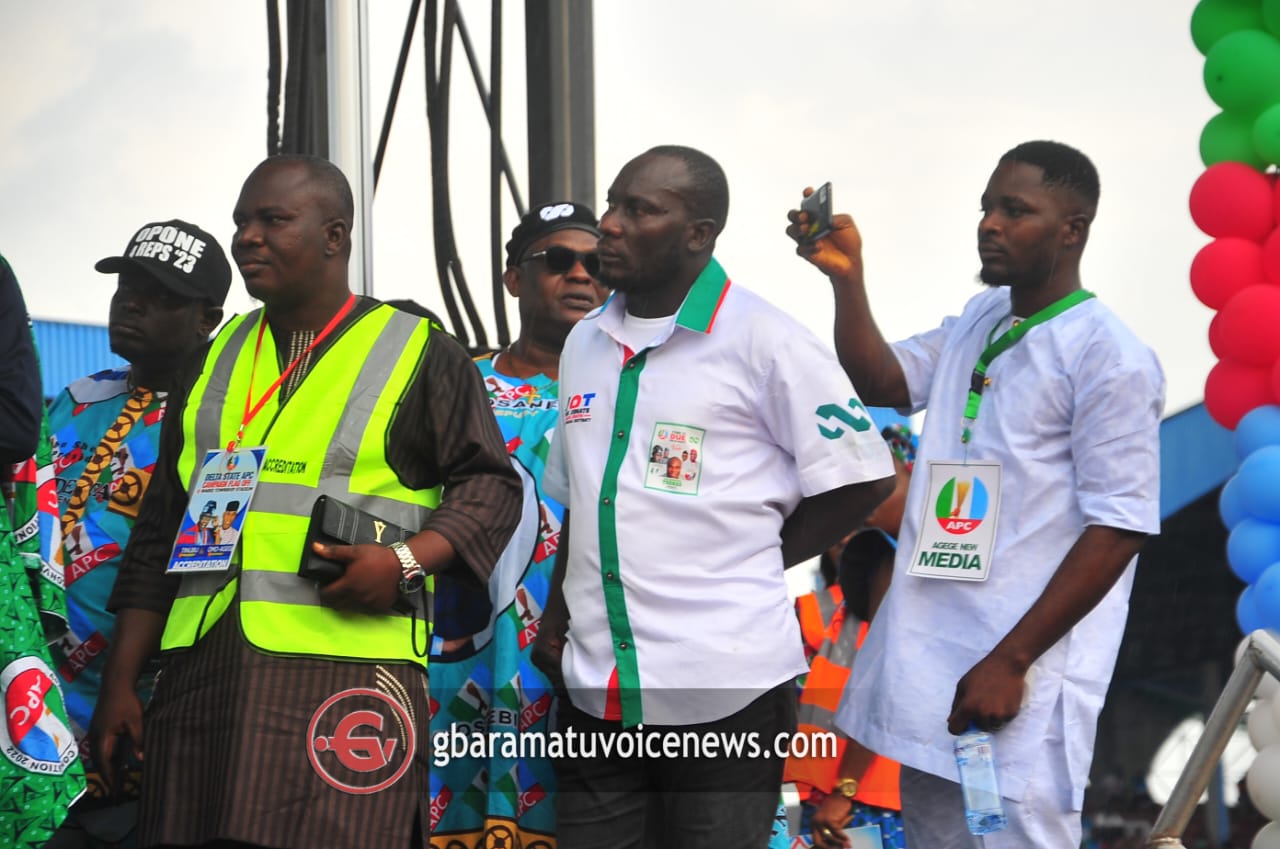 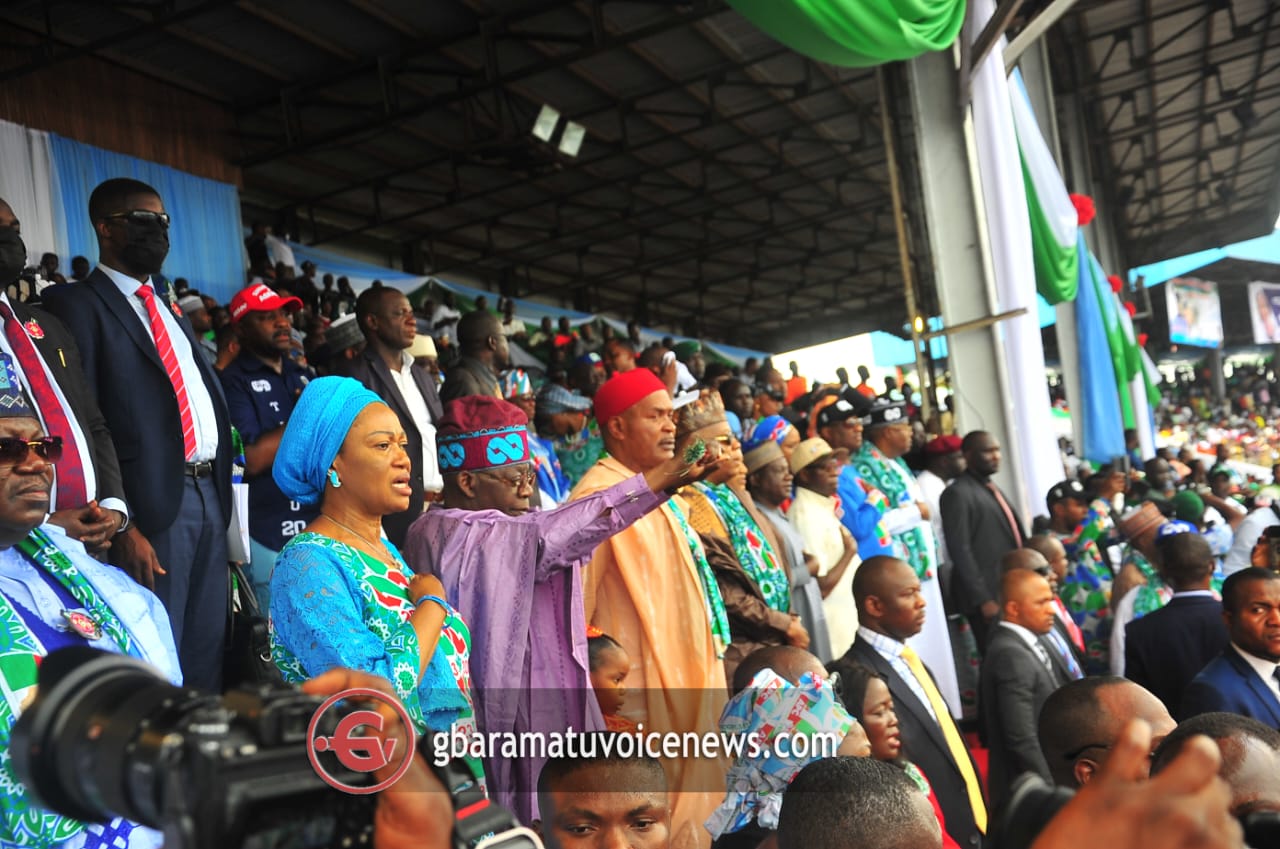 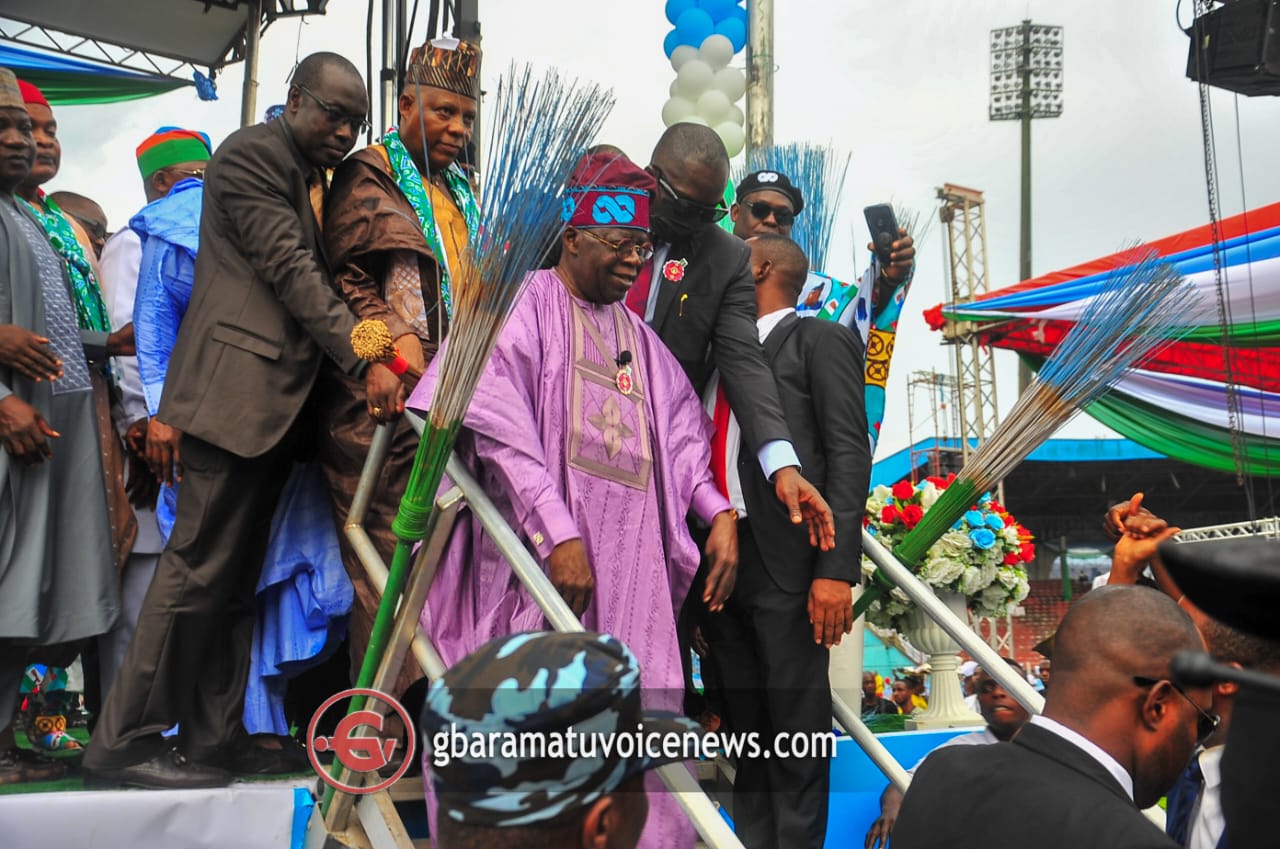 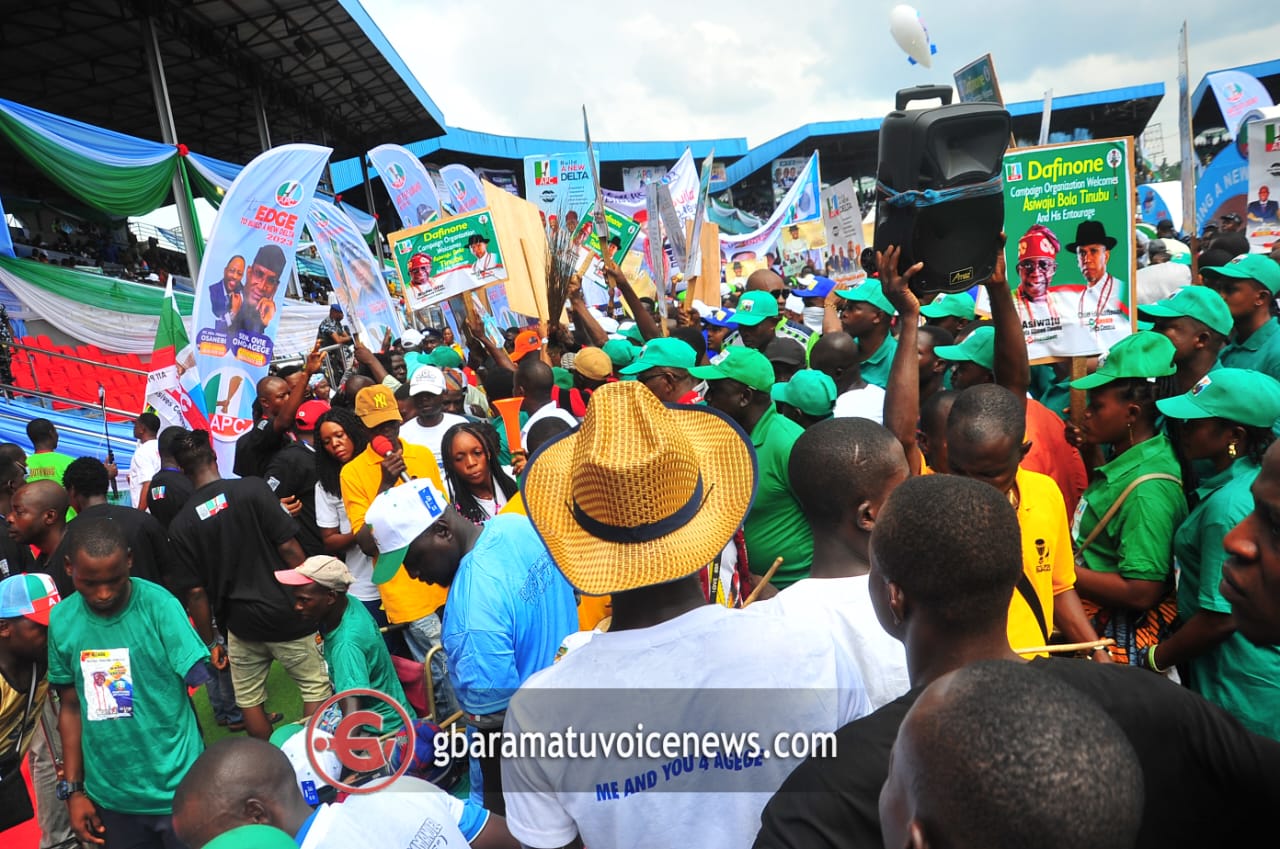 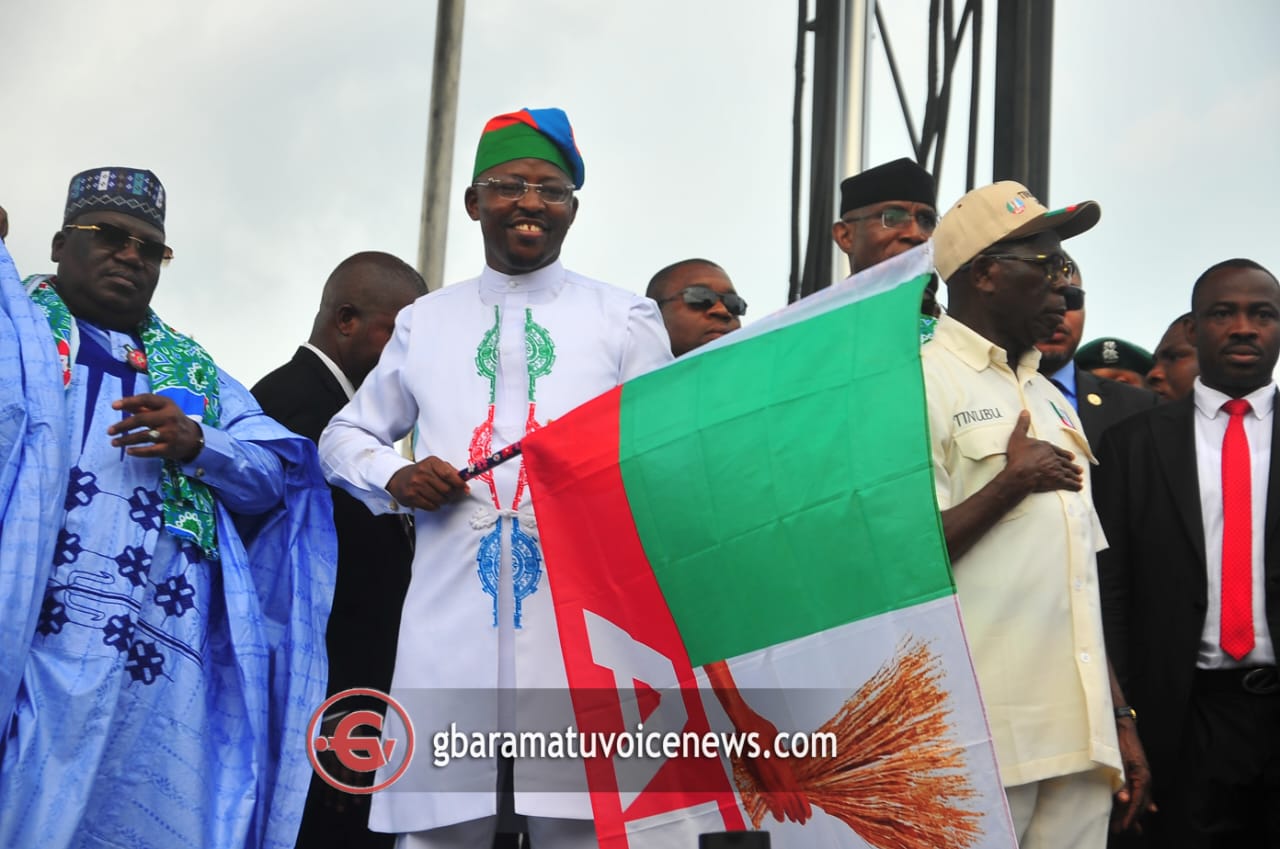 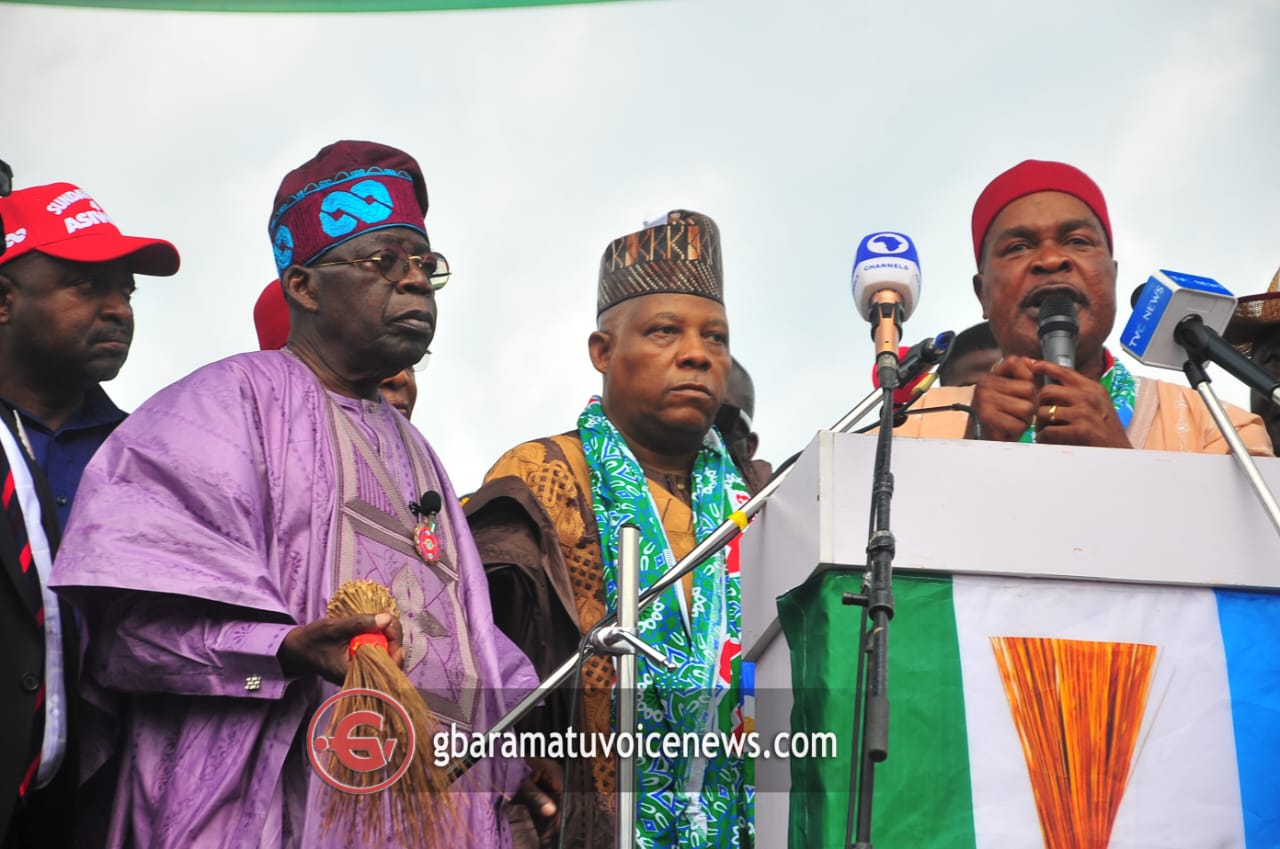 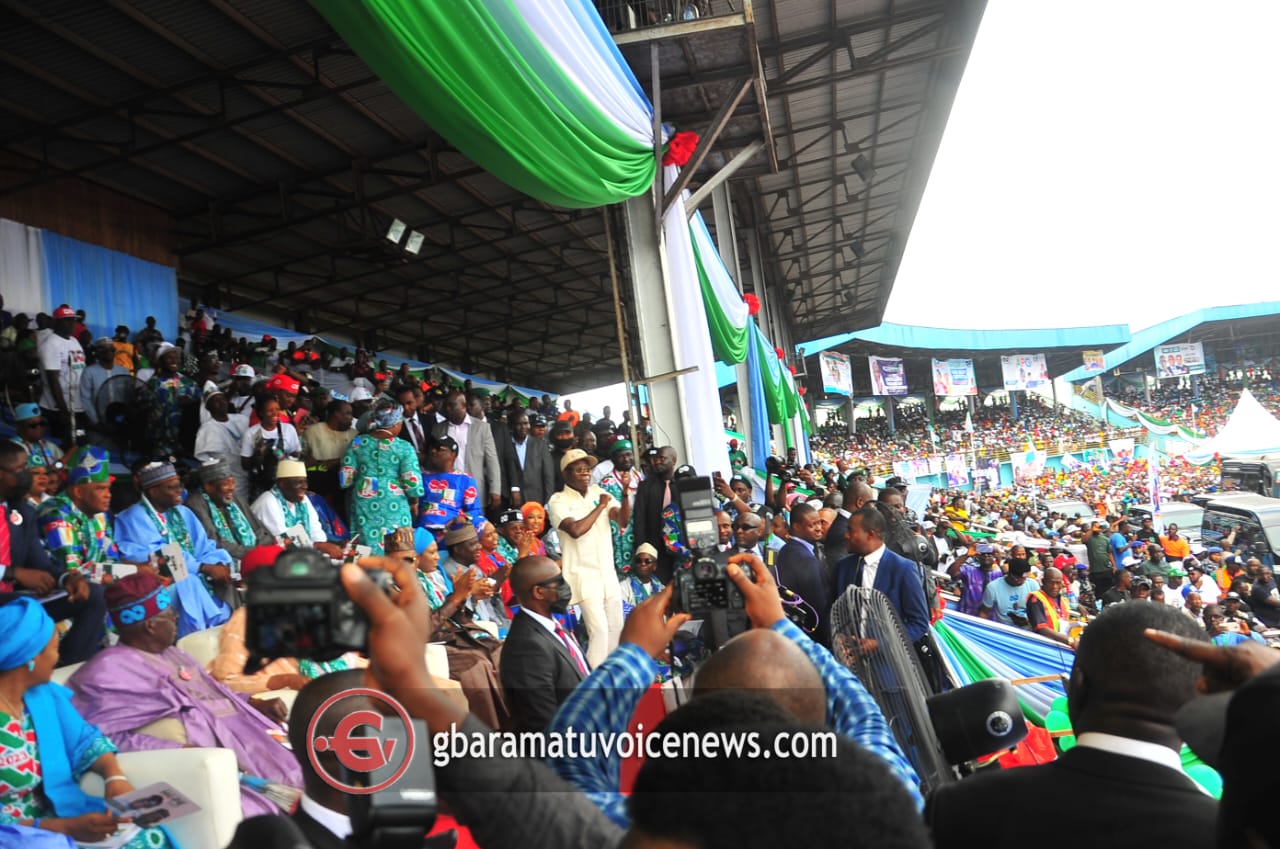 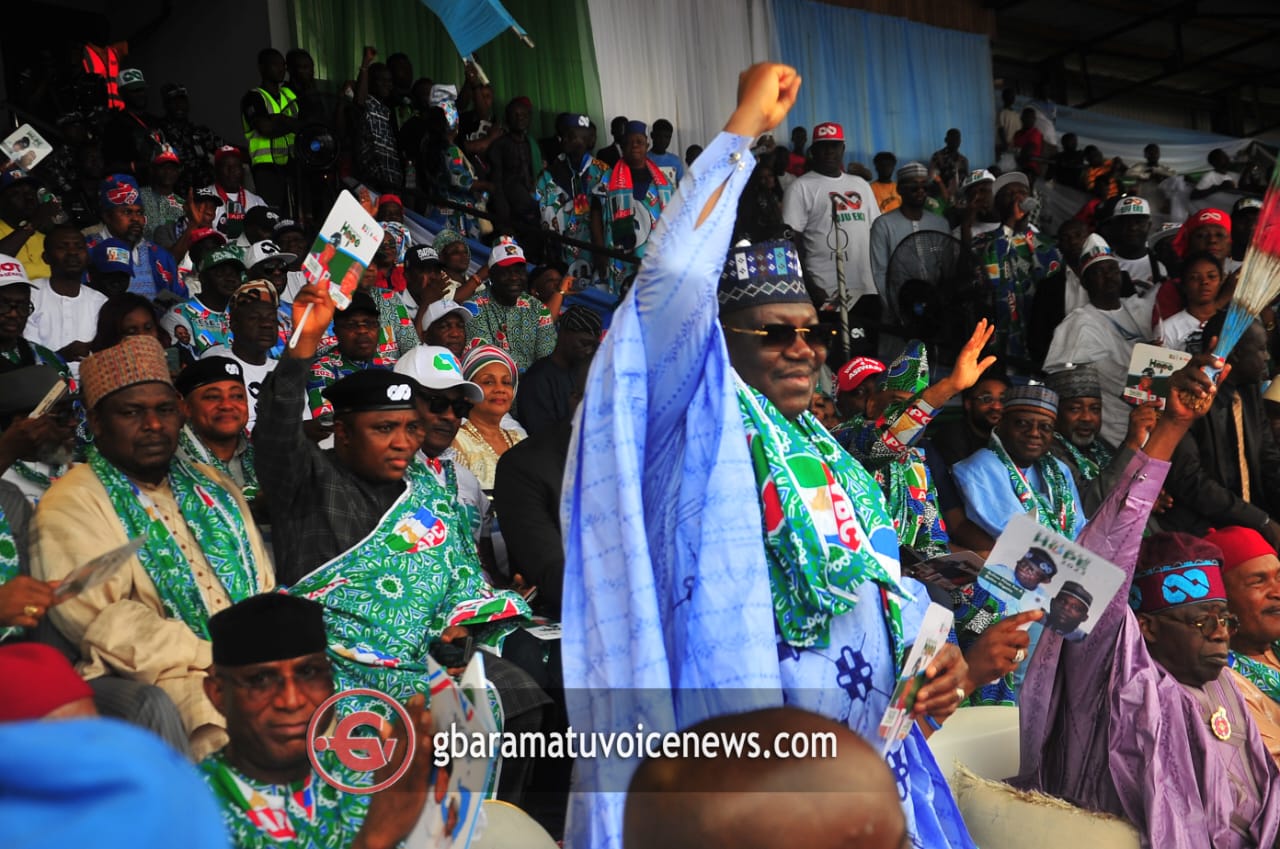 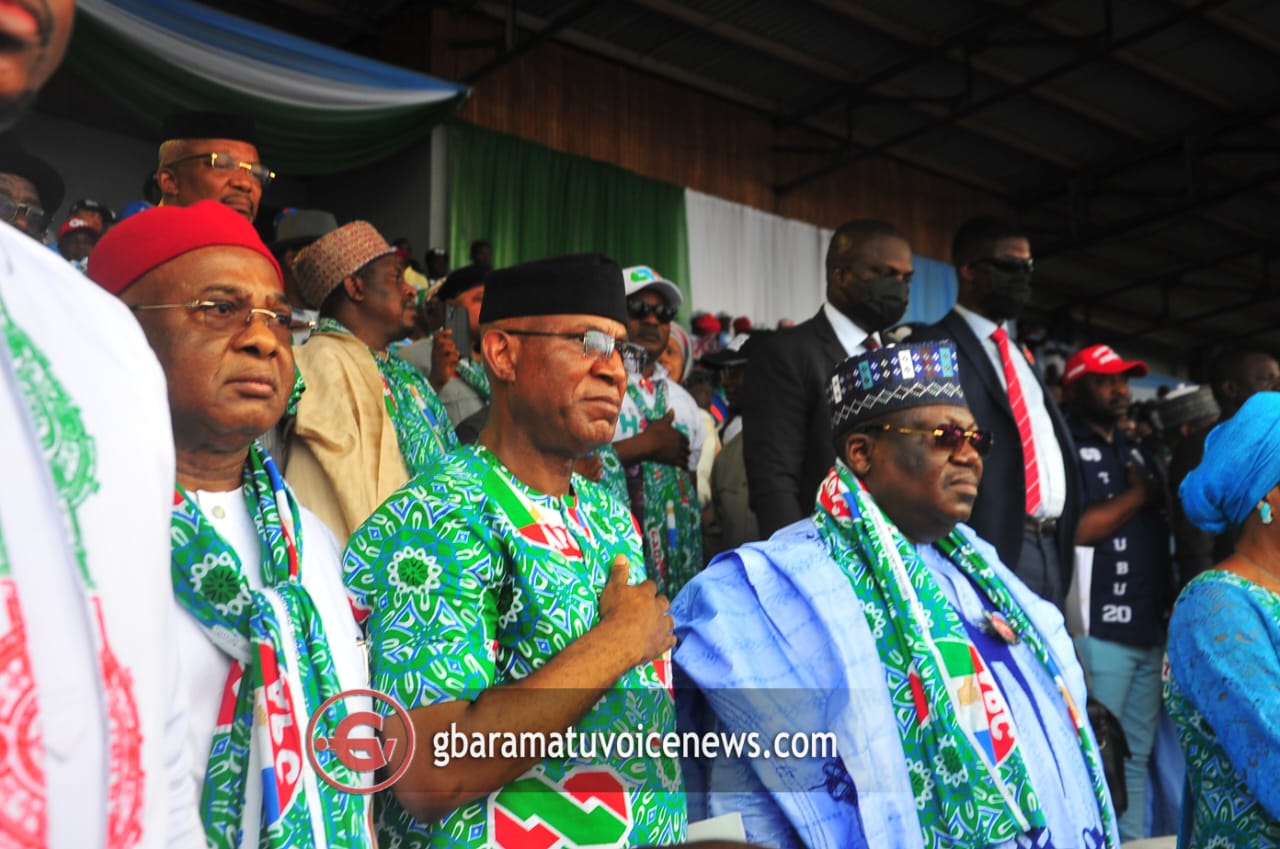 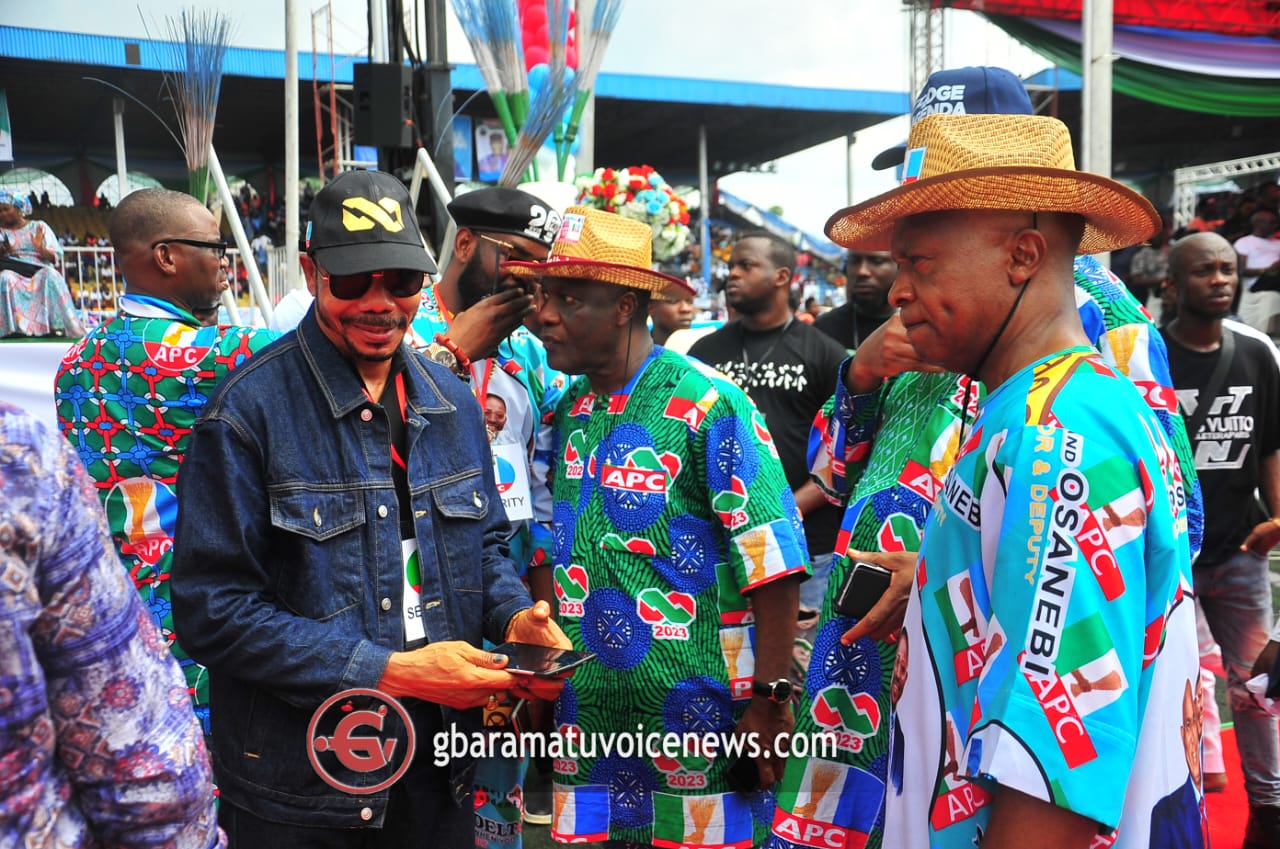 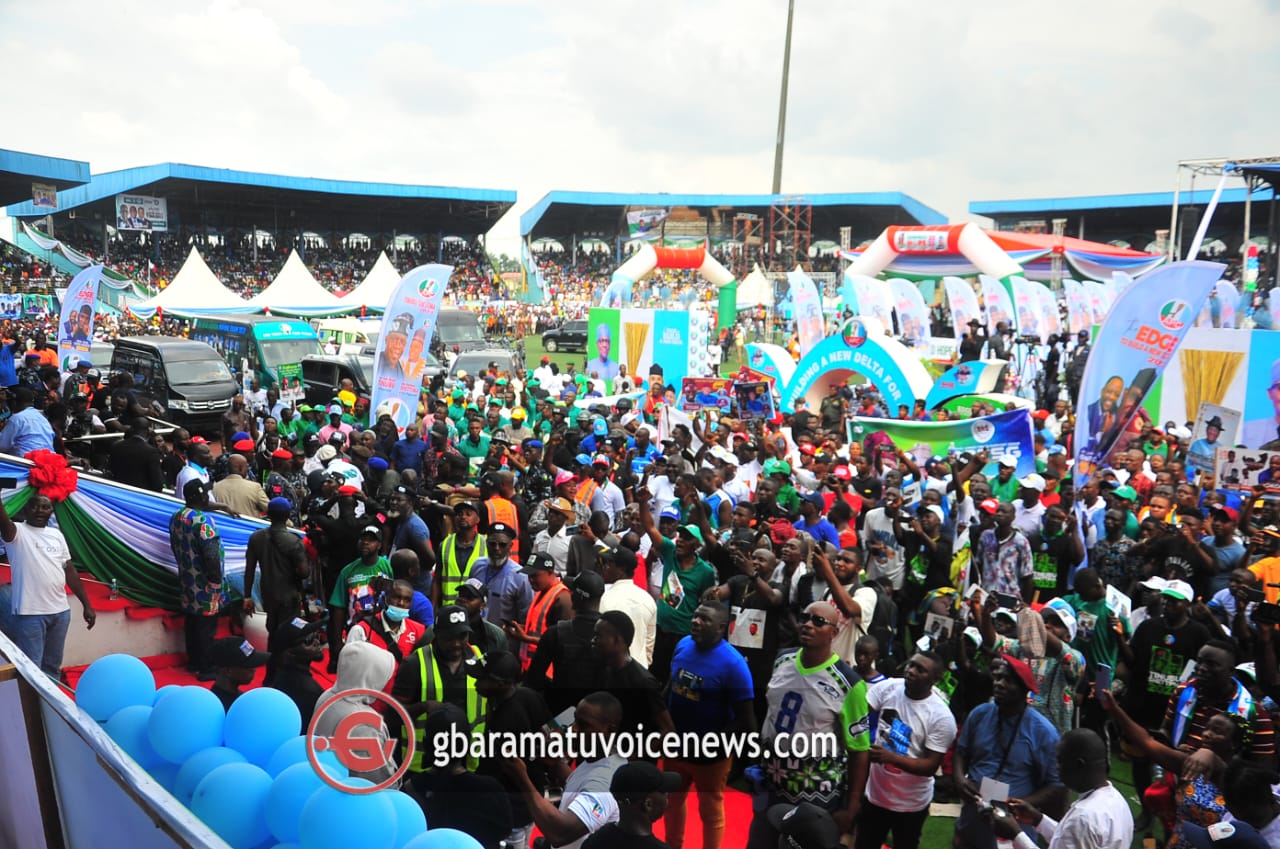 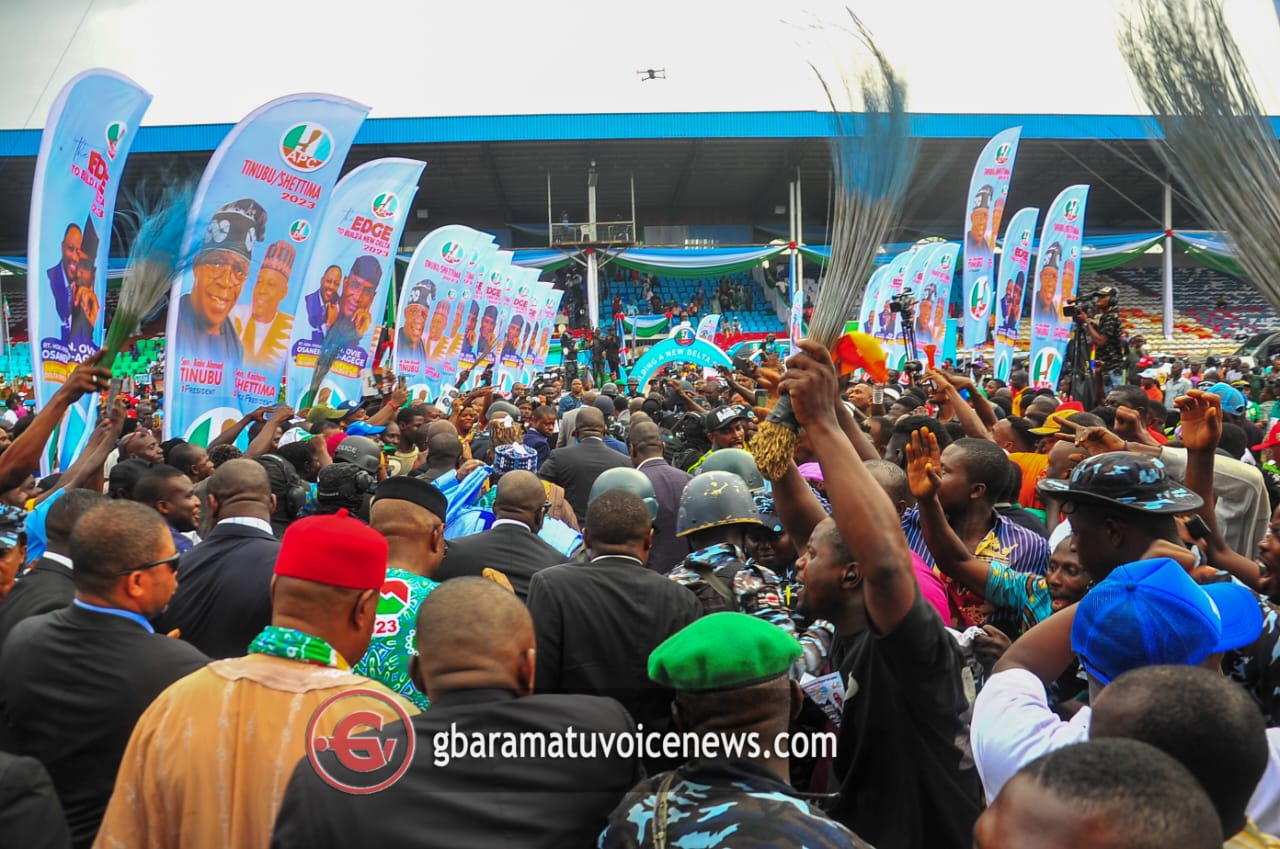