Chief Akporugo, who died at the age of 79, will be laid to rest in his compound at Orogun.

According to burial arrangements released by the family, the body of Chief Akporugo will leave Ufor Mortuary, Ughelli at 8am on Saturday, 25 June, 2022 for lying-in-state in his compound at Orogun Town.

There will be a funeral service conducted by Assemblies of God Church at Orogun Primary School field, Orogun. This will be followed by Interment at his residence. Reception for guests will hold also at the same venue (Orogun Primary School) thereafter.

An outing thanksgiving service will hold on Sunday morning, June 26, 2022 at Assemblies of God Church, Orogun.

CORDIALLY INVITES YOU TO THE

Interment Follows At His Residence, Orogun. 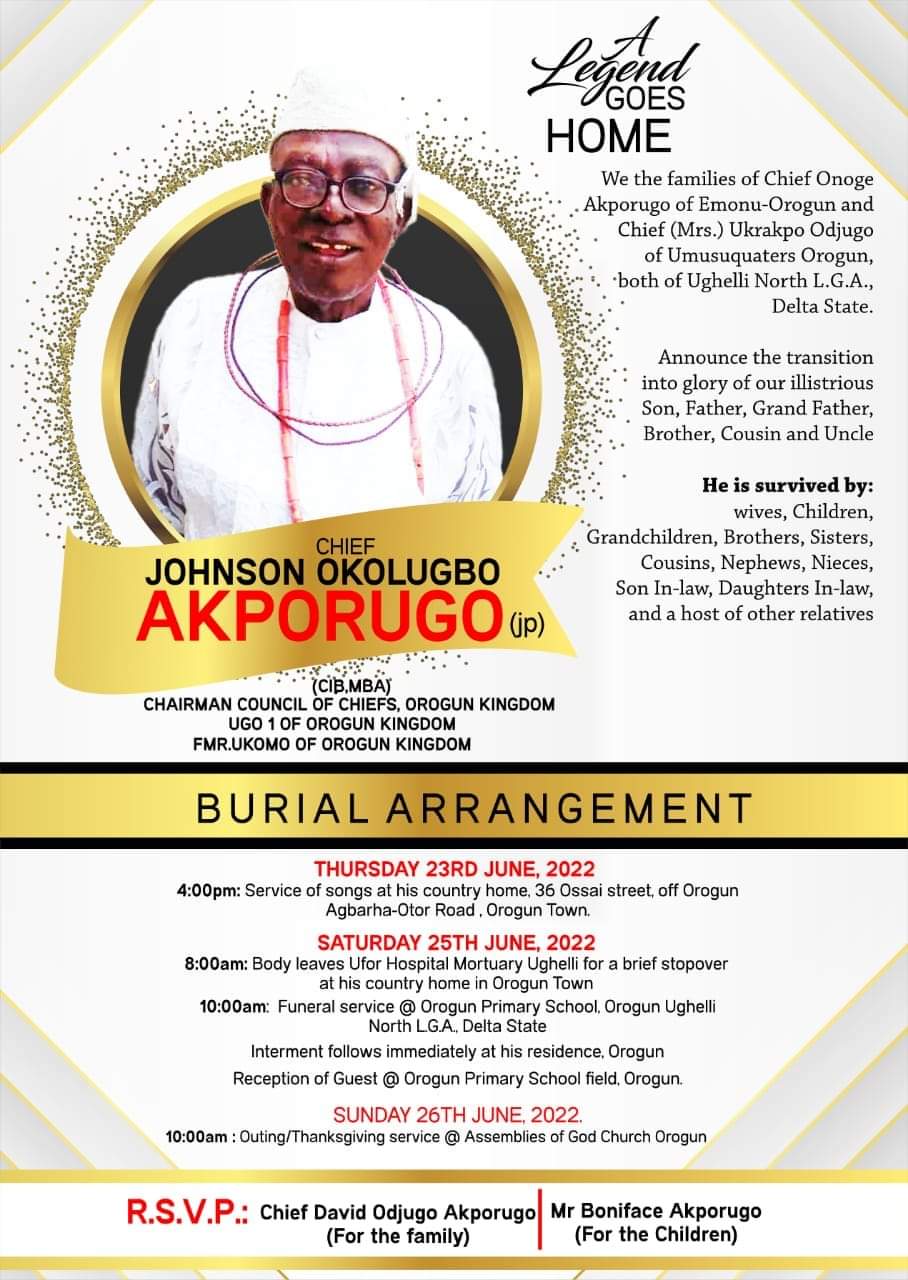