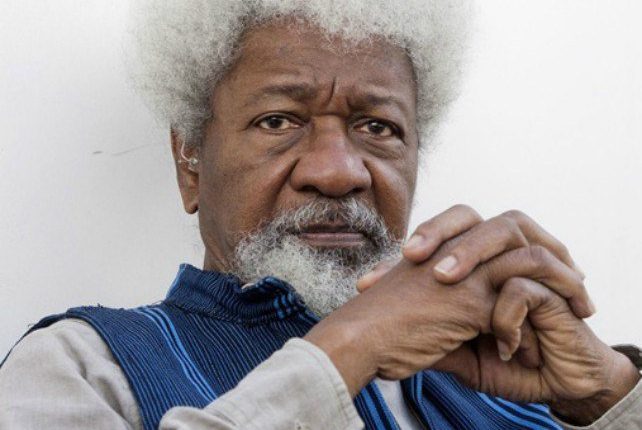 Prof. Akinwande Oluwole Babatunde Soyinka, popularly and simply called Wole Soyinka was born on 13 July 1934 in Abeokuta Ogun State, Nigeria. He was until his ‘demise’ on May 29, 2015 an author, poet, playwright and most importantly an avowed freedom fighter.

Soyinka had been a strong critic of successive Nigerian governments, especially the country’s many military dictators, as well as other political tyrannies in Africa, including the Mugabe regime in Zimbabwe. Much of his writing had been concerned with “the oppressive boot and the irrelevance of the colour of the foot that wears it”.

In 1952 at the University college Ibadan, Soyinka started his fit with six others by founding the Pyrates Confraternity, an anti-corruption and justice-seeking student organisation. The first confraternity in Nigeria.

Following the military coup of January 1966, out of his love for the unity of the country and the life of her people, he secretly and unofficially met with the military governor Chukwuemeka Odumegwu Ojukwu in August 1967 in the
Southeastern town of Enugu, to try to avert the civil war. He was perceived as a saboteur of the blood-driven war chants of the Nigerian government against the people of Biafra in what would later subsist to be one of the world’s greatest genocide in history.

On account of this, he was imprisoned for 22 months by Gowon, yet it was told that while in prison he refused all stationery materials and still wrote with tissue papers a great chunk of poems and notes criticising the atrocities of the Nigerian government.

He was released sometime in October 1969. In 1971,still perturbed by the political turbulence in Nigeria, Soyinka embarked on self-imposed exile in protest of the pity state of the country.

Between 1975–1984, Soyinka was even more politically active. While still working at the University of Ife, he criticized the corruption in the government of the democratically elected Shehu Shagari . When he was ousted by Muhammadu Buhari and Idi Agbor, Soyinka still dared the boot and bullet by remaining defiantly at odds with the military. As a result of this, the government then through the court banned his 1971 book, ‘The Man Died’.

When he was awarded the Nobel prize for literature in 1986, first African to be so honoured, he made this statement in honour of Nelson Mandela “This past must address its Present,” asserting his criticism of the South African apartheid and politics of racial segregation and subjugation. He was charged with treason by Abacha in 1997 but for his narrow escape.

His quest for good governance, maintenance of the rule of law and the recognition of the masses in Nigeria didn’t stop with the military. In April 2007, he called for the cancellation of the Nigerian presidential elections held two weeks earlier on account of widespread fraud and violence.

In August 2014, Soyinka delivered a recording of his speech “From Chibok with Love” to the World Humanist Congress in Oxford , bemoaning the plight of Chibok and the failure of government to secure the Northern Nigeria. He continued so by constantly crying out against the PDP led administration under president Goodluck Ebele Jonathan, labelling it corrupt and naive. He said “Only 4 sets of people can vote for the PDP:
(1) those who are intellectually blind;
(2) those who are blinded by
ethnicity;
(3) those who are blinded by
corruption and therefore afraid of the unknown, should power change hands; and finally
(4) those who are suffering from a combination of the above terminal sicknesses.”

Now, courtesy of the above, the Mohammed Buhari led administration under the APC is here. And needless to say anymore.

I grew up reading and loving Soyinka. I loved him nearly as much as I loved Achebe. I placed him in the same niche as Achebe, although ten steps below. And for many years I would long to meet him, to hold him, to touch his grey hair and to embrace his quintessential heart of a lion. Soyinka formed part of my life and character. But to insist that the Soyinka who still lives in Nigeria, watches this era of democracy full of untold corruption, of killings and insecurity, of reckless abandon of the rule of law, of Buhari’s adherence to power from the sick bed in London for over 3 months now and the pitiless suffering of the Nigerian people by the agents of Buhari led administration and APC, is the same Soyinka I grew up to know would amount to stripping an idol of his magnificence. It would mean to rob a world gem of his glory. It would mean to disown a part of my own life. And I wouldn’t do this. So for the love of Soyinka and my life, I tell myself every day that Soyinka is dead. That if he were alive, Nigeria wouldn’t be tearing in bits and pieces like this, painfully and silently drowning this way. A belief also drawn from his most widely referenced quotes that ” the greatest threat to freedom is the absence of criticism,” and that “the man dies in all who keep silent in the face of tyranny”. Sadly, he created these beautiful and all-time quotes without excluding himself.

In Soyinka, the man has died. Soyinka is ‘dead’! And I mourn him.