Do you know that ONÍDÌRÍ is the woman who specializes in the Braiding, Plaiting, Weaving and the General Beautification of women hair in the Ancient and Modern Yoruba days.

ÀBÈNÍ was born as a very beautiful Princess. The first child of a very wealthy King and the only child from her own Queen mother. She grew up to be a very tall and elegant woman. She had a step brother from the second Queen.

These two children were given the best of all things a child can think of in life.
Abeni got married and had 7 daughters while his step brother had only a son.

The King being a great warrior left for war in company of his Prince and other warriors one day. The fierce war lasted for 3 moons which resulted in the death of the Prince and a very severe injury on the rib of the King.

The king managed to reach the town with some of his warriors but later died 14 days later.

After a year, there was a very great demand by the people to install a new king.

ÀBÈNÍ being the eldest child and also a successful trader met with some chiefs and told them of her interest in ascending her late father’s throne. Ofcourse, she parted with lots of monetary gifts to induce the Chiefs.

Few of these Chiefs rejected the gifts on the position that it is only IFÁ (Oracle) that will choose who will be the next king.

When Babalawo was invited to consult IFÁ ÀGBONMÌRÈGÚN, the ÒPÈLÈ chose the only son of the Late Prince who died on the battlefield.

This definitely did not augur well with ÀBÈNÍ who believed the 19 year old Prince was too inexperienced and poor to rule the big town.

This throne saga even divided the Chiefs in the Palace. While majority stood on the Premise that a woman cannot be their king, 3 others gave their unflinching support to ÀBÈNÍ.

Eventually, the young Prince was crowned with lots of funfair and became the King after performing all the norms and rites.

ÀBÈNÍ out of great bitterness desist from going to the Palace and promised to make the throne ungovernable for the young king at all cost.

Being a successful trader, she had lots of stalls in the town and all the nearby villages. Most of her apprentices are women and they loved her with passion due to her generosity towards them. Gradually, she formed a group for women which initially supposed to be a Trade empowerment Union for young and old women but later metamorphosed into something more spiritual.

Because of the too much crowd and noise in the Market area, the senior members of this group prefer to always meet at the ONÍDÌRÍ’s shop when they need to discuss something important.

They were so rich, influential that even the King, Chiefs and Affluent men were so scared of them. Their Terrestrial power was so much that sometimes they transformed into Birds.

The most important and most Powerful amomg the birds was known as ĘRANDĘDĘ who has the ability to fly swiftly during the darkest hour of the Night. This powerful group detest the ODIDĘRĘ (Parrot) and ĘGA (Weaver bird) with passion because it was a group with UTMOST SECRECY.

Still believing in her kingship, the new Queen who was still a teenager, one day went to the ONÍDÌRÍ’s shop, despite serious warnin never to go out plaiting her hair.

She was not satisfied with the braiding of her hair by the usual ONÍDÌRÍ employed by the Palace.

She craved for something new. Seeing this opportunity, ÀBÈNÍ and her cohorts induced the OLORÌ and gave her Majele (poison) to add to the food that the king will eat.

They told her she can also eat from the food. The substance according to them was a love charm that will not make the King have a second wife.

The agony of the painful demise of both the King and Queen in the hot sun of Wednesday will forever lingers in the memories of all Indigents and the nearby Villagers.

Not less than 7 herbalists fought to rescue the lives of the King and the Olori who narrated how she got the substance from ÌYÁ ÀBÈNÍ and added to the food she consumed with Kabiyesi.

The Elders, Herbalists, Hunters, Warriors all gathered to demolish the HOUSE of ÀBÈNÍ and banish her and her Members from the town but unfortunately virtually all the Wives, Dauhhters and Mothers of all these Men have become addicted members to the group created by ÀBÈNÍ.

None can touch any of these women because they were their loved ones.

A new ruling house was created and a new king emerged from another family.

Henceforth, it becomes a taboo for any Olori in that town to go outside the Palace to plait her hair in the ONÍDÌRÍ’s shop. 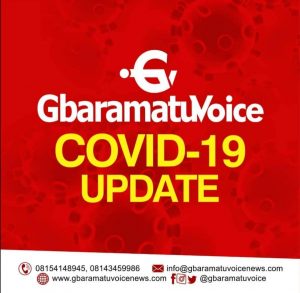 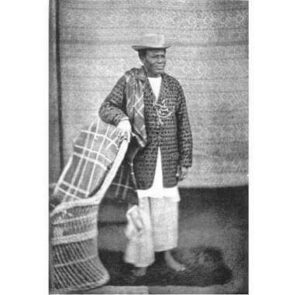 King William Koko, Mingi VIII, the Amayanabo of Nembe: The black man who defeated the British Armed Forces in Africa