As part of efforts to move Odimodi community in Burutu Local Government Area of Delta State to the next level, the newly elected executive members to pilot the affairs of the commumity for a period of two (2) years have been sworn-in with Comrade Solomon Gbegha as the new chairman.

The new executive took their oath of office at the Eluwe Congress on Thursday, June 30, 2022 in Odimodi town, while pledging allegiance to serve the community.

In his speech, the Chairman, Burutu Local Government Council, Hon. Godknows Angele, congratulated the new executives and asked them to carry everybody along and let peace reign among all.

“Please carry everybody along, let peace reign among you all. Call your other brothers, discuss and move the community forward,” he stated.

While swearing-in the new executives, the Amaokusuwei of Odimodi community (Representated by Chief Simon Elex Pukon), advised the new exco to be good ambassadors to the community by providing the enabling environment for sustainable development, unity and peace.

Meanwhile, the newly sworn-in chairman of the community, Comrade Solomon Gbegha in his acceptance speech called for unity and cooperation from all and sundry. “I’m coming into the scene to create enabling environment for everybody, my government is for unity,” he explained.

He thanked God for the immediate government, “for engracing them to complete their tenure while in office. To the best of my knowledge, they tried their best. I pray, may God give me strength and resources to fulfill my projects in this community as I embark on my tenure. The projects I have are very big, so I want everyone to join hands with me. Thank you.” 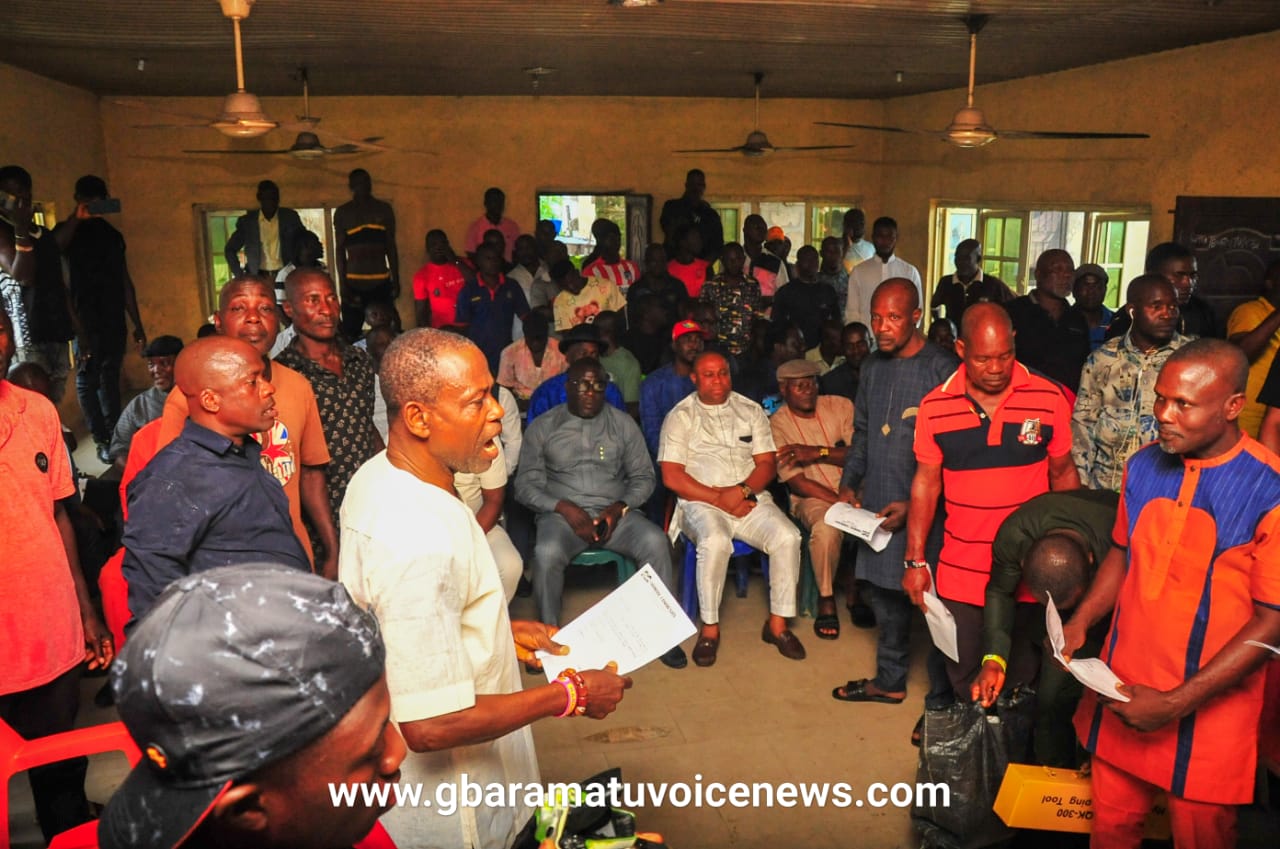