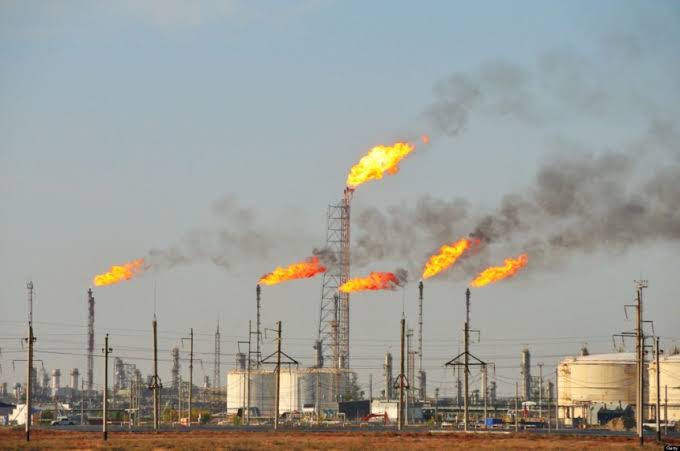 The Nigerian National Petroleum Corporation (NNPC) has warned Nigerians to prepare for more trouble ahead following the crash in the price of crude oil.

Group Managing Director, of NNPC, Mr. Mele Kyari sounded the warning in Abuja on Wednesday, at a consultative roundtable meeting organised by the Central Bank of Nigeria with the theme “Going for Growth 2.0”.

Kyari disclosed that “today there are over 12 LPG cargos stranded globally because they have no hub because of the abrupt collapse in demand associated specifically with corona virus.

“It has also hit other sectors from the production stage which is the liquid crude. And as today with the Nigerian crude, we have 50 cargoes that have not found landing it means the traders have purchased it but they don’t know how to take it.”

He urged Nigerians to brace up for harsh economic conditions in months ahead, even if the price of crude oil in the international market jumps to over $50 from the current $30/barrel.

According to him, Iraq dropped their price by $5 and Saudi Arabia by $8 in some locations. So, when your crude oil sells at $30 and you’re dropping it by $8, it means that in the market, you’re selling it at $22.”

That he said “is a huge problem that can be accommodated in some production environment like in Saudi Arabia. Today, the best of our production system is $15-17 a barrel, there are many countries whose cost of production is $30 and we’re one of them. So, when the price now goes to $22 and we’re producing at $30, we’re out of business.”

Also at the event, the Central Bank of Nigeria (CBN), Mr Godwin Emefiele said it is considering adding sanitisers to the list of products on foreign exchange restriction.

Emefiele said the country must take advantage of the crisis created by Coronavirus by ensuring diversification of economy as being driven by the present administration.

Wondering why Nigerians do not patronize made in Nigeria sanitisers, Emefiele urged owners of patent outlets and pharmacies to buy such products being produced in the country.

He stated that “giving the impact of coronavirus, I heard some countries are trying to ban export of some pharmaceutical products, we must look inward at this time. CBN is also working to support the pharmacy and pharmacology industry.”

He also stated that the apex bank will intervene heavily in health sector following the outbreak of COVID-19.

The bank’s intervention would be in the area of diagnosis and surgery pointing out that this would reduce the foreign trip to oversee countries being embarked on by Nigerians in search of medical attention.

Emefiele explained that the CBN has decided to support the government by helping to develop specialist hospitals across the country.

He said relying on crude oil since in 1970s had become a problem for the country hence something must be done to change the trend.

He said he was shocked to hear that Nigeria Customs Service received N1.35 trillion customs duties last year. This he said “simply shows that the economy is not working because if it is, customs won’t take that as customs duties.

The crash in oil price he said has become very important for us to have a solution and the solution is by diversification of the economy.

In his words, “there are two ways to diversify the economy which can be driven through agriculture and manufacturing. However, to achieve inclusive growth, there must either be backward integration or import substitution.”

He noted that “it is disturbing that we as a country cannot produce what we consume. Only in 2019, our exports were about $42billion which is not sustainable and we cannot continue like this. To have a Population of 200million and grow at 2.7% cannot be sustained” he said.

Aliko Dangote poked fun at the Chairman of Zenith bank, Mr. Jim Ovie, by urging to diversify from banking and engage in manufacturing. According to him, “we have been singing about diversification but we haven’t done anything yet, we need to make our country a producing country and act now.”

Another area government needs to look at; he said is “our cost of doing business in Nigeria which is too high.”

The government he said “must look at improving power supply and infrastructure because these are the areas that will boost the SME. It is impossible to diversify without taking consideration of certain things, they include interest rate, long term funds and the support by the central bank to create enabling environment.”

On the achievements of the DANGOTE group, he said the group has built two cement terminals to ease congestion and by the end of the year, Nigeria will be the largest exporter of cement in Africa.

In her address, Minister of Finance Budget and National Planning Mrs. Zainab Ahmed said the major function of the Nigeria Customs Service is not to generate revenue but to facilitate trade.

Going forward she said government will be “enhancing the Nigerian Customs Service to strengthen its Trade Facilitation function through automation of its function and putting up the National Single Trading Platform to enhance customs trade facilitation role and improve Import and export businesses.”

As part of efforts to revive the economy she reiterated that “we also need to mobilize local savings, even before the crash of the crude oil price the Ministry of FBNP has reached out to the private sector and formed a committee to fashion out a National Savings Policy.”

This she said “will enable us infuse into the Capital Market various instruments to suite several investors need.”

Zainab Ahmed noted that “this will include long term instruments that will be suitable for investor groups that have patient capital such as Pension Funds.”