The Nigerian Maritime Administration and Safety Agency (NIMASA), said it has perfected the arrangement to ensure that the over N50 billion floating dockyard acquired in 2018, begins operations before the end of the first quarter of this year.

Bashir Jamoh, the director-general of the NIMASA, who disclosed this in Lagos on Friday during a media parley to review the agency’s activities in the last one year, said the operations of the dockyard was partly delayed by the long process involved in the privatisation of government property.

He further said that the floating dock will be handled through a public-private partnership arrangement and by the middle of February, NIMASA should be able to get the final ‘no objection’.

By beginning operations, it is estimated that Nigeria will be saving about N36 billion loss to capital flight on yearly basis due to lack of dry-docking facilities as it costs between $300,000 and $500,000 to dry-dock a vessel in the international market, hence the need for more dry-docking facilities in-country.

He said that NIMASA has completed the process such that the DG of the Infrastructure Concession Regulatory Commission (ICRC) was at the NIMASA office recently to handover the approval certificate to the agency.

According to him, the ICRC gave the agency the approval to privatise the modular floating dockyard owing to the fact that it is a bankable, doable and profitable venture.

“We expect that by the end of the first quarter of this year, the floating dockyard will begin operations.

“We have gone ahead to do negotiations with the managing partners, and the co-partner, which is the Nigerian Ports Authority (NPA) that is going to provide the Continental Shipyard for the anchoring of the dockyard. Some people are presently in Dubai to inspect the facilities of the managing partner,” he explained.

He said the foreign partners have also visited Nigeria to ensure that the floating dock is in good shape and that NIMASA has changed all the parts of the dockyard that needed to change before it could be put into use.

Jamoh said that the privatisation must be approved by the Federal Executive Council (FEC) because the floating dockyard is a national asset.

In terms of revenue generation and remittance, Jamoh said that in the year 2020, the agency tripled the effort in terms of its contribution to the Consolidation Revenue Account by paying the sum of N31, 839, 917, 978.80 billion to the Federal Government.
Despite the pandemic, he said, NIMASA went ahead to increase the amount that it paid to the Federal Government in 2021 by remitting the sum of N37, 691,630,450.20.

“In 2022, the agency wants to strengthen its maritime safety and security enforcement mechanism, organise a stakeholder engagement towards harnessing the potential of the blue economy.

The agency also intends to enhance its revenue collection in order to increase its contribution to the Consolidation Revenue Account,” he said.

Jamoh further revealed that NIMASA has also taken possession of its newly acquired building in the Victoria Island area of Lagos which will serve as its new headquarters in order to ensure a good work environment, as well as an established maritime administration that is in line with international standards.

For publication of your news content, articles, live event coverage, videos or any other news worthy materials on GbaramatuVoice, please send to gbaramatuvoice@gmail.com. For further enquiries and to place advert, please call or WhatsApp +2348143459986. FOLLOW US ON TWITTER: https://twitter.com/gbaramatuvoice?t=RU82JGvHYVAwoDM8_BJa-Q&s=09
Advertisements 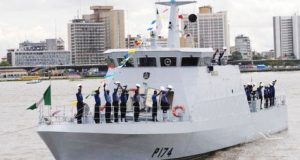 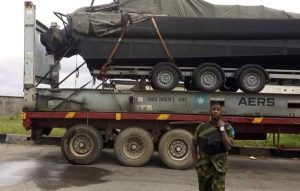 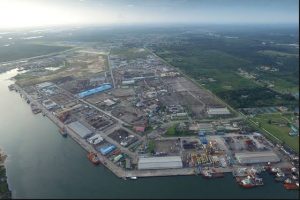