The Honourable Minister of Niger Delta Affairs, Senator Godswill Akpabio, is set to officially declare interest to be President in the forthcoming 2023 Presidential election on Wednesday, May 4, 2O23 at the Ikot Ekpene Stadium in Akwa-Ibom State.

The development comes after months of speculations over whether he would run for President.

GbaramatuVoice newspaper gathered that the top minister is only waiting for the Muslim Ramadan fast to be over before making his ambition to fly his party’s flag in the next election public.

The Minister of Niger Delta Affairs and former governor of Akwa Ibom’s preparation are currently ongoing for him to officially join the fray on Wednesday, a highly impeccable source told GbaramatuVoice newspaper.

In recent weeks, Akpabio has received a number of support groups who have called on him to join the Presidential race and he has promised to make his opinion about their request known at the appropriate time.

Those in the know told this medium that the Minister has already made up his mind to seek his party’s nod to be its candidate in the 2023 Presidential election.

With the expected announcement on Wednesday, Godswill Akpabio will be gunning for the APC ticket against Presidential hopefuls including Bola Tinubu, former Lagos State governor; Yahaya Bello, governor of Kogi; and Rochas Okorocha, senator representing Imo West; Rotimi Amaechi, Minister of Transportation, among others. 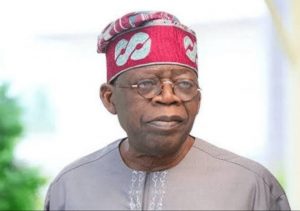 APC NATIONAL LEADER: An appellation of danger and illegality 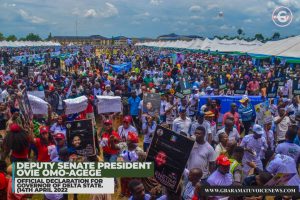