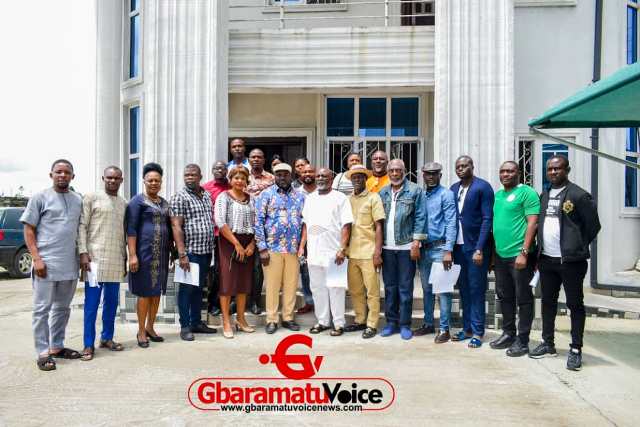 –The newly inaugurated Committee would do better — Nwaomucha, Chairman LOC

Mulade, who initiated the competition in 2017, entered this year’s edition with new dimension by inaugurating new executive body in order to run a successful programme.

While giving his speech, Mulade said he was happy to see so much people present with interest in peace building and the promotion of peaceful co-existence amongst the ethnic groups in Delta State.

Mulade said the purpose for the meeting was to inaugurate the LOC for the 2nd edition of the tournament that would be hosted from November 16-30, 2019.

“Distinguished ladies and gentlemen, the purpose of this gathering is to inaugurate the LOC for the second edition of the tournament that will coordinate and run the Peace and Unity Cup Football tournament, initiated by CEPEJ, from the November 16-30, 2019,” he said.

He also stressed that CUP Tournament was initiated to promote peaceful coexistence and build bridges of unity amongst the diverse ethnic nationalities, as well as to discover football talents at the grassroots level in Warri and other parts of the state.

“Since the maiden edition of this tournament in 2017, more than 1,200 Ijaw and Itsekiri youths have been engaged,” he added.

According to the Chairman of the inaugurated body, Kenneth Nwaomucha, “for Mulade to put a lot of honourable members in the committee that have done it before, the newly inaugurated Committee would do better, adding that those who were scared would no longer be, after seeing the personalities in the meeting.

He also pleaded with Mulade to always have open door policy to receive them when they called upon because they would always fall back at him in areas they are confused since he has done it before now.

Nigeria vs Argentina: Ighalo reacts to death threat to family