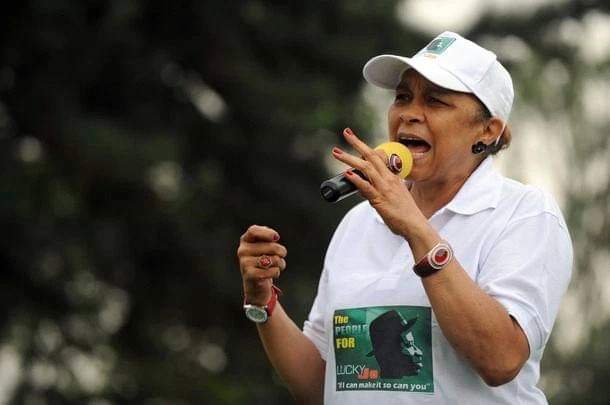 The Niger Delta Self Determination Movement (NDSDM) has said the South-South zone should insist on restructuring of Nigeria as against agitating to produce the nation’s president in 2023.

Convener of NDSDM, Annkio Briggs, said South-South Elders Forum (SSEF) clamour that political parties should zone their presidential tickets to aspirants from the zone was a distraction.

Briggs, who was a member of the 2014 National Conference, told The Guardian that those campaigning for a South-South presidency in 2023 have a misplaced priority.

Her words: “It is a misplaced priority because the issue is not where the presidency goes, the issue is the way government is run in this country. And if government continues to be run the way it is run, then I don’t see how we can move forward.”

She stressed that what Nigeria required at this point of its political and economic development was a restructured country where each of the federating units would explore their natural resources for the development of their people.

“Everybody’s section would be able to access what is on their land and use it to develop their place and grow,” she said.

Briggs admonished those canvassing for the South-South to finish the second term of former President Goodluck Jonathan, not to allow themselves to be distracted by enemies of the Niger Delta, whom she referred to as the cabal.

According to her, those sponsoring the campaign deliberately want the people of the region to shift their attention from the quest for a restructured country to mundane issues like seeking the presidency in 2023.

“As a Niger Delta person, arguing about Niger Delta having another term is unnecessary. If we want a restructured Nigeria, then the issue is not whether the presidency goes to the North or South.

“The issue is for us to restructure Nigeria. In restructuring Nigeria, we will get a new constitution and we will practise fiscal federalism,” she said.

She lamented that the All Progressives Congress (APC) chose to hoodwink Nigerians by setting up a committee headed by Kaduna State Governor, Nasir Ahmad el-Rufai, to review recommendations of the 2014 National Conference, when it never intended to implement its recommendations.

Briggs said she was not surprised that the APC-led Federal Government headed by President Muhammadu Buhari, was not bothered about restructuring the country, adding that it was on record that the president had declared that he was never in support of the 2014 conference and would not implement its recommendations, which included restructuring Nigeria.