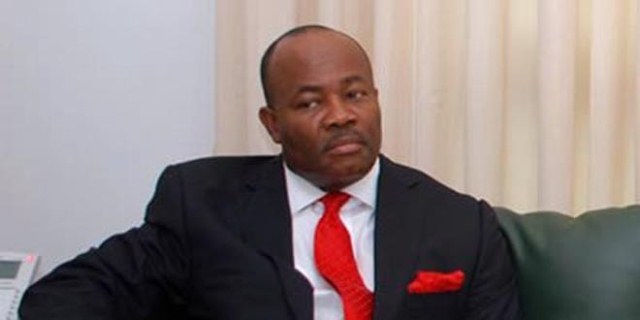 Some of those indebted to the Niger Delta Development Commission (NDDC) are already making moves to redeem their obligations.

Minister of Niger Delta Affairs, Senator Godswill Akpabio, who disclosed this in an exclusive chat with The Nation in Abuja, also said millions of funds, in naira and hard currencies, had been disclosed by some banks he described as ‘culpable’ in the alleged fleecing of NDDC over the years.

The Minister also disclosed that the preliminary steps in the forensic audit of the Commission ordered months back by President Muhammadu Buhari had begun, adding that the names of the auditing firms that would carry out the exercise would soon be made public.

According to him, the auditing process may take as long as four months, noting that the corrupt system that broke the purpose of the Commission down took almost two decades.

He, however, observed that the cleansing process of the Commission by the administration would become one of President Buhari’s greatest legacies.

“I believe, from Mr. President’s perspective, when the decision is taken, the law will take its course. I believe some of them will be made to refund. As I speak now, some have come forward that they have money from the NDDC and that they did not, because of regime change, utilize the money.

“Some have come to say they were given billions to supply things that they could not supply for one reason or the other, that the moneys are stuck in the banks. We have also found some banks that are culpable because they also withheld moneys of the NDDC”, he said.

Speaking on culpability of some banks in the alleged rot at the Commission, Akpabio said some banks, who had become jittery over the impending scrutiny of finances of the interventionist agency, had come forward to make disclosures on some funds with them.

“I know of a bank that came to say they have $70 million from 2006, one also came to say N170 million had been abandoned, I’ve forgotten in which administrations in the last 11 years, they said they are ready to refund. I said no problem, just hang on, we’ll sort all these out when the forensic comes in to let us know all the recoverable and all that.

“But all those who have contracts and have actually collected money, go back to site, that’s what we have said. Amazingly, some are doing solar powered lights, boreholes everywhere, like in Delta state, I know of a village where right now about five streets are being done and we have not given out a single contract because we don’t have a budget for 2019, they concentrate mostly on personnel cost, they cannot go and spend anything on 2019 or do any new project now until after the budget has been passed.

“The rotten system that made this sanitisation process needful took almost 19 years to occur, so we cannot do everything in a month, but the process is on and I assure you in the next three to four months you will see the result and you will be very impressed and the region will be glad for it.