The Nigerian Navy has pledged continued support for grassroots sports in host communities as part of plans to curb youth restiveness and insecurity in the Niger Delta.

Commodore Idi Abbas, the Commander of Naval Anti-Piracy Task Group, Port Harcourt, gave the pledge on the side-lines of a friendly football match organised by the Navy in Port Harcourt on Monday.

The newsmen reports that the football match between personnel of the Nigerian Navy Ship (NNS ) Pathfinder and Osklean Football Academy Rumuolumeni ended in a draw.

Abbas said the match was organised to improve fitness of troops; address youth restiveness and promote peace in its Rumuolumeni, the host community.

“The NNS Pathfinder organised the football match to keep our personnel fit, knowing fully that it is only when the personnel are fit that they will effectively deliver on the job.

“The other reason is to further foster that cordial relationship of officers and ratings of the base and the host community.

“This is just the beginning and it is hoped that other games would be looked into with participation of the host community.

“By doing this, the naval base will get to know its host community and the community members will also get to know their own neighbours,” he said.

Abbas said there are plans to expand the games to feature other sporting events like volleyball and basketball, saying that the base had excellent sporting facilities to host future games.

The commander advised the participating teams to use the game to sharpen their skills to stand a chance of representing the country in further sporting events.

Also speaking, the Paramount Ruler of Rumuolumeni community, Eze Ndubueze Olumeni, commended the Navy for organising the games with the host community.

He said that community members had always looked forward to socialize with the naval base since it came into the community 25 years ago.

“This is a naval base and not a civilian environment, and so, it has been difficult for our people to feel free to enter here for any activity.

“We appreciate this type of event and we hope that if we continue like this; our relationship will improve and everyone will be happy for it.” 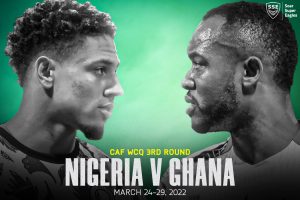 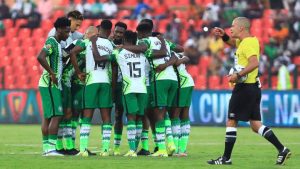