The Nigerian National Petroleum Corporation (NNPC) on Friday released a detailed breakdown of how it planned to spend the N621.2billion tax liabilities on federal roads in the country.

The Federal Executive Council (FEC)  on Wednesday gave the corporation the go-ahead to spend the N621.2billion tax liabilities on the reconstruction of 21 federal roads across the country’s six geopolitical zones.

Of the 1804.6 kilometres of roads to be fixed, the entire South got about 455 kilometres, while the Northern region was allocated 1,347 kilometres. 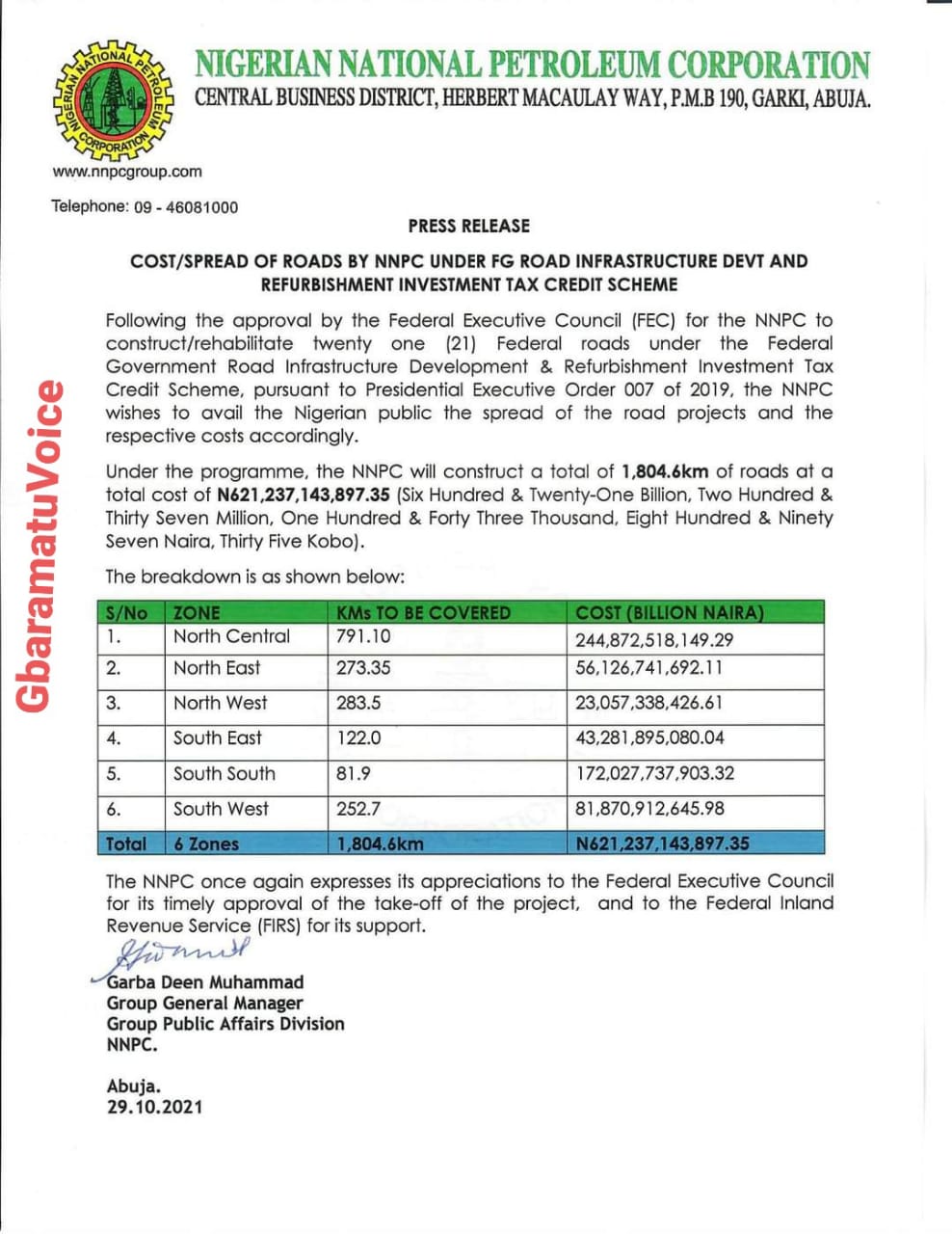 In a statement titled: “Cost/Spread of Roads by NNPC under FG Road Infrastructure Development And Refurbishment Investment Tax Credit Scheme,” signed by its Group General Manager, Public Affairs Division, Garba Deen Muhammad, the corporation said it would spend N244.8 billion or 39.41 percent of the total amount on the construction of 791.10km of roads in the North-Central.

It will spend N172.0 billion on the reconstruction of 81.9km of roads in the South-South.

South-West region got the third largest allocation after NNPC earmarked N81.87billion for the rehabilitation of 252.7km of roads in the region while North- East received N56.12billion for 273.35km long road network.

The commission also set aside N43.2billion for the reconstruction of 122.0km of roads in the South-East and N23.05billion for works on road networks stretching 283.5km in North-West.

The statement read: “Following the approval by the Federal Executive Council (FEC) for the NNPC to construct/rehabilitate twenty-one (21) Federal roads under the Federal Government Road Infrastructure Development & Refurbishment Investment Tax Credit Scheme, pursuant to Presidential Executive Order 007 of 2019, the NNPC wishes to avail the Nigerian public the spread of the road projects and the respective costs accordingly.

“The NNPC once again expresses its appreciation to the Federal Executive Council for its timely approval of the take-off of the project, and to the Federal Inland Revenue Service (FIRS) for its support.”