My letter will dwell on two things: the occasion of your birthday and the state of the Niger-Delta struggle. This is sincerely rooted from the depth and, every substance of my heart, one, as an Ijaw man, two as Niger-Deltan, and three, as a Nigerian.

Let me also reiterate that I am one of your unlimited admirers who hold you in great awe and respect. I am an Ijaw man from Ondo state extraction, precisely, the great Arogbo Ijaw which nationally, is still a sacred custodian of the revered Ijaw tradition, culture, norms and religion in spite of its perceived and ordained remoteness which was occasioned by humanly orchestrated geopolitical bastardization. But the universality and uniformity of Ijaws in terms of worldview, aqua-friendliness and occupation have endured and sustained the distinction of the Arogbo Ijaws from their dominating neighbours – the Yorubas – who have tried to overwhelm and overshadow the Ijaws in the state with socio-political, economic and cultural caprices and advantaged ethnocentric proclivities since power and influence are a game of number and privilege. Yet, the Arogbo Ijaws proved who they are and what they are made of with worthwhile, age long principles, attitudes and precepts; they are dogged and unrelenting in the pursuit of social, economic and political equity and equality in the face of outright marginalisation and unwarranted propagandas.

However, there are a few who have become slavish moles for inadequate gains because they are not engrossed in the conviction of who we are, what we are and where we are, just the same way this truth and realities stuck to you some decades ago. I am not disturbed because this is at par with human nature.

MY SINCERE BIRTHDAY WISHES TO YOU

I hereby join your very numerous real admirers to wish you a great birthday anniversary. 12th day of April, 2021 you clocked 50 years of existence. I will not agree that my birthday wishes are belated because your birthday is an eclectic phenomenon and veritable mean to progressively propagate and reinforce the Niger-Delta question, and to reinvigorate the synergies, binders and tenets of the cause of the struggle. I celebrate you for so many reasons: first, I celebrate you for your incomprehensible courage, second, I celebrate you for your integrity and uprightness, third, I celebrate you for your unquenchable love for the Ijaw nation, fourth, I celebrate you for your heroic, sacrificial and legendary escapades which can be rightly equated to the world renowned impactors like Nelson Mandela, Martin Luther Jnr., Thomas Sankara, Fela-Kuti Anikulapo, and others – only times can tell. In avoidance of colliding perspectives to this comparative stance, it easy to say that legends are distinguished by their legendary strides and actions which are mysterious, daunting and realistic. Legends are mainly synonymous to positivism and realism, and their characteristic trajectories are geared towards making a positive change in their immediate and remote societies.

Sir, it is undeniable that you possess all these characteristics. The realities in the Niger-Delta have always been there, even before you were born. It is a terrain that the usurpers don’t want live in but only interested in the mammoth wealth lying underneath it.

What about the aftermath effects of oil exploration and exploitation which have eroded the ecosystem of the areas, and even the communal life of the people? These truths struck you, and they were stuck in you, and they woke the man in you, and you made several moves which eventually snowballed into arm struggle. Despite the smearings of the double-tongued hypocrites, the world still saw the legitimacy in your struggle.

No matter how just a fight may appear, it is better projected in various courses. The foregoing is my own way of justifying your accepting the Federal Government Amnesty Programme. This is hinged on the fact that you fought a good fight. You put in your indefatigable best, and the battle came to a head. Nigeria was in the eye of the

world, and her economy was almost totally grinded. And pressures from nooks and crannies began to whirl like hurricane, assuaging you to accept the amnesty programme. I was, like you, skeptical about its rationality and sense of purpose for the gross insincerity of the government, and also detested and concerned about the semantic implication of its nomenclature (how can a government grant amnesty to people fighting a cause?) That was my thought back then, and perhaps now! It is just a power play between the privileged and the less privileged. After a protracted series of consultations from the real and the fictitious elements, you honourably bowed to their unflinching pressures. Were you guilty? Of course not. You took the right decision. But sir, I have a concern. Quoting my poem – non verbatim – the amnesty programme has brought amnesia on the Ijaws, and the entire Niger-Delta, though a section of it has played to the gallery solely to blaspheme you and to weaken and becloud your clout and powers in the region. Anyway, it’s inconsequential because your cause is deep-rooted and divergent.

Moreover, I understand that the blackmailing charges brought against you by federal government led by President Buhari is one major factor that actually mute the Ijaws voice in the body polity and what’s on board. Besides, I also observed that the silence of the Ijaws in the scheme of things is a compensation to have had a big shot of assuming the highest position of the country by our kinsman.

Do you know sir, that these postulations of mine are further proof that your leadership qualities are larger than life, mystical, magical and mesmerizing like that of a god? However, the amnesty programme comes with its numerous benefits.

A large number of the Niger-Deltans have had the opportunity to school abroad, and even locally. Currently, the Arogbo Ijaw has a great number of graduates of Medicine, Law, and other disciplines well over a thousand, who are beneficiaries of the amnesty programme.

On the contrary, the Niger-Delta question remained unanswered. The country is skyrocketedly embroiled in sociopolitical imbroglio, and the Ijaws nation has to rise to her demands in order to take her place.

Once again, happy glorious birthday to you sir, and I hope to meet with you one day. 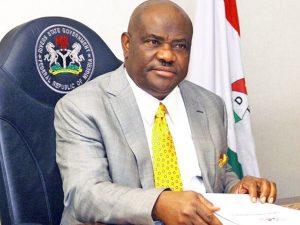 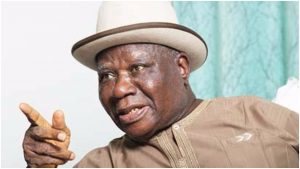