Here’s all you have been itching to know about him.

Mr. Karebo Samson Peremobowei was born on the 11th August, 1965 in Epe, Lagos State. He is from Esanma Town located in Bomadi Local Government Area of Delta State. He attended African School 1B, Ajegunle, in Lagos for his First School Leaving Certificate in 1978.

He had his secondary school education at the Lagos State Government College, Ojo from 1978 to 1983 and obtained the West African Examinations O/L Certificate in 1983.

Mr. Karebo S.P took to amateur boxing as a pastime. He joined the Federal Fire Service as a recruit Fireman and was adjudged the Best All Round Recruit in July 31st, 1987.

Mr. Karebo enrolled with the Institute of Fire Engineering in Leicester England on the 12th October, 1987 as a student Fire Engineer. He passed the Preliminary Certificate of the Examination of the IFE in 1990.

Mr. Karebo is also a graduate of English from the Lagos State University, Ojo. Mr. Karebo Samson also has a Masters’ Degree in Disaster Risk Management and Environmental Studies from the prestigious Ahmadu Bello University, Zaria, in 2018.

Mr. Karebo was advanced to the rank of Sub Officer Grade Level 06 by virtue of the Preliminary Certificate result in January, 1993. He wrote and passed the Graduate ship Examination of the IFE in 1993 —one of the two candidates that passed the examination from Africa.

Mr. Karebo Samson has worked in virtually all the units of the Federal Fire Service except the Finance and the Stores. He worked in the Security & Investigation Units 1990-1993.

DCG Karebo has had a distinguished and accomplished career that has seen him work and delivered sterling outcomes in virtually all units of the FFS. He was a Non-Commissioned Officer Instructor at the FFS Training School, Surulele from 1993-to 1995. Operations Apapa Fire Station between 1995 and 1997. He served as Protocol Officer to the Area Commander from 1997 to 2006.

From 2006 to 2009 Karebo served as the Public Relations Officer of the FFS Lagos Command from where he was posted to Abuja. Between 2009 and 2010, he was Area Commander of the Wuse and Garki Stations respectively. By 2014 Karebo was the Commandant of the National Fire Academy and was posted to other zones of the FFS and later appointed ACGF Federal Operations and DCG Operations in 2020 and 2021 respectively.

He holds a Bachelors of Arts (B.A) Degree in the English Language from the Lagos State University and a Masters Degree in Disaster Risk Management and Environmental Studies from the Ahmadu Bello University, Zaria.

DCG Karebo has attended different career development courses nationally and internationally some of which include, Low-Intensity Conflict in Internal Security, Protection of Civilians Course and Disaster Management Course at Jaji and Bournemouth University, UK respectively.

He is married to Princess Uzezi Ekwedi Karebo and they are blessed with wonderful children. 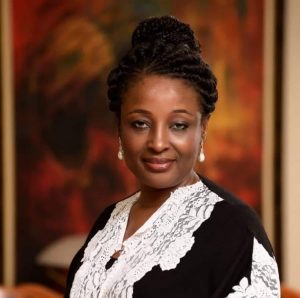 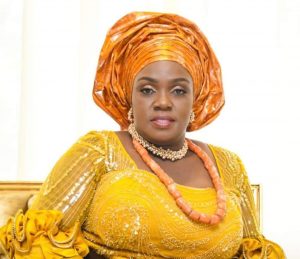 Meet Engr. Tamunominini Makinde, the first lady of Oyo State, who is an Ijaw woman 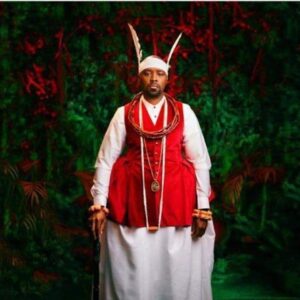 Olu of Warri-designate releases official photos ahead of coronation ceremony