A young man identified simply as Luwizo, who is a citizen of the Democratic Republic of The Congo, has gotten married to triplets at once.

Luwizo, a 32-year-old got married to triplets, Nadege, Natacha, and Nathalie, in one special wedding ceremony on the same day.

Speaking in an interview with AfriMAX TV, he revealed the reason for his decision stating that he is unsure if people are happy for him but the day is special to him.

He said, “I know some people are not happy for me but I also understand the matter because you can’t please everyone. After all, I don’t even know if either of my parents will attend, all I know is today is going to be a special day.” 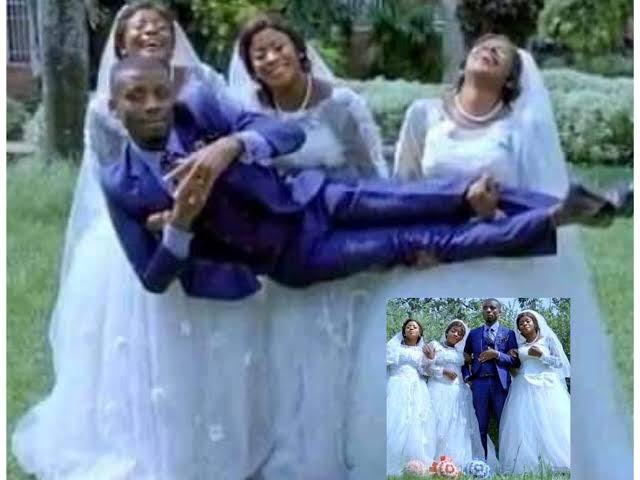 Giving further details about how he met his brides, the groom said, “Anyway, my love story is too long, I don’t know where to begin from or end but the story I’m making today will always be remembered. I fell in love with a girl called Nathalie, we fell in love through social media. She was incredibly beautiful, I couldn’t resist her beauty and after some time, we decided to meet.

“It wasn’t that easy because I was on a working trip. We finally met, I missed her and she missed me, we had the love and from there we decided to get married.”

Speaking further about how they met, the happy groom said that during a visit to his fiancee house to conclude the wedding plans he realised that his to-be bride was a triplet. 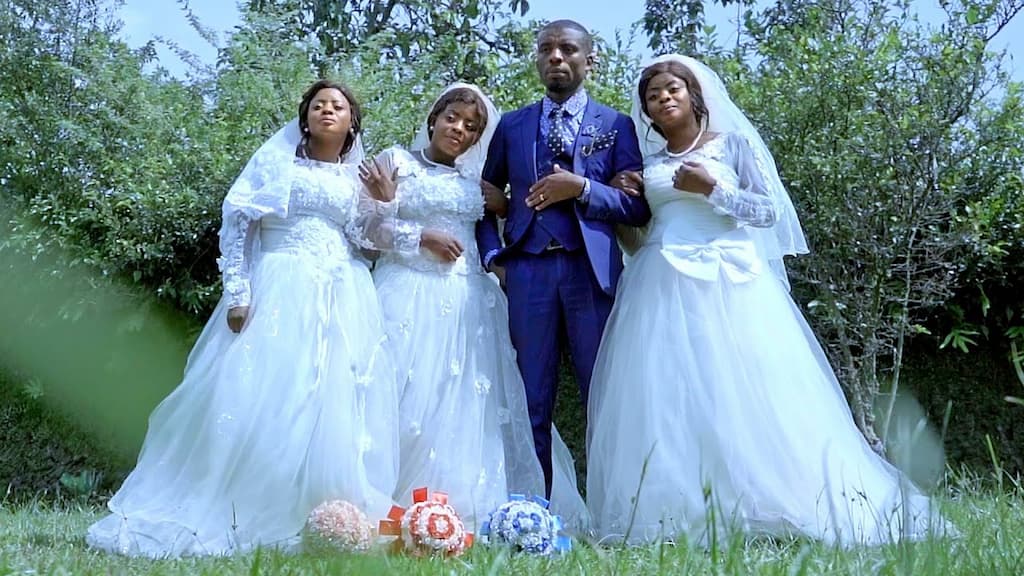 Luwizo said, “After some time, I went back to her house to conclude our wedding plan. Unexpectedly, I met three girls with one face, I was very much surprised that I almost fainted. As much as I was dreaming, I asked, amongst all of you, who is Nathalie? They said, consequently, you never met with one girl. For the first time, you met Nadege, the second time, you met Natasha, and the third time, you met with the social media girl, Nathalie.

“I immediately fell into a trance and I became confused as I had already agreed to marry Nathalie but the most surprising to me, is that I found out that I can’t marry one of the girls and leave the two of them behind. So, I was obliged to marry all of them. They are triplets, of course, it wasn’t an easy decision because until now, my parents don’t understand what I’m doing plus our African culture, the situation became worse.

He continued, “As you can see on my wedding day, that is why some people are happy and others are not. I thought if I had loved Nathalie, and fell in love with her triplet sisters, whose beauty and character is totally the same. To me, it feels like I loved one person and they love me too. I don’t see why we can’t get married and become one.

“You have to lose something to gain another. In addition, everyone has their preferences and their own way of doing things so I’m happy to marry my triplets no matter what others may think. Like I said before, my parents despised my decision, that is why they did not attend my wedding but all I say is that love has no limits that is why I took a great decision like this today.”

Corroborating his story, one of the brides, Nathalie said, “Today, we are very happy as you can see, our dreams came true. We thought we would be separated by husbands but God heard our prayers. As Luwizo used to come by, we passed him on to whoever was around amongst us and she received him. He wasn’t able to differentiate us so we all ended up falling in love with him.

“At first, when we told him that he has to marry all of us, it became a puzzle to him but because he had already fallen in love with all of us, nothing else was able to stop our plans since we were also in love with him. Even though people consider it impossible for three women to share one husband but to us, sharing things is our life, since our childhood.” 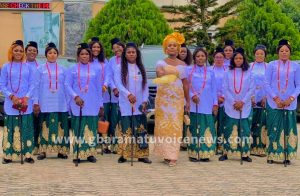 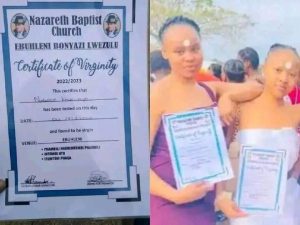