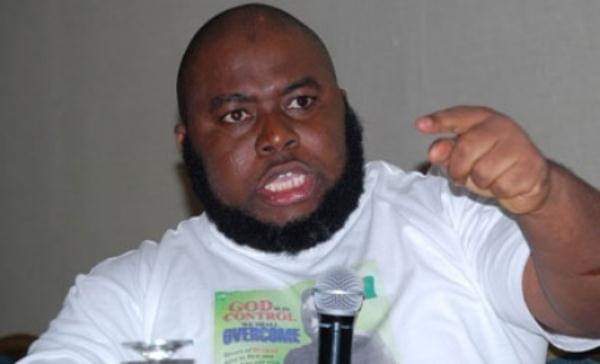 I watched with disappointment a viral video by an ex-agitator of Niger Delta, Alhaji Asari Dokubo, who was vociferous in his inexpert attempt to give the Presidential Amnesty Programme an ethnocentric label.

It is anticlimactic that Alhaji Dokubo, who should be a unifying voice in the Niger Delta after laying down arms for peace in our troubled region is towing the path of division and ethnic supremacy by suggesting that the programme be named after the Ijaw ethnic group: one of the ethnic groupings that constitute the region. This attitude, inclusive of confrontations among warring ethnic groupings originally plunged our region into ethnic chaos that birthed arms struggle in the Niger Delta.

It is very difficult to divorce arms struggle from the ill-fated Warri crisis of 1997 and 2003 between the Ijaw and Itsekiri ethnic groupings. Maybe Alhaji Asari Dokubo has forgotten that militancy started in Warri, Delta State. The bloodied crises eventuated the use of sophisticated fire weapons. Worthy of mention also is the fact that illegal oil-bunkering which the Amnesty Programme bill to also address was a trade by splinters of notorious oil thieving gangs across ethnic groupings in the region.

I do not know the intent behind Alhaji Dokubo’s outburst in the video but certainly not one that engenders ethnic harmony in the Niger Delta. I also know for certain that a lot of Ijaws who have also enjoined peace in the region will not share his tribalistic position.

During the 60-day unconditional amnesty period as proclaimed by late President Umaru Musa Yar’Adua in June 2009, I personally witnessed a disarmament exercise in Koko, headquarters of Warri North LGA which was broadcast live on Nigeria Television Authority (NTA). Television coverage was given to the Ijaw and Itsekiri disarmament exercise because they were the two main warring ethnic groupings prior to the Amnesty programme. Other militias in other ethnic groupings outside the Ijaws and Itsekiris may have surrendered arms unbeknownst to Alhaji Dokubo. It is on record that the Ijaw militants were not the only ones that surrendered arms.

The Ijaw ethnic grouping has been the largest (almost sole) beneficiary of the Presidential Amnesty Programme. Of the target 30,000 persons absolved by the Federal Government, the Ijaw ethnic group accounts for over 90% of beneficiaries. Whereas those recognized from other ethnic groups are stifled from enjoying the full benefits of the Amnesty’s Disarmament, Demobilization and Rehabilitation (DDR) template – contributive to one of the plenty petitions that led to the suspension of Prof. Charles Dokubo, Coordinator of the PAP. Right from Kingsley Kuku to Prof. Dokubo, it appears there is a grand plan to make the programme solely an Ijaw affair. If it were Asari’s kinsmen that are being marginalized in this manner, he would have threatened to resume hostilities in the creeks. You can not be crying of injustice and marginalization at the federal level and be meting out same to other ethnic groups in the region.

This was a similar disposition people like Asari had when our illustrious son from Otueke was President of Nigeria. They made it seem as if he was President for the Ijaw ethnic group only; whereas they were agitating in Delta State that former Governor Emmanuel Uduaghan can not be Governor for his Itsekiri ethnic group only. If the Amnesty Programme was designed for the Ijaw ethnic group, former Governor Uduaghan, an Itsekiri governor, who is one of the main brains behind the Amnesty would not have convinced and flown Chief Government Ekpemupolo aka Tompolo, the most vicious ex-agitator in a private jet to meet with late President Yar’Adua for the commencement of the Disarmament. A move that has earned the former governor plenty laureates for building a lasting legacy of peace in Delta State and the Niger Delta region.

I respect Asari’s dogged agitation for a better Niger Delta but I will not support one that is selfishly beneficial to one ethnic group to the marginalization of others. The Niger Delta is a region of other diverse and eminent ethnic groups besides Ijaw. The impoverishment of the region by successive governments is felt by all the ethnic groups that make up the region. Therefore, it is insulting to other ethnic groups and divisive to give the Niger Delta struggle an ethnic tone. Who knows, tomorrow, when my community that is ravaged by crude oil exploration in Warri makes case for a clean-up exercise, the Asaris of this world will tell us to shut up because my community, Ifie, is not in Ogoniland.

It is true that the Ijaws are major stakeholders in the Amnesty programme but it is even truer that they are not the only ones for whom Federal Government designed Amnesty. I speak for Itsekiri who are struggling in the program and other ethnic groups who are entitled to be in the program and enjoy full benefits like their Ijaw counterparts, maybe not in the same measure but they deserve to have a slice of it.

If it is normal for Asari Dokubo to fault the call on President Buhari to pick the PAP Coordinator from another ethnic group, then it is illegitimate a quest for Asari and co to agitate for governorship in Delta State or elsewhere where they are not the majority.

Alhaji Dokubo should be preaching unity and inclusivity in Niger Delta as the Ijaws do not exist in isolation of other ethnic groups, especially their neighbours in the Niger Delta. We all suffer the same fate and should also enjoy dividends that come to the region. I support the call that President Muhammadu Buhari should appoint a very qualified and detribalized Coordinator of the PAP who can come from Itsekiri, Isoko, Urhobo, Kwale, Ibibio, Efik etc.

OPL 245: The most popular oil block

PZ AGINIGHAN THE VISIBLE VOICE IN AN INVISIBLE SPACE