Hon. Sani Mohammed Shaaban has been gifted the All Progressives Congress (APC) nomination form by his seventeen children to enable him to contest the governorship ticket of the party in Kaduna State for the 2023 general election.

According to the Politics minded children, Shaaban, a former House of Representatives member has what it takes to fix the massive problem left in Kaduna

Addressing newsmen after picking the forms Thursday in Abuja, the eldest daughter of Shaaban, Asmau Sani Shaaban, said the seventeen children put their resources together to pick the Expression of Interest and the Nomination forms. 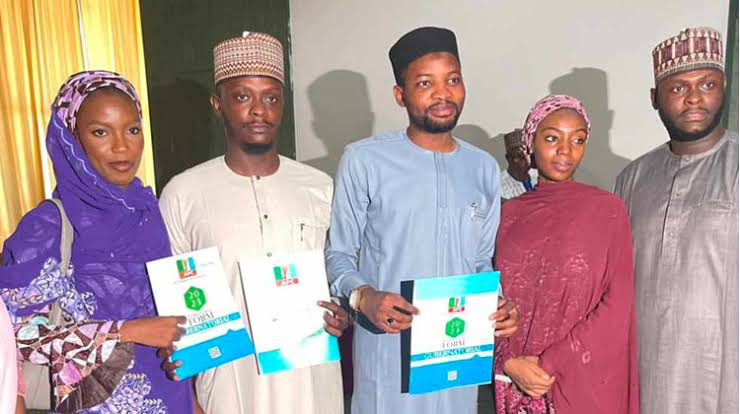 According to Asmau, Shaaban has distinguished himself in serving his people hence the decision of Kaduna for him to succeed governor El-rufai.

She said the ruling APC in Kaduna state has brought development to the state under governor El-rufai, and that her father will improve on the achievements.

“We believe the number one thing is the issue of insecurity in Kaduna state. He believes the insecurity was a result of the lack of jobs for the people because if there were enough jobs, the insecurity wouldn’t be as bad as it is today. He would like to create more job opportunities for people so that idle people running around creating insecurity can stop.

“We will like to believe that he has a higher chance of winning for Kaduna state because the people love him, the people admire him, and he has a personality who relates with the people, he’s a person who has empathy.”