The Nigerian House of Representatives has passed the bill for the establishment of Nigerian Maritime University in Okerenkoko, Delta State, three years after its foundation was laid.

The groundbreaking of the school at Okerenkoko, Gbaramatu Kingdom in Warri south-West Local Government Area was done by former President Goodluck Jonathan in 2014.

The bill for its establishment was passed by the House of Representatives on Wednesday. 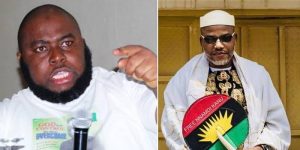 Thousands of APC members in Delta state decamp to PDP