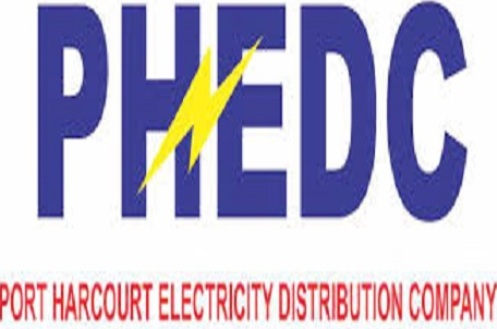 It was gathered that the youths under the auspices of the Kennedy Olorogun-led Ijaw Youths Council (IYC) Central Zone stopped their occupation of the electricity distribution company (Disco) on Wednesday afternoon.

The trouble between the Ijaw youth body and the disco brewed for months following persistent darkness in Yenagoa despite monthly bills paid by residents.

Olorogun held many engagements with the management of PHEDC and begged the company to supply some hours of electicity daily to ease the pains of residents in the city.

Following failed engagements to resolve the problem of power supply, Olorogun led the youths to shutdown the office of the disco in Yenagoa on December 23 last year and sent all the company’s workers home.

The angry youths locked the gate leading to the premises of the company, placed plantain stems and suckers to the entrance and used the IYC flag to barricade the area.

The youths described the PHEDC, which is incharge of the state, Rivers, Cross River and Akwa Ibom states, as an irresponsible firm and called on the Federal Government to revoke the license issued to PHEDC insisting that the firm was incompetent.

But the company fought back claiming that its consumers owed over N16.5b debt, which it said was threatening its existence.

It was gathered that the intervention of the Bayelsa State Government compelled the youths to reopen the office.

The government through the Secretary to the State Government (SSG), Kemela Okara reportedly held a meeting between the management of the company and the IYC leadership on Tuesday.

Confirming the meeting, Olorogun said the government appealed to the youths to reopen the PHED office and promised to work with the disco on adequate supply of electricity to Yenagoa and its environs.

Olorogun said: “We promised to meet at the executive level of the IYC and discuss the appeal by the state government.

“Eventually we met on Wednesday and decided to give the PHED a second chance. Since the government said it would compel the PHED to supply adequate electricity to Bayelsa within 48 hours, we hold the government by that promise.

“What we demanded before was at least 12 hours of light in Yenagoa every day. We are waiting to see how the PHED will make use of this opportunity”.

Olorogun, however, denied the insinuations that the IYC collected a bribe to reopen the office describing it as false.