...my major support was from my mum – Ubebe

Thirty-one-year-old Rapheal Ubebe, a beneficiary of the Federal Government Presidential Amnesty Programme scholarship, who bagged first class honours with 4.76 Cumulative Grade Point Average (CGPA) in Computer Science from the Michael and Cecilia Ibru University, Agbarha-Otor in Ughelli North Local Government Area of Delta state, tells FEJIRO JIMITOTA and DANIEL JEJELAYE of GbaramatuVoice, during an interview, how he achieved such a feat as a result of hard work and discipline.

Ubebe, who is a native of Oporoza, the ancestral headquarters of the Gbaramatu kingdom, was also announced as the second best graduating student of the academic session 2021/2022 in the university.

Below are the excerpts from the interview. Enjoy it!

GbaramatuVoice: For the interest of our teaming readers, we request that you introduce yourself.

Ubebe: I want to start by commending the leadership of Gbaramatu Voice and the entire team for considering me worthy of this interview. My name is Ubebe Rapheal. I am a native of Oporoza, the ancestral headquarters of the Gbaramatu kingdom, Warri West local Government of Delta state. I graduated very recently from the computer science Department, Micheal and Cecilia Ibru University, Ughelli North Local Government Area, where I emerged as the second top best graduating student at the department of computer science and one of the bests in the entire school.

The name of my father St. Elijah Brakoru Ubebe of blessed memory from Oporoza community. He is the founder of New Jerusalem Zion Oporoza. My mother’s name is Mrs. Yadile Ibime Ubebe from Opuede, Benikrukru and Inikorogha communities of Gbaramatu Kingdom.

GbaramatuVoce: Tell us about your early education experience?

Ubebe: I attended Fiyewei Primary School Oporoza and Gbaraun Grammar School where I got my first primary school leaving certificate in 2005 and West African Examination Council certificate in 2011 respectively. Due to some challenges I was unable to gain admission into the university until 2017 when i decided to start from somewhere. That year, I gained admission into Federal Polytechnics, Auchi to study computer Science. I graduated with a distinction in 2018. The same year, I gained admission to study computer science at Michael and Cecilia Ibru University).

GbaramatuVoice: Kindly share with us your experience at Michael and Cecilia Ibru University).

Ubebe: Well, before gaining admission into the school, I have inculcated in myself the vurtues of discipline, hard work and leadership. So, the first thing I did on getting to the campus was to select the kind of friends to keep. . The kinds of people I surrounded myself with really engineered positive energies around me which really propelled me to get going.

It also availed me the opportunity to hold different positions while in school. For instance, at different times and places, I was the Director of Finance, Secretary General and President of the department. It didn’t end there. I was also privileged enough to be voted as Secretary General of National Association of Gbaramatu students (NAGS).

GbaramatuVoice: Tell us about your recent scholarly achievement

Ubebe: It wasn’t a strange development to me at all because it was my long awaited dream. I prepared for it, I anticipated it, planned and studied to achieve it and God blessed my effort. As the popular saying goes “If you fail to plan, you plan to fail”.

GbaramatuVoice: What were the challenges you encountered as a student at the University of Michael and Cecilia University and how were you able to overcome these challenges?

Ubebe: The challenges were majorly financial because since we were not allowed to cook in the school, the cost for feeding from the canteens was very high.

GbaramatuVoice: What other factors can you say contributed to this success story?

Ubebe: Aside from the scholarship, my major support was from my mum and some few relatives and concerned personalities.

GbaramatuVoice: Considering the leadership positions held while in school,. how were you able to balance social life and academics?

GbaramatuVoice: What’s next in line for you?

Ubebe: My biggest project now is to pursue my post graduate studies i.e My Master program after which I will go for my Ph.D.

GbaramatuVoice: Who is an icon of inspiration to you ?

GbaramotuVoice: Are you the best graduating student in the whole school or the department alone.

Ubebe: The best graduating student is from my department and so she automatically became the best in my department. My CGPA is the second highest in the whole school after hers.

GbaramatuVoice: What advice do you have for the Niger Delta Youths?

Ubebe: I use to tell people that school is not a scam and that investment in knowledge pays the best interest. We are in a time where people think the easiest way to make it is to be involved yahoo. But I must say that, that is a myopic approach to life in the real sense of it. So, I would advise the Niger Delta Youth that pen is mightier than the sword. Gone are the days of the sword, let’s go for the pen. 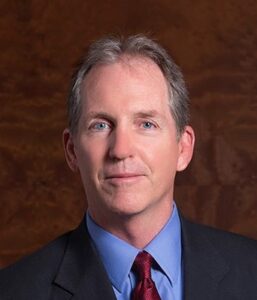 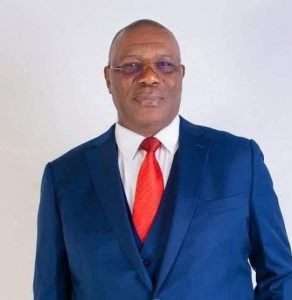 OTUARO: My ambition to succeed Okowa is divine, says zoning does not exist in Delta 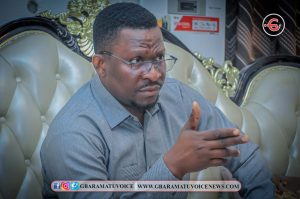 BAYELSA WEST SENATORIAL SEAT: How I will defeat Seriake Dickson in 2023 – Wilson Dauyegha