How Okowa received largest share of 13% derivation fund in six months, got N114.75billion

The eight oil-producing states in Nigeria received a sum of N377.93 billion as 13% oil derivation fund in the first half of 2022.

According to data released by the National Bureau of Statistics, Delta, Abia, Akwa Ibom, Bayelsa, Edo, Imo, Ondo, and the Rivers States received N377.93billion in the first half (H1) of 2022. This amount is 46.9 percent higher than what was received in the second half of 2021.

GbaramatuVoice learnt that oil-producing states received N257.2 billion in the second half of 2021.

Before the introduction of 13 percent derivation, the oil-rich area otherwise known as the Niger Delta was overwhelmed with a series of agitations. The 13 percent derivation is therefore to encourage oil-producing communities to create enabling environment for more exploration in their regions.

Despite the non-remittance of funds by the Nigerian National Petroleum Corporation (NNPC) to the Federation Account (FAAC), 13 percent of oil derivation funds shared by the communities has increased significantly.

A critical analyses of the data showed that Delta State received the largest share during the first half of (H1) 2022, accounting for N114.75 billion representing 30.4% of the total amount shared by the eight states.

See the analysis below:

●Delta State received the highest share, receiving a whooping N114.75 billion between January and June 2022, which accounts for 30.4% of the total amount shared to the eight states.

●Akwa Ibom State followed with an income of N80.02 billion, which represents 21.2% of the total amount shared.

Matters Arising from the 13% derivation fund to Delta state 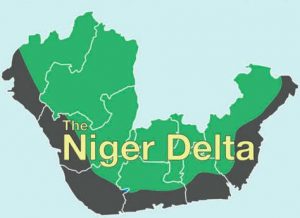