…Preaches peace and peaceful coexistence among ethnic groups in Warri

The ugly memories of the 1999 Warri crisis which occurred about 24 years ago in Warri , Delta state, came flooding on Friday, 13th of January 2023, at Kunukunuma community in Gbaramatu kingdom, Warri South-West Local Government Area, as Comrade Jackson Timiyan, a community leader, held a memorial lecture and traditional rites in honour of his beloved mother, Late Mrs. Akasa-ere Evelyn Timiyan (Nee Okpeke), who was brutally murdered alongside her 2-year-old daughter and 13-year-old niece during the crisis.

While speaking on the memorial lecture which he titled: “The Evil of War and Necessity for Peace in Warri South West LGA of Delta State”, Comrade Timiyan explained the pain the crisis left in his life is that it did not allow him to see the remains of his mother.

“War is wicked. Again, I repeat, war is wicked. Thank God that today, we have peace in this local government (Warri South West). I will like us to work and consolidate on this existing peace in the area. I never wanted anyone, not even the worst of my enemies to experience what I experienced. But above all, I am consoled by the awareness that I had a loving and a caring mother.

Going down memory lane, he narrated how his mother saved his life when he was very tender.

In his words: “I have a mother who put her life on the line. I was fishing with my mum one faithful day with a very small canoe and it was about 7pm. The day has already gone dark and suddenly, the boat sank at Sarabubowei community. This occurred at a very deep portion of the river. When the boat sank, I saw my mother leave everything that was in the boat to ensure that I was secured.

“She left so many fishes, so many hooks and I saw the speed how she approached to save my life and she held me on her hands and started swimming to safety with all her strength. Even when she was about to drown she couldn’t afford leaving me. That was how she saved me and herself. Most importantly, she gave all that she had to make sure that I went to the school.”

Timiyan therefore used the opportunity provided by the lecture to preach peaceful coexistence, pray for sustenance of the existing peace in Warri South West Local Aovernment Area. while describing war as wicked.

Corresponding the above position, villages present at the event who knew the late mother of Comrade Timiyan told GbamaramtuVoice that she was well laced with good virtues and attributes worthy of emulation.

The event which was well attended, had in attendance the commissioner, representing Ijaw Ethnic Nationality in the board of DESOPADEC, Dr. Paul Bebenimibo, clergymen, Gbaramatu chiefs, family members, friends, and well wishers, among others. 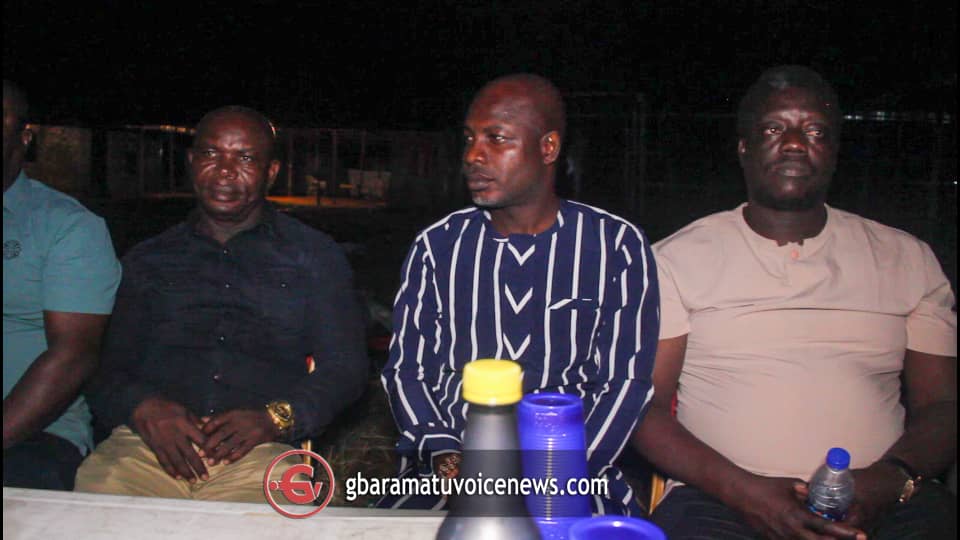 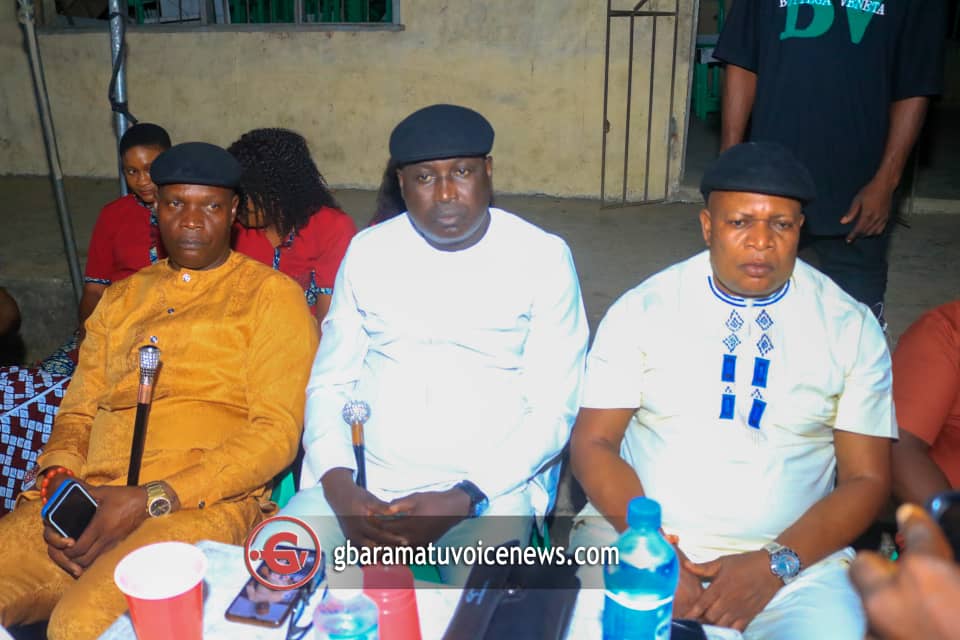 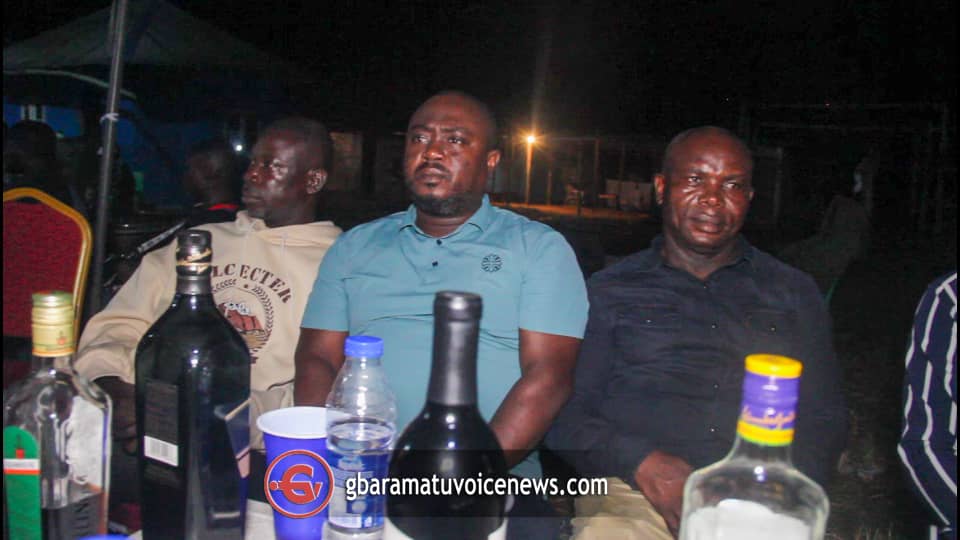 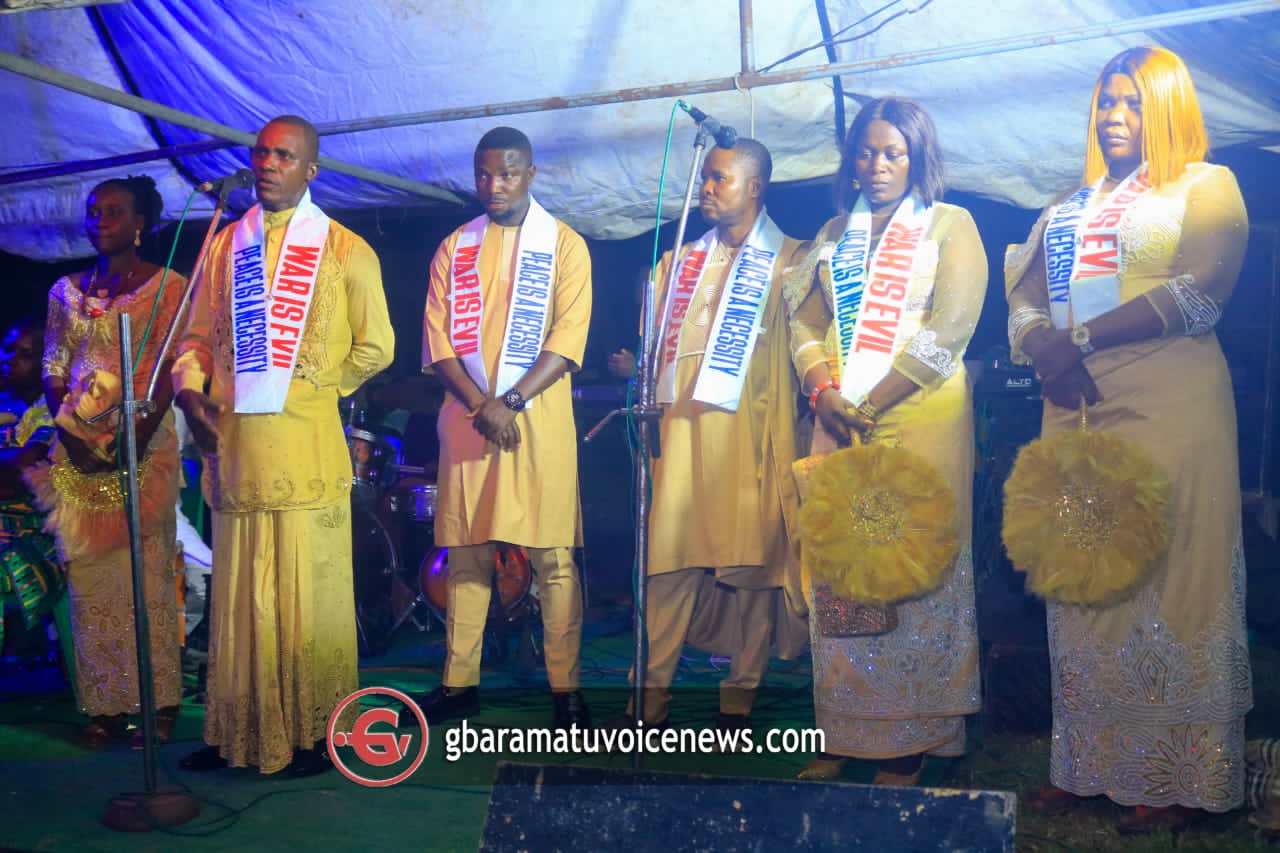