Gunmen, suspected to be pirates, have killed two policemen and injured an Assistant Superintendent of Police in a gun duel in Bayelsa State.

It was learnt that the incident took place on Tuesday at Ogbia waterside in Ogbia Local Government Area of the state.

At the end of the gunfire, two policemen attached to the base at the waterside were reportedly found dead.

Two police rifles and a 200-horsepower engine boat belonging to the Ogbia LGA, were said to be stolen by the gunmen.

The leader of the marine team, an ASP, reportedly sustained gunshot injuries and was rushed to an undisclosed hospital in the state for treatment.

It was gathered that the bandits fled with their casualties after the tragic incident, which occurred about 2am on Tuesday.

A police source, who did not want his name mentioned, described the exchange of gunfire as massive, noting that a G3 magazine with 17 live ammunition was recovered from the suspected pirates.

The police source said, “Eighteen (18) expended ammunition was picked at the scene. The hoodlums came to steal the General Multipurpose Gun. It is a big gun mounted on a boat. But the policemen protected it with their lives.”

The Commissioner of Police, Bayelsa State Command, Mr. Asuquo Amba, who confirmed the incident, said the police were combing the creeks to locate the criminals.

Describing how the attack was carried out, Amba stated, “At about 002hrs of Tuesday morning, some unknown suspected sea pirates that came in with two boats from different directions attacked our men that were anchored at Marine Base at Ogbia and obviously there was a lot of exchange of gunfire.

“We tried to be as defensive as possible. In the cause of that, we lost two policemen who were shot in action and they (hoodlums) were able to make away with two of our rifles and a 200-horsepower engine belonging to the Ogbia Local Government Area.

“That will show you the extent of exchange of gunfire at the scene. We were able to recover a G3 magazine, which was used by them with 17 live ammunition and 18 expended ammunition. The firing was not from one direction. It was through separate directions. 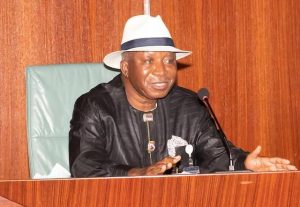