The United State Supreme Court is not the highest in our land. Our highest court is the court of public opinion which meets every hour- Seltel (1987)

“I have no fear of constitutional amendments properly adopted, but I do fear the rewriting of the Constitution by judges under the guise of interpretation.” —Hugo L. Black

Democracy taken objectively signifies the right to choose. Public opinion/communication on its part matters in every democratic setting. In fact, there exists this global belief that the viability of democracy depends upon the openness, reliability, appropriateness, and two-way nature of the communication environment.

However, despite these virtues and attributes of public opinion particularly in a democratic dispensation, there exists also a superior/school of thought that counters such claims.

It says; even in a democracy, the government is at liberty to take or discard advice and public opinion in the interest of greater good for the greater number.  Public opinion, in its view, does not always provide clear-cut policy guidance, and even when it is clearly in favour of a certain course of government action, the authorities may decide otherwise-particularly when they realize how uninformed, superficial, and changeable most opinions really are.

Government it added may also reject the people’s opinion as a result of its own convictions, the recommendations of the public service, or the pressure of advocacy groups. Whenever the government fails to follow a clear-cut preference among the public opinion, they may actually be relying on a deeper understanding of the issue, the greater information at their disposal, a more sophisticated analysis of its implications, a concern for minority groups’ rights, or a less prejudicial attitude. it concluded.

Despite the validity of the above declaration, I believed and still believe in the efficacy and validity of public opinion particularly to people in government, for without it, there exist no other way the government will be abreast of what the people are wanting and doing.

However, if there is any exception to the above argument in recent time that deeply demonstrate how uninformed, superficial, and changeable some opinion paddlers could be when exercising this right conferred on them by the instrumentality of democracy and election of leaders, and significantly explains why some opinions from the people needs to be ignored, it is the slanted x-ray/assessment of the performance of Mr. Samuel Ortom, the Executive Governor of Benue state by some commentators and self styled public affairs analysts.

Peripherally, their opinion pieces sighted in online news platforms and opinion pages of conventional newspapers appear so smooth that anybody who read their accounts would think that the picture they painted was real and the trickle down effect was already taking place on the people of the state.

Before getting down to the nitty gritty of their claims, it will be pertinent to look deeply, and classify their analysis/concerns into three parts.
For many in this group, Ortom’s constructive  debate with the government at the centre on how best to lead and build a nation is viewed as unnecessary, messy and divisive; his differing political ideas and strategies are perceived as destructive to the nation’s interest. So, they are of the view that Mr. Governor needs to defocus on his persistent and unabating call on the government at the centre to provide security and adhere to the rule of law.

Others believe that since the interest of Benue is well represented at the centre via appointments of some of its sons/daughter into positions of authority, such appointment/magnanimity signposts Mr. President’s love for the state.

Therefore, by interpretation, what the President deserves from the Government in the state, are namely; praise, respect-and not vilification or disparagement. To the rest, Governor Ortom, should let the Federal Government be; he should concentrate and get preoccupied with issues that have to do with payment of Benue state workers salaries and infrastructural deployment in the state. They predicted their claim on the allegation that workers in the state are owed salaries while the state as a whole suffers infrastructural deficiencies.

At this point, it is of considerable significance to state that this piece is neither out to submit Governor Ortom’s scorecard to the general public, nor to launder the efforts/ image of his administration. But, like a boil that can never be cured as long as it is covered up, the piece is aimed at opening with all its pus-flowing ugliness, the boils of inaccuracies, injustices, asymmetrical information/disinformation, innuendos against the Governor, democracy and good governance, to the natural medicine of truth, justice and the light of human conscience and the air of national and natural opinion.

For one thing, the issues raised- particularly the concern that has to do with nonpayment of workers’ salaries/pension and infrastructural deficiency could have been condemned in strongest terms if they were found to be true because a Latin dictum observes that; “Salus populi suprema lex esto [the welfare of the people shall be the supreme law].” But sadly, this cannot be as the orchestrated allegations have since been uncovered to exist only in frames. In fact, factually supported counter commentaries eminently suggest that the Governor ceaselessly performs his leadership role in this direction at the most fundamental level.

With the above highlighted, let’s focus on other ills that plagued such claims and arguments.
Beginning with inordinate appreciation of infrastructure and political appointment over Governor Ortom’s call for security and rule of law, the question may be asked; which is most essential; security of lives and property or provision of infrastructure and political appointment? Still on the argument about choice of salaries/infrastructure over security, it reveals a mindset with thoughtless understanding of leadership as a mere payment of salaries on the one hand, and ‘cement and concrete arrangement’ on the other hands. Broadly speaking, their deformed logic again elicits the question; when did provision of infrastructure/payment of salaries become a stronger Key Performance indicator (KPI) for measuring leadership success than provision of security of lives and property?
While an answer(s) to the above question is awaited, it will not in any way be characterized as hasty to conclude that these misguided priorities demonstrated by Ortom’s critics, explain why Nigerians presently applaud and vote those who ordinarily, should have nothing to do with governance.

Specifically, Governor Ortom in my views may not be a saint but his type/kind in Nigeria’s leadership corridor is in short supply. Take as an illustration, at the wake of incessant clashes and killings of Benue people by those suspected to be Fulani herders; he enacted the anti open grazing law in the state to tame the situation. Yet the killing spray continued, houses destroyed and burnt down. In the face of these ugly developments, such killers were never apprehended, even when they make self implicating statements about such killings.
Instead of criticism, one would have expected, as responsible and responsive indigenes of the state, these critics of the Governor to dissipate such energy interrogating; why the legislative framework is not providing a strong source of remedy/solution for individuals and communities? And most importantly, why is it not effective and enforceable?

Asking these questions no doubt would have again exposed those who control security architectures in the country as well as underscore the expediency of state police to meet the nation’s security changing needs currently demanded by Ortom and other development-minded Governors and true Federalism proponents. Such a probe would have at the very least revealed who is failing in its responsibility as a leader; whether Federal or state?

Away from security concerns to the claim that appointment of some sons/daughter of Benue origin to positions of authority at the centre signposts love for the state. This argument again is not only laughable but cannot hold water when faced with embarrassing facts. It sadly speaks volume of a people that are ready to offer the security of their people on the altar of political appointments while pointing to why democracy in the country is downgraded to the level that it neither underwrites social justice nor guarantees social mobility.

Let’s look at the particulars of this claim.
Beginning with reality, if the likes of Ortom are to keep quiet from offering their sentiment on a matter such as security which involves the most serious and alarming consequences, it means reason is of no use to us; the freedom of speech may be taken away, and dumb and silent we may be led, like sheep to the slaughter.

Regardless of what others may say, there is no way Ortom, a onetime business man and entrepreneur, could not call on Mr. President to rise up to his responsibility of securing the nation, as he (Ortom) understands that the efficiency of the government particularly in the areas of security and economy, does not affect the performance of the public sector alone. Rather, it affects that of the whole country, including the private sector (Business).  When the public sector’s achievements pick up speed, the increased pace extends to the activities.  What ‘investors are more particular about is the rule of law and the independence of the judiciary because unlike security where they can take care of the protection of their staff and assets, they cannot appoint their own Judges to sit on any litigations they are involved in’.
I am not alone in this line of belief.

It was argued elsewhere that if Nigeria is to create the enabling environment for FDIs. Investors are also looking to the independence and strength of the legislative arm of government which acts as a check on the executive branch. The current faint-hearted attitude of the National Assembly whose leaders emerged with the fingerprint of the executive branch written all over the process cannot engender confidence in the investing community.

To therefore catalyze nation building, it is in my views that instead of advocating for  unhealthy truces, ‘technical rationalities/ rationality without morality, or generating spurious arguments on why the Governors should cease commenting on state of the nation, it will be more rewarding if true lovers of this nation remembers that getting the people to believe or committed to a leader at the centre depends largely on the credibility and track-records of such leader, their vision/content of their message, reputation and the consistency between their words and deeds.

Governance they say is not about the   originality of vision but how well the vision serves the interest of the people. It is no longer a secret that the vision of the present administration at the centre has not served the people well.

As the debate rages, well meaning Nigerians are in agreement that separate from being a national leader that is well respected by all, Ortom is among the few public office holders that have played politics in the country using global rules and dictates. He is in the opinion of this piece exposed to the present attack not because there is an established link with non performance, but primarily because, the accusers feel that he occupies a public office and therefore, lacks the right to private living.

Utomi, is the Programme Coordinator (Media and Public Policy), Social and Economic Justice Advocacy (SEJA), Lagos. He could be reached via jeromeutomi@yahoo.com 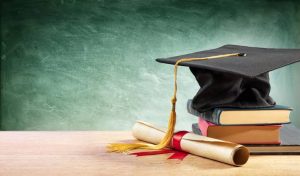 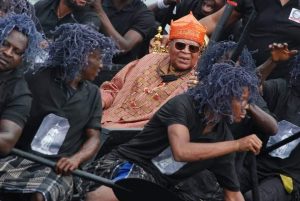