Douye Diri (born 4 June 1959) is the governor of Bayelsa State. He was the senator that represented Bayelsa Central Senatorial District until he emerged the state governor on February 14, 2020. For its part, Bayelsa State popularly called the ‘Glory of all Lands’ was formed in 1996 from Rivers State.

It is among the few states in Nigeria blessed with homogeneous tribe/ethnic nationality — the Ijaws. This explains why the state is also referred to as the Jerusalem of Ijaw nation.

The state is located between Delta and Rivers States. It has, going by reports, a total landmark: 9,059 KM and blessed with the largest gas reservoir (18 trillion cubic feet) in Nigeria, producing 40% of on-shore crude oil in the country.

In two years as the state governor, Senator Diri’s administration has been able to provide magical strides and engineered prosperity particularly in the areas of socio-economic independence via creation of viable and robust Internally Generated Revenue (IGR), human capital development, and integrated infrastructural and industrial development.

While his effort is praised in this direction, GbaramatuVoice is of the views that Governor Diri has performed more in his ceaseless efforts to keep the Ijaw ethnic group as one indivisible, united and peaceful entity.

Apart from supporting all Ijaw cultural interests/events, there exists two major examples that give fillip to our claim.

First and very fundamental is that within this space, he united the hitherto factionalized Ijaw National Congress (INC). After that effort, he encouraged them to conduct an election to help pick officials that will pilot the affairs of the group.

The election was held in an atmosphere devoid of external influences or any form of interference. And to the admiration of the watching world, the election threw up Benjamin Ogele Okaba , Professor of Sociology at the Federal University, Otuoke in Bayelsa State, who hails from Kpakiama in Bomadi Local Government Area of Delta State, as president of the ethnic group’s foremost socio-cultural organization.

He expressed joy over the emergence of the INC leadership through a rancour-free and exemplary electronic voting process after years of the organisation being comatose.

Let’s listen to him: “I am indeed the happiest man that out of this electoral process, we have a brand new executive of the INC. There is a hand of God in your election. It was God’s own design using every one of us to ensure the loud silence of the Ijaw nation would no longer be.

“On no account should you compromise the interest of the Ijaw people. I believe very strongly that the Ijaw nation is going to be heard.

“Let it be that under your tenure, the Ijaws make remarkable progress and have some degree of autonomy they have been looking forward to. Let it be that you write your name and that of other members in gold.”

Governor Diri was equally instrumental to the success of the Ijaw Youth Council (IYC) election which was held in July 19, 2020, at Oporoza, Delta State, and was described by all as free and credible without any interference from any quarter. The IYC election produced Peter Timothy Igbifa as National President.

Reacting to the outcome of the election when the newly elected official visited in his Bayelsa State office, Governor, Senator Douye Diri, among other things, noted that rather than interfere, his administration was more concerned about de-politicizing the umbrella bodies that represent the Ijaw nation, particularly the IYC and the Ijaw National Congress (INC).

He added that his decision was hinged on his administration’s deliberate principle of non-alignment and non-interference in the organizations and organs of Ijaw unity and development.

He also assured the new leadership that as the only homogeneous Ijaw state, Bayelsa would work with the INC and IYC to ensure that the ethnic group is protected.

Such efforts/comments can only come from a man that truly loves his people and ethnic nationality.

BY GBARAMATUVOICE EDITORIAL BOARD 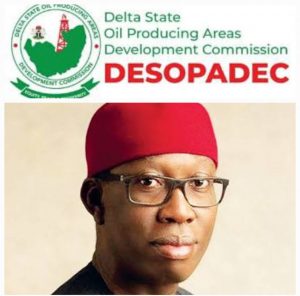 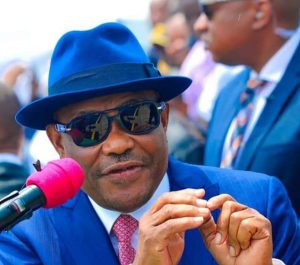 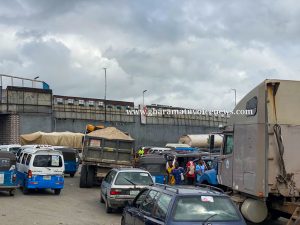