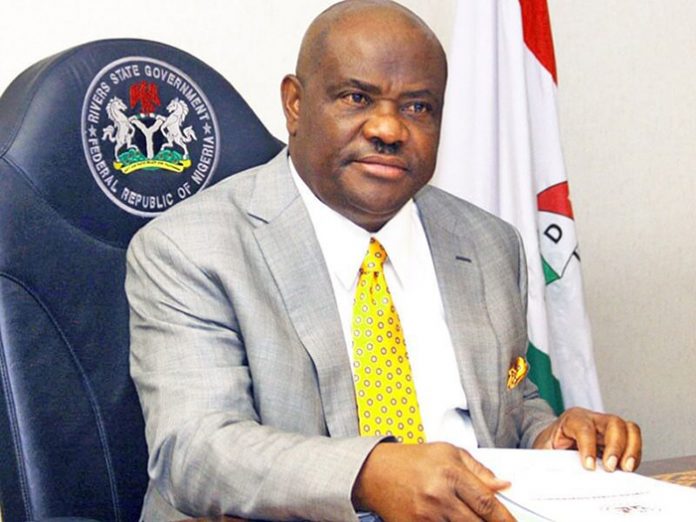 Rivers Governor Nyesom Wike has released N2billion for the procurement of essential foodstuffs to ease the pains of residents from the COVID-19 induced lockdown of the state.

The governor disclosed this to newsmen at the Government House, Port Harcourt.

He also announced the composition of a 33-man committee for the procurement and distribution of foodstuff to residents of the state.

He also announced total ban on movement of agricultural produces and fishes from Rivers to other parts of the country until the end of the COVID-19 pandemic.

While lambasting the Federal Government for allegedly neglecting the state in the disbursement of COVID19 fund, he assured that the state would continue to take steps to protect its citizens and everybody living in the state.

“If we did not take the steps that we took, probably we would have seen more cases.

“No state is more important than the other; if there is, I think Rivers should be in that category because of oil our production.

“That is why I insist that the Federal Government is playing politics with its fund disbursement for the COVID-19.”

The Governor further announced the N2bn special fund would also be used to empower farmers and fishermen by procuring their produces for onward distribution to residents who are unable to buy food to feed their families.

“As a responsible government, we did not wait to have cases before taking measures to safeguard the lives of our people.

“We took proactive measures, which include the closure of our land borders.”

“To cushion the hardship now being faced by our people, we have also taken some measures.

“To ensure that there is no hunger, we have set aside N2 billion to buy agriculture products and fishes.”

He said: “We are going a step further to ensure that no one complains of hunger in our State during this trying period.

“The State Government has therefore set aside the sum of N2billion to buy off all agricultural products.