Onoja who turned 47 on Monday August 9, 2021, represented the Executive Governor of Kogi State at the Newspaper’s 6th Anniversary Lecture, where he led other dignitaries present at the event to unveil GbaramatuVoice Resource Centre for Niger Delta Studies and Media Institute. 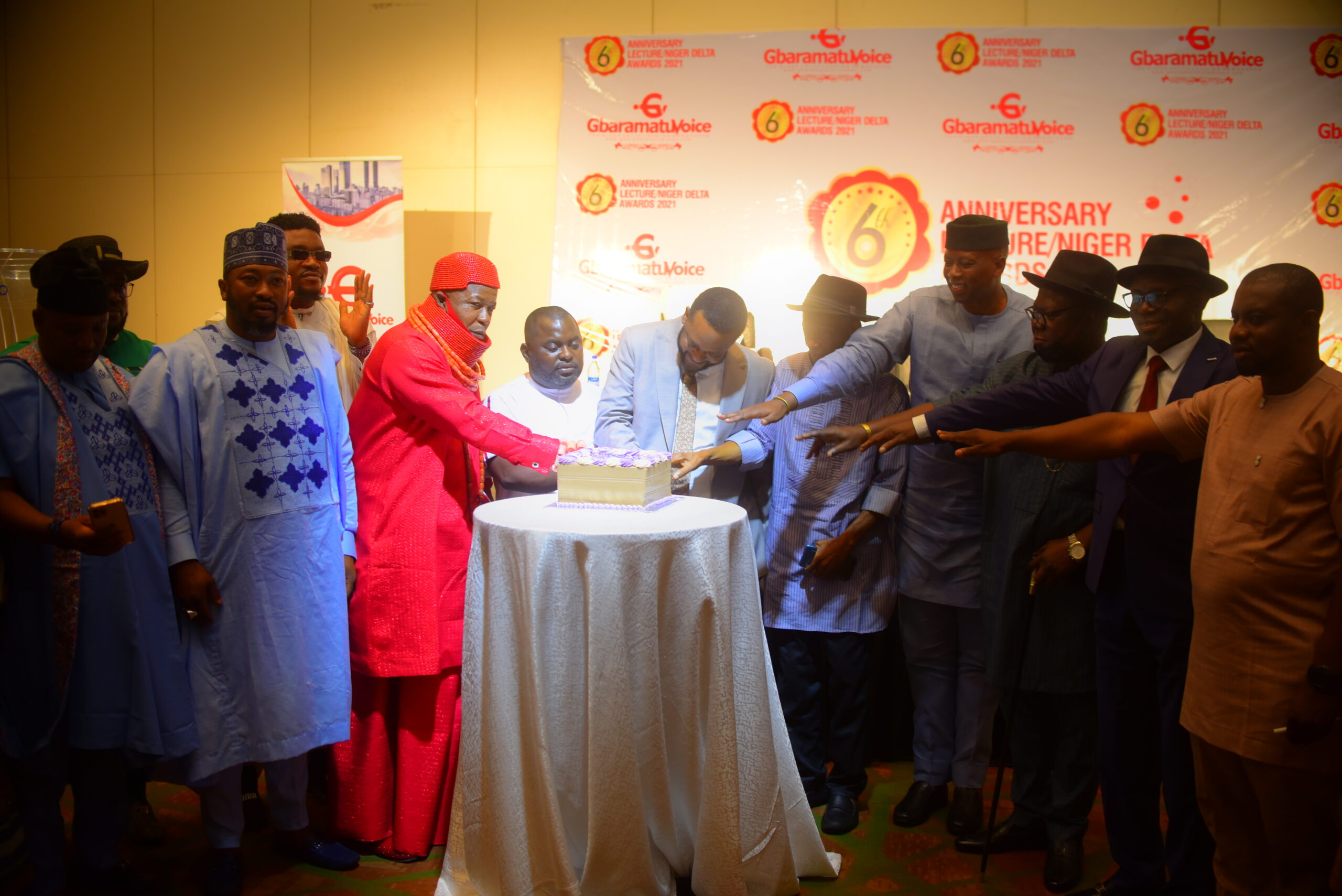 Immediately after the unveiling of the media Institute, this of course is the pioneer in the South South region of the country, GbaramatuVoice management led by its publisher, Jacob Abai presented to the bewildered Deputy Governor, a surprise birthday cake.

The Deputy Governor thanked the Newspaper’s management for the show of love and thereafter invited other dignitaries present at the event to join him in the cutting of the cake.

It would be recalled that the GbaramatuVoice Newspaper on Tuesday August 10, 2021, held its 6th Annual Lecture/Niger Delta Award.