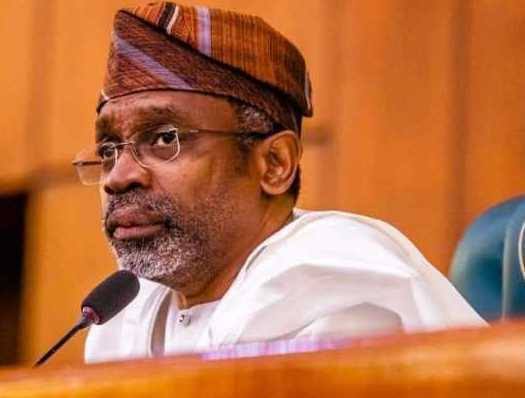 Speaker of the House of Representatives, Hon Femi Gbajabiamila, thursday cautioned against playing the blame game in the ongoing efforts by the President Muhammadu Buhari administration to tackle the challenges besetting the Niger Delta region.

Gbajabiamila noted that while various stakeholders had unwittingly contributed to the region’s challenges in terms of policies and politics, there must henceforth be concerted efforts to resolve the issues without recourse to the not-so-palatable past.

The Speaker, who made the comments while declaring open a web conference tagged: ‘Resolving the Host Communities Question’, organised by the House in collaboration with the Niger Delta and the Nigeria Natural Resource Charter (NNRC), stressed that the House was also in the process of deliberating on the Petroleum Industry Bill (PIB).

He added that all federal government interventions in the oil-rich area, including the Niger Delta Development Company (NDDC), were also being reviewed to ensure maximum positive impact on the people of the region.

According to the Speaker, “That is not to say there isn’t enough blame to go round in terms of policies and politics that have caused the economic, social and environmental degradation that we have seen in the region.

“But we need to move past recriminations towards designing and implementing a new vision for the development of the Niger Delta.”

While saluting the House Committee on Niger Delta Affairs and all partners who are working together to resolve the long-drawn challenges in the area, Gbajabiamila assured Nigerians that with the current legislative interventions, the people of the area would have a reason to smile soon.

He added: “Shortly, the House will commence action on far-reaching reforms of the oil and gas industry through the Petroleum Industry Bill. Already, we are in the process of evaluating the performance of the NDDC and other projects of the federal government in the Niger Delta.

“If done correctly, the legislative intervention holds the promise of substantial positive change for the region. We need all the help we can get to succeed in this task and to deliver the change we seek.”

In his remarks, Senior Special Assistant to the President on Niger Delta, Senator Ita Enang, called for caution in the manner the host oil communities were agitating for better conditions of living, and blamed the governors in the region for being unfair to the people.