Ahead of the 2023 general elections, former President of the Ijaw Youth Council (IYC) Worldwide, Dr. Chris Ekiyor, has dumped the PDP and he is set to join the All Progressives Congress (APC) in Delta State, the GbaramatuVoice has gathered via a telephone conversation with him.

GbaramatuVoice gathered that the former Commissioner of Commerce and Industry in Delta State and his supporters have concluded plans with the leadership of the APC in the state on the modalities of joining the party on Friday and he has already resigned his membership of the PDP and sent a letter to that effect to the party.

Dr. Ekiyor is a dental surgeon, President Emeritus, Ijaw Youth Council. He is the founder of RAHI Medical Outreach, an NGO that meets the health needs of the rural Africa with a focus on the Niger Delta region. Senator at Junior Chambers international (JCI) and the Convener of the Integration Summit Group, Nigeria (ISG-N).

He was the Transition Committee Chairman, Patani Local Government Area of Delta State and the past Commissioner for Commerce and Industry, Delta State.

Dr. Ekiyor was a Member, Governing Board of Delta State University Teaching Hospital, Oghara and was also the Secretary, Delta State Government Advocacy Committee against Oil Facility Vandalism, a committee that worked tirelessly for the return of normalcy in the troubled Niger Delta region. 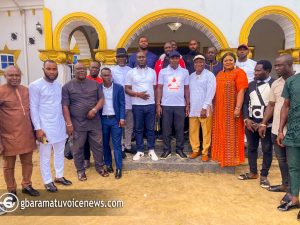 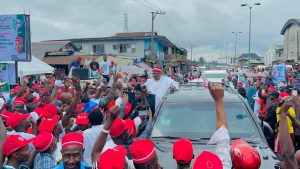