FIFA WORLD CUP 2022: Group stage fixtures, time and venues (From the opening game to the final)

The 2022 World Cup in Qatar kicks off on Sunday November 20 at the Al Bayt Stadium when the hosts take on Ecuador in Group A.

The tournament was originally set to begin a day later with Senegal’s game against the Netherlands at Al Thumama Stadium but Qatar’s match was moved forward to allow them to open their home tournament.

England will now feature on the second day with their Group B match against Iran scheduled to take place on Monday November 21 with a 1pm UK time kick-off. The game is just eight days after the Premier League shuts down

After qualifying via the play-offs, Wales’ first game will also be on Monday November 21.

Wales will then play England on Tuesday November 29 in Group B.

The final will be played at the Lusail Stadium in Doha a week before Christmas on Sunday December 18. 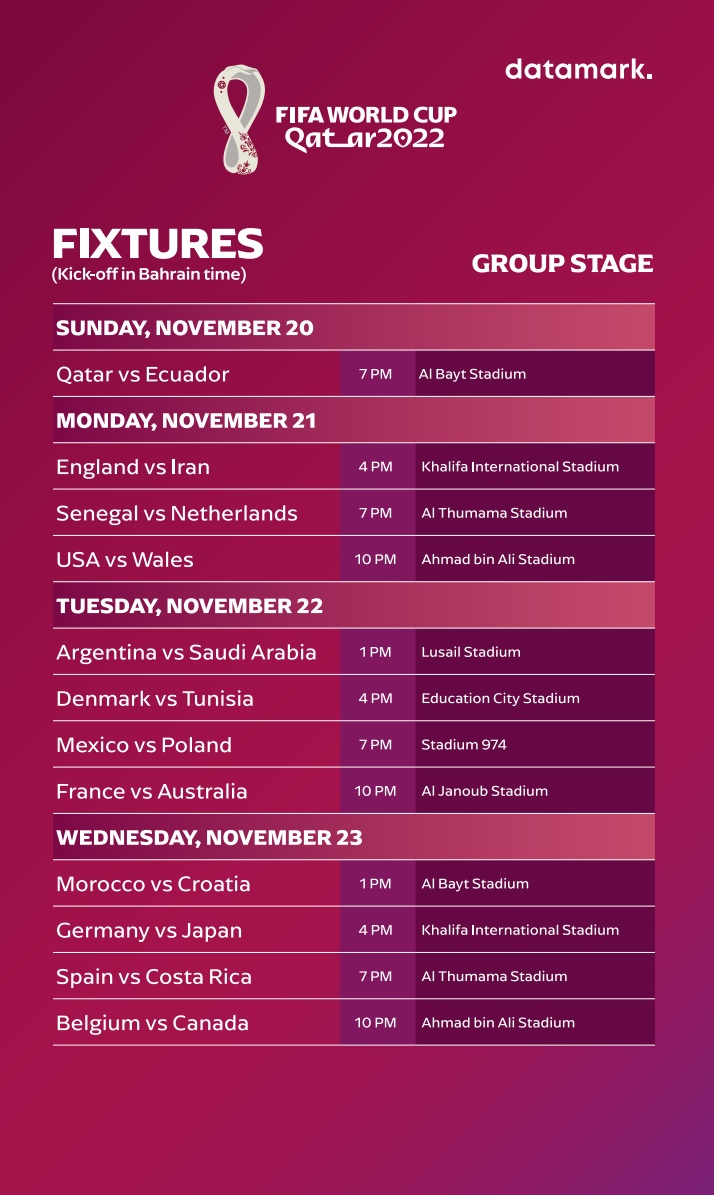 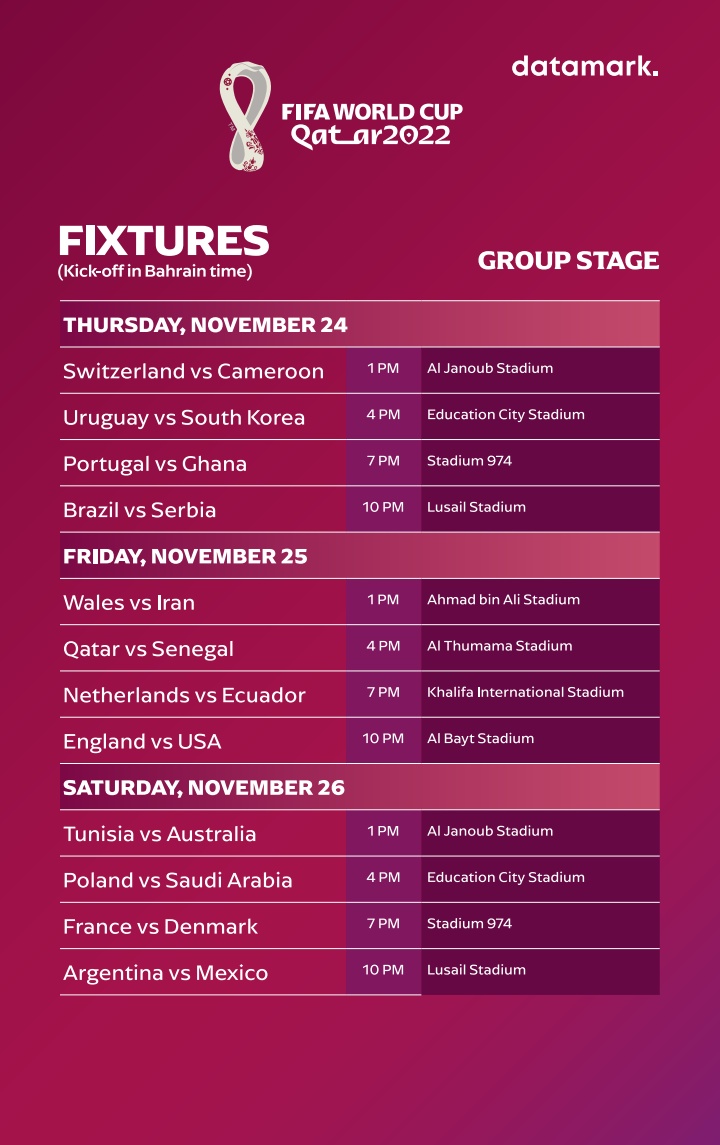 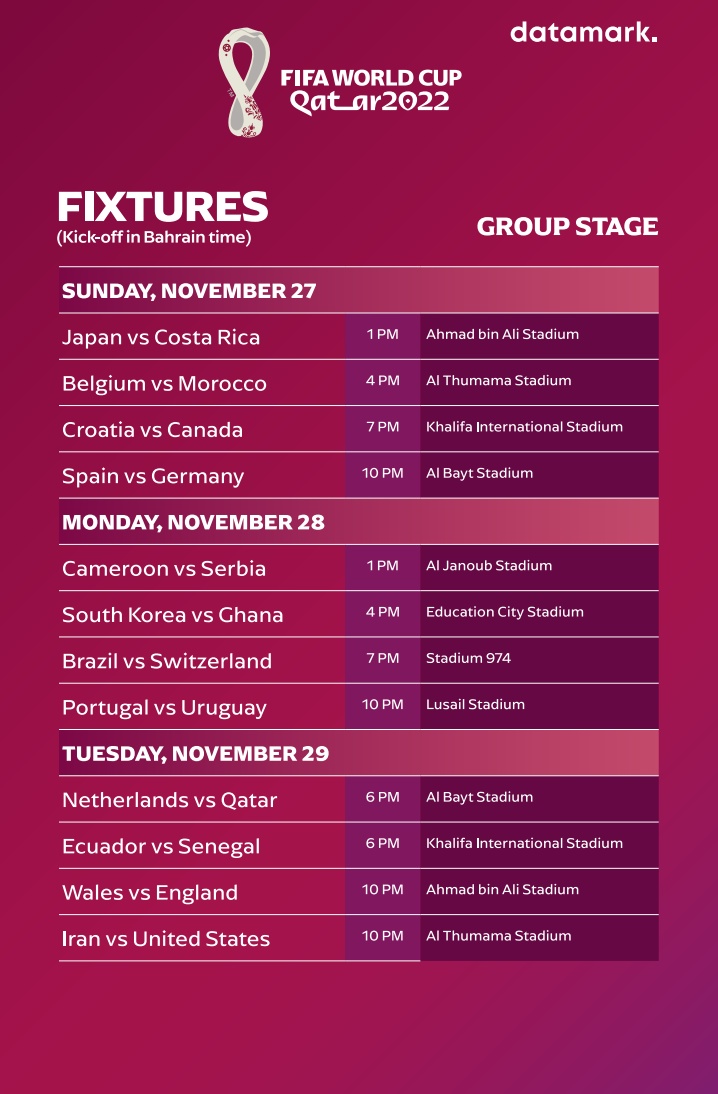 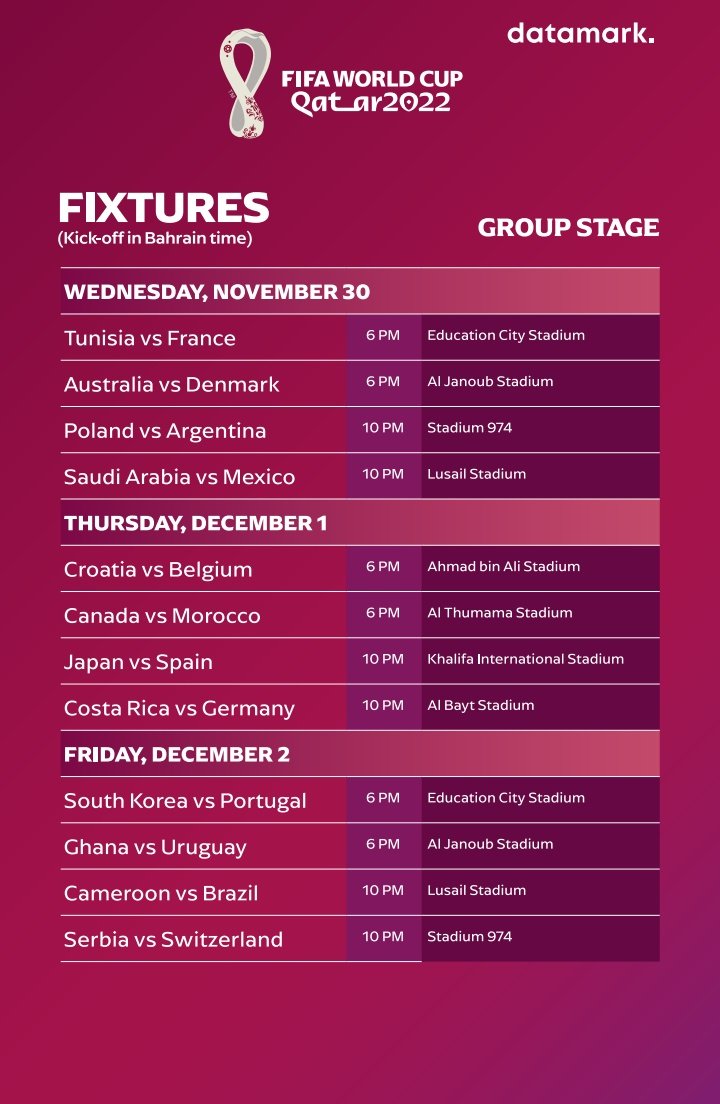