The umbrella body for Ijaw youths, the Ijaw Youth Council Worldwide, has expressed doubt about the sincerity of the Federal Government to have dialogue with the Niger Delta people.

The group, in a statement on Thursday by its spokesman, Mr. Eric Omare, spoke against the backdrop of reported invasion of some Ijaw communities in Gbaramatu Kingdom of Delta State. 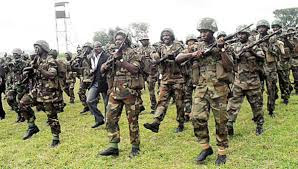 The IYC rationalised that the Federal Government could not in one breath declare a ceasefire and at the same time forcefully invade Niger Delta communities allegedly looking for militants.

The group said, “In the early hours of Wednesday, June 15, 2016, military men invaded Tebujor community in Gbaramatu with gunshots from both sides of the community.

“While we do not support sabotage of oil facilities considering the negative effects on our environment,  the IYC seriously condemns the continuous invasion and harassment of Ijaw communities and innocent people by the military under the guise of looking for pipeline vandals.

“The military has no reason to embark on continuous invasion of Ijaw communities and arrest our people in the name of looking for members of the Niger Delta Avengers or pipeline vandals. Our communities and people are peaceful and law-abiding.”

It said the continuous invasion of Ijaw communities was a demonstration of lack of sincerity on the part of the Federal Government to genuinely engage in dialogue with the people of the region.