Mr Adegbite, who inaugurated the aircraft at the Nnamdi Azikiwe Airport in Abuja on Thursday, said the survey became imperative as it would help determine the quantum of minerals available in the country. 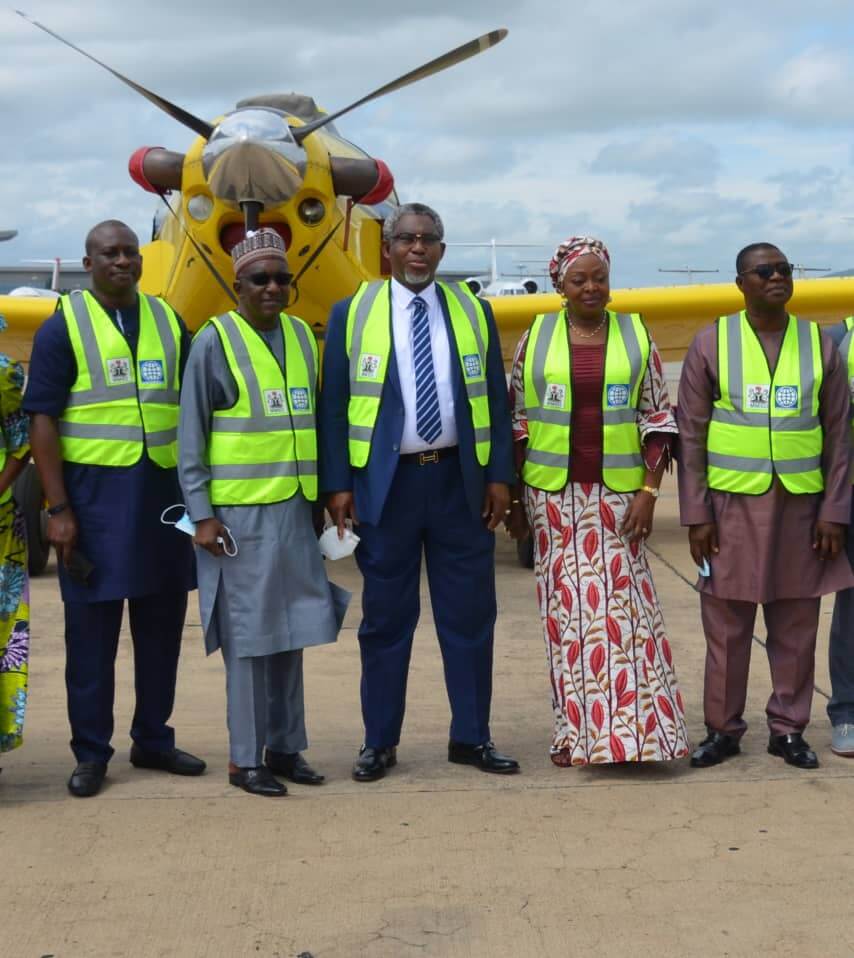 While inspecting the aircraft, he said they would be flying at a low altitude of 50 meters above the ground level, which is about the height of a 15-storey building.

”We have received two special aircraft, for now, hopefully, two more will be delivered for the survey.

”The aircraft have special equipment that monitor certain perimeter of the ground and record information and will be transmitted on the computer for interpretation on mineral data available that can be utilised,” he said.

Mr Adegbite said the survey would commence very soon, as the aircraft could only operate and get accurate information on dry land or season.

“The consultant of the project will only work as the weather dictates, they will not like to work when rain is still falling.”

The minister said the survey would be financed through the Mineral Sector Support for Economic Diversification (MinDiver) Project, a World Bank assisted Project under the ministry.

He said the ministry has visited all affected states including FCT to sensitise people on the project through jingles on radios among others.

Mr Adegbite said the sensitisation was to allay people’s fear especially as the aircrafts would be flying at low altitude.

He said the ministry had got approvals from state governors, the National Security Adviser, and the Nigeria Air Force for the operations.

John Eyre, International Technical Adviser of MinDiver, said that the two small yellowish aircraft with sensors would be managed by a pilot each.

Mr Eyre said the aircraft have electronic sensors that could get data of minerals on the surface of the ground.

He added that Spain, South Africa, and some West African countries have conducted such surveys.

NAN reports that the survey would be conducted in 19 states including FCT across 121 local government areas.

The survey areas were chosen based on the outcome of the previous surveys guided by geological consideration.

It would be a passive technique that does not involve sending out any signals or sound waves into the ground and therefore remains a very safe aerial survey. (NAN)